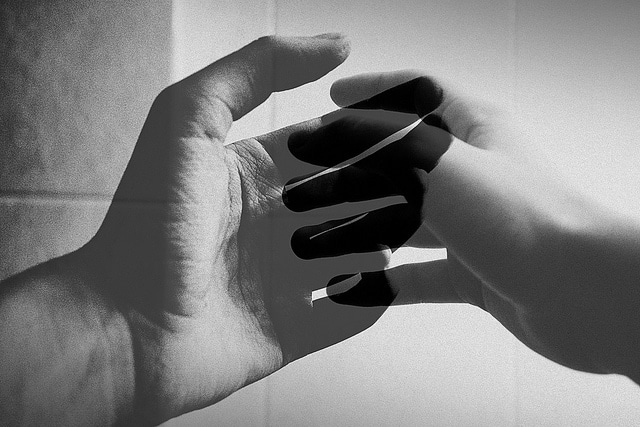 The first time I was a junior in high school. After a break up with my boyfriend, which was huge in my teenage world, I swallowed a bottle of aspirin, had my stomach pumped in the ER, and cheered at a football game later that night.

Fast forward two decades. I had now been married to the same boyfriend for 16 years and was a stay-at-home mother of two small sons. When the husband informed me that he wanted a divorce, I sped off in my minivan, bought a six-pack of wine coolers, an assortment of over-the-counter pills, and a couple of bottles of the night-time-so-you-can-rest medicine. Parking the van in a remote corner of a 24-hour store parking lot, I downed the toxic combination and stretched out on the back seat to die.

Hours later, I woke in a panicked stupor and tried to drive home, but proceeded to plow over a curb where I came to a stop, hung out of the door throwing up green goo, and passed out on the grass. Someone driving by called 911, and after being rushed to the ER and having my stomach pumped again, I suffered no physical consequences, but did spend a couple of days in the psych ward of the hospital.

The last time was more serious — much more.

After the end of the marriage in an ugly parting that made Divorce Court  look civil, and years of wrong turns, things not working out, and being flat-out disgusted with life, I attempted suicide again in June of 2007, by swallowing over 90 pills – mostly prescription. Because I wasn’t found in time, the drugs went all the way through my system wreaking destruction.

After a week in a coma, I woke up with a serious brain injury to a very different world. Immediately following the attempt, the ex sued me for custody of our sons, won, and promptly moved out-of-state with them.

At first, I was painfully embarrassed and ashamed to admit to anyone that I had tried to kill myself, had my children taken away, and had mental health issues. But during the first year after it all happened, I began to realize that my shame was like a black cloud I was willingly pulling around over my own head. I could step out from under it at any time. If I talked about these gasp-worthy events openly and refused to inflict any shame on myself, there was none for me.

The shame only existed if I imposed it on myself.

Over the years, I’ve healed tremendously both emotionally and physically and continued talking and writing about depression, suicide, and mental health. While I have seen some positive changes around the subjects as people have become more willing to share their experiences and less judgmental of others, I also see that we still have a long way to go.

Attempting suicide carries a huge stigma of shame, is hush-hushed, and makes people squirm uncomfortably. I believe that only by sharing honestly can we begin to heal ourselves and help others. Although I can’t begin to know what anyone else feels or speak for them, here are some things I want you to know about suicide.

According to the World Health Organization. Over 800,000 people die due to suicide every year and there are many more who attempt it. There is one death by suicide in the world every 40 seconds. Suicide is a leading cause of death among young people aged 15 to 29 years, accounting for 17.6 percent of deaths in high-income countries and 8.5 percent of deaths globally (World Health Organization, 2014).

A 2006 study of 26,000 college students showed that over half had considered suicide at some point. Eighteen percent of undergraduates had thought seriously about it. When I share my experiences, I often get a “me too” story from people telling me how they found themselves in a similar dark place at one time in their life. Just thinking about suicide is pretty common. Taking the thoughts seriously is an indication that all is not well. If we consider how many of us think about it, maybe we could find it in ourselves to be a little less judgemental of each other and ashamed of ourselves.

According to The Center For Disease Control, suicide among males is four times higher than among females, with male deaths representing 79 percent of all US suicides. However, females are more likely than males to have had suicidal thoughts, experience depression at roughly twice the rate of men and attempt suicide three times more often as males.

Evidence that suicide runs in families has been found in both case reports and epidemiological studies due to genetics and social modeling. For example, one study found that identical twins had a stronger incidence of suicide than fraternal twins, even when they were raised separately.

Suicide contagion can spread through a school, a community, or the public as a celebrity “suicide wave.” When the media splashes the details of a suicide all over, copycat suicides follow. After Marilyn Monroe’s death in 1962, suicides for the month went way up, and suicides across the nation in white females in their 30s and 40s in the year after she died increased significantly. There was a similar uptick after Kurt Cobain died in 1994.

Depression is a significant risk factor, but it’s only one thing contributing to suicide. Environmental factors such as stressful life events, access to firearms, suicide contagion, and others play a role. (Firearms are the most commonly used method of suicide among males and access to firearms correlates with a higher risk of suicide.)

When I tried to commit suicide each time, I was really trying to escape my feelings, thoughts, and situations I didn’t want to face or know how to navigate.  Back then, I believed I would feel the suffocating despair and helplessness forever, but now I know that’s not the case. Feelings pass. Circumstances change. Life can change drastically in a moment, a day, or over a year.

I didn’t see taking my life as a selfish act at all. In fact, I thought of it as a selfless act. I know how terribly skewed that sounds – now, but then, I honestly thought that the world, especially my sons, would be better off without me. My opinion of myself was that low. That’s the kind of thinking that leads to a suicide.

The reasons for any individual taking their life is complex, and it would be a mistake to assume anyone is to blame including the person who took their life. The cause of a completed suicide is never a single thing. It’s a combination of hundreds of things which may have happened in the distant past, impacting and shaping the person, which may not even be known. It’s biology. It’s psychology. It’s timing. No one ever knows. What I do know is that it’s futile and unproductive to try to pinpoint a reason.

My reason each time was that it was the option I chose at that moment. I’m not saying it’s right. I’m saying it’s the truth.

Someone who is suicidal needs a person to extend a hand, intervene with force, if necessary, to keep them safe until they can do so themselves and begin to take the steps towards healthier thinking. Your help may be unwanted at the time, and they may act like they hate you for it. That’s OK. They’ll get over it and be alive to do it.

I didn’t like it one bit and was mad as hell at those who saved me and continued to protect my life. I thought, “How dare they!  This is my life. Why don’t they mind their own business?” Now, I’m forever grateful to these people. Be a bother. Butt in. A suicidal person may not appreciate it right then, but they will later.

You can learn more about the risk factors for suicide and warning signs of suicide from the American Foundation for Suicide Prevention.

If you are suicidal: 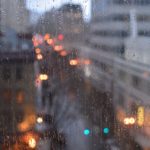 A Depressed Brain Lives In A Hostile World 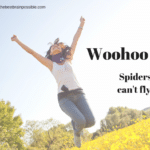 5 Things Sure To Make You Smile