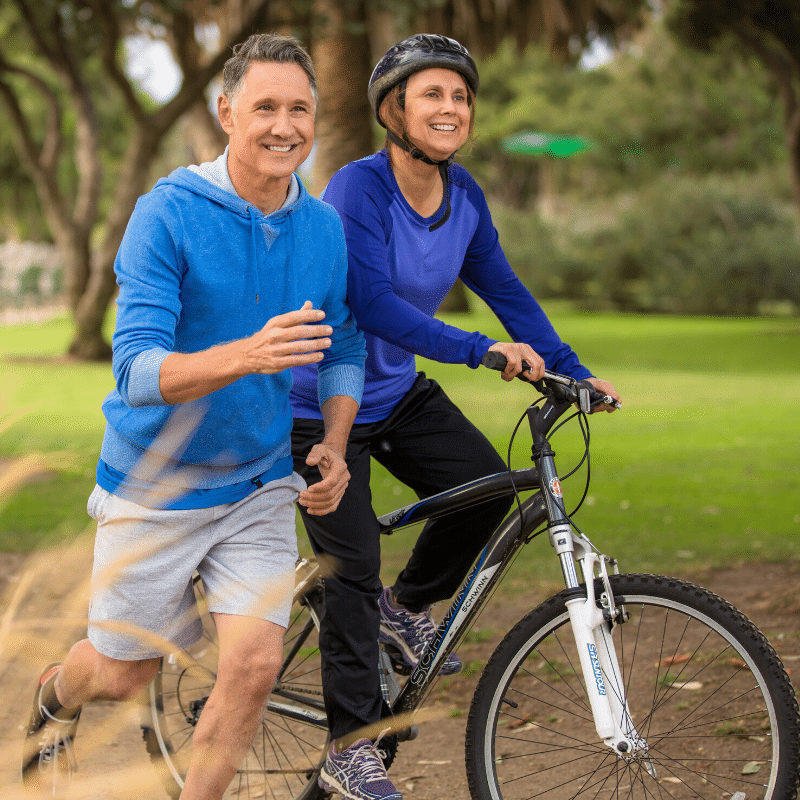 In the US today, about a staggering 5.3 million people have Alzheimer’s disease, and that figure is expected to triple by the year 2050, according to the Alzheimer’s Association. Yikes!

Just to clarify, Alzheimer’s is a progressive, degenerative disorder in which plaque and tangles form in the brain, and brain cells become damaged, resulting in the problems with memory and thinking and changes in behavior and personality. While costly tools, brain scans and spinal fluid analysis, do exist today to allow medical professionals to see the identifying features of the disease in the brain, most cases are diagnosed based on presenting symptoms once the disease has already set in.

Alzheimer’s and dementia aren’t the same thing. Dementia is a group of symptoms affecting mental abilities which can be caused by a variety of conditions, including Alzheimer’s, Parkinson’s, Huntington’s, infections, HIV, depression, chronic drug use, and more.

Solutions do exist which can help ease the symptoms of the Alzheimer’s, but once the disease is symptomatic, it’s considered incurable and irreversible. In Outsmarting Alzheimer’s: What You Can Do To Reduce Your Risk, Kenneth S. Kosik MD writes:

Studies indicate that Alzheimer’s changes begin in the brain long before any symptoms appear, maybe even twenty years prior. Currently, there’s no drug or technological treatment for Alzheimer’s, but research is showing that lifestyle habits can dramatically reduce your risk of developing the disease and delay its onset.

The time to treat Alzheimer’s is before the symptoms appear.

A recent study, including more than a thousand people, aged 60 to 77, at risk for Alzheimer’s, determined that those people, who changed their lifestyles to include regular exercise, healthy eating, brain training, and management of metabolic and vascular risk factors, scored 25% higher than the control group on tests of memory, thinking, and problem solving.

In some particular areas, the results were profound. The scores of the better brain living group were a whopping 83% higher for executive functioning and processing speed was 150% higher! Researchers found that even people already experiencing early symptoms of dementia benefitted from the changes.

Habits Proven to Protect Your Brain

In Outsmarting Alzheimer’s: What You Can Do To Reduce Your Risk, Dr. Kosik outlines six key habits that have the most documented evidence for protecting your brain in what he calls a “Brain Smart Plan” :

Social Smarts – You can slash your risk of cognitive decline by staying actively connected to and supported by family and friends. Spending time with others helps to reduce stress levels and keeps many cognitive skills sharp. According to one study, “Lonely individuals may be twice as likely to develop the type of dementia linked to Alzheimer’s disease in late life as those who are not lonely.”

Meal Smarts – Diets rich in plant foods and low in highly processed foods preserve brain function and overall health. Brain smart eating also includes fish, a small amount of meat, olive oil, nuts, and some wine, coffee, and dark chocolate in moderation. Recent research showed that the MIND diet lowered the risk of Alzheimer’s by as much as 53 percent in participants who adhered to the diet rigorously, and by about 35 percent in those who followed it moderately well.

Aerobic Smarts – Kosik says, “The more you move, the fewer brain cells you lose.” Exercise even boosts the production of new brain cells. The amount of activity needed and level of intensity to benefit is surprisingly low. People who worked out at least three times a week for a minimum of 15 to 30 minutes were less likely to develop Alzheimer’s disease, even if it ran in their family according to one study. Exercise increases blood flow to the brain. Exercise triggers the release of brain derived neurotrophic factor (BDNF), which promotes neuronal growth and survival, reduces inflammation, and supports the formation of long-term memories. (For more info, see How Exercise Helps Your Brain)

Resilience Smarts – Long term, unrelenting stress, anxiety, depression, and other chronic emotional problems can raise your risk of Alzheimer’s by as much as 135% says Kosik. On the other hand, meditation, deep breathing, massage, and other relaxation practices can keep your brain calm, resilient, and healthy. Not all stress is bad, but chronic stress, can actually damage the brain. Various studies have shown that too much stress and elevated cortisol levels can can generate overproduction of myelin-producing cells, inhibits the birth of new neurons and causes the hippocampus, a brain structure integral to learning and memory, to shrink.

Train-Your-Brain Smarts – The more you challenge your brain, keep it stimulated, active and out of its comfort zone, the better equipped it will be to fend off Alzheimer’s. A Mayo Clinic study showed that a college education, mentally demanding job, and intellectually engaging hobbies postponed the development of Alzheimer’s in people who carried one of the “Alzheimer’s genes” by almost a decade. People without a high risk gene, were able to delay the disease even longer. It’s thought that ongoing education and mentally challenging work build “cognitive reserve,” the capacity for the brain to cope better and keep working properly even if brain cells are damaged or die.

Sleep Smarts – In Skimping On Sleep Can Make You Sick, Fat, And Stupid, I write:

Lack of sleep slows down your thinking, impairs your memory, concentration, judgment, and decision-making, impedes learning, and contributes to depression. Sleep is absolutely essential for your brain to work properly because during sleep your brain is busy processing information, consolidating memories, making connections, and clearing out toxins. When asleep, your brain does its housekeeping and not having adequate time to do this could potentially accelerate neurodegenerative diseases.

When you sleep too few hours or not deeply enough, you not only feel foggy and less alert the next day, but an ongoing sleep deficit prematurely ages your brain and raises the risk for developing Alzheimer’s disease. 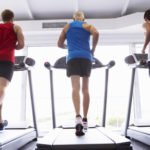 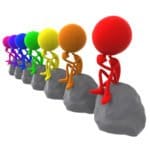 How Your Mind Shapes Your Brain