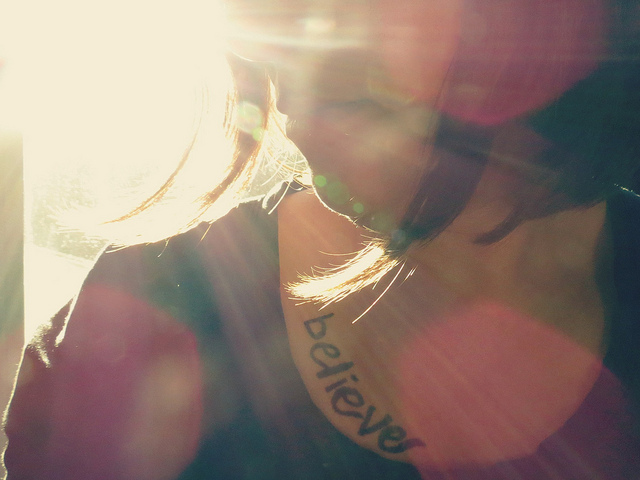 We’ve all heard and probably even uttered “I’ll believe it when I see it!”

you had to believe it to see it?

In The Intention Experiment: Using Your Thoughts to Change Your Life and the World, Lynne McTaggart writes:

A sizable body of research exploring the nature of consciousness, carried on for more than thirty years in prestigious scientific institutions around the world, shows that thoughts are capable of affecting everything from the simplest machines to the most complex living beings.  This evidence suggests that human thoughts and intentions are an actual physical “something” with astonishing power to change our world. Every thought we have is tangible energy with the power to transform. A thought is not only a thing; a thought is a thing that influences other things.”

It’s been well documented that directed thoughts can affect a person’s own body in numerous ways.  But did you know that thoughts have been shown to alter some biological processes in another person including gross motor movements, and those of the heart, eye, brain, and respiratory system?  Researchers have demonstrated that human intention can affect a variety of other living systems such as bacteria, mice, cats, and dogs and even the direction in which fish swim.

Quantum physics has proven that living things are constant transmitters and receivers of measurable energy.  Thoughts are bundles of electromagnetic energy, and new models of consciousness depict it as being able to move beyond physical boundaries like energy.

“Intention appears to be something akin to a tuning fork, causing the tuning forks of other things in the universe to resonate at the same frequency,” McTaggart writes.

Wild! Huh?  These findings totally go against the definition of reality that most of us grew up with, including me – but what if it IS true?

Thoughts are not magic (unfortunately)

Such evidence is the basis for some belief systems made popular by The Law of Attraction (LOA) and The Secret.  All too often, this concept has been exploited promising anyone that they can get rich and famous, find the person of their dreams, or get skinny instantly and effortlessly just by thinking the right thoughts.  All you have to do is visualize it and *POOF* like a universal vending machine.  It’s not quite that simple or direct.

However, let’s assume for a minute that there is some truth to the concept. If you are constantly thinking about how you don’t have enough money and all the bills piling up, how do you think these thoughts are going to influence your reality if they do even a little bit?   If you worry unrelentingly about getting cancer and freak out at every little thing, what kind of energy are these thoughts emitting and subjecting your body to?

Conversely, if money is tight, but you focus on your competence and the abundance that’s present in your life otherwise, how’s this going to influence your reality?

Worry has become seen as normal, responsible, and mature.  In my own experience, not worrying felt so foreign to me at first I felt like I was deluding myself and being irresponsible. Now, I’m not advocating anyone carelessly throw caution to the wind and totally ignore possible consequences, just don’t dwell on and feed the negative ones. Make a point to give your thoughts and energy to the positive possibilities.  It’s just as easy.   Besides maybe affecting the outcome, focusing on the positive makes the experience much more pleasant as you go through it.

Recently, I sold my house and moved.  While going through the process, I visualized the transition being smooth and easy which it was for the most part. In a depressed real estate market, my house sold in just 4 days!  This good fortune, however, posed a challenge as I had no idea where I was going to move.  The buyers offered to let me rent the house back from them for several months before moving. Perfect.

Remember the Staples “easy button” that was a central part of their marketing campaign years ago?   Upon pressing the big red “easy” button, a synthesized voice said, “That was easy.”  Before the for sale sign even went in the yard, I envisioned pressing that button after the move and feeling a big sigh of relief along with it.

Try conducting your own intention experiment with something in your life.  It can’t hurt! 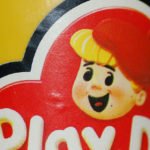 The Play-Doh in Your Head 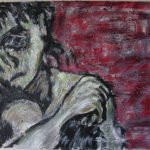 Deeper Than Down In The Dumps