There’s a Japanese proverb that says:

Fall down seven times.  Get up eight.

This quote makes me think of being bouncy like Tigger.  The ability to come back, resilience, is one of the necessary skills Jeff Brown and Mark Fenske cite in their book The Winner’s Brain: 8 Strategies Great Minds Use to Achieve Success needed to develop a winner’s brain.

They depict a bouncy brain as one that:

…recovers from life’s challenges by dealing with shortcomings, misfires and failures whether they are self generated or brought on by circumstances beyond one’s control.  Winner’s reframe failures so that they work to their advantage and recognize that when things don’t go according to plan, the journey isn’t necessarily over – and, in fact, failure is often a new opportunity in disguise.

One strategy they suggest to aid in developing and strengthening resilience in yourself is to find a “failure role model.” Current culture and history is full of them:

These people demonstrate how true it is that the road to success is littered with potholes. Think about your own life.  I bet you can come up with some resilience role models you know personally.

About 9 months after attempting suicide which resulted in a serious brain injury, I went into a yoga class and thought “Hey, I know that guy!”  It was Charlie Engle. We had worked as lifeguards together one summer in college, and he dated my roommate. I remember slinking around the pool one night with our faces partially submerged…just our eyeballs sticking up out of the water like an alligator being “pool iguanas” together in an altered state which, of course, we thought was absolutely hysterical at the time. We began to get reacquainted and fill each other in on what had been going on for the last 25 years or so for each of us.

Turns out, Charlie had continued the party after college to go on to lead a life of drug and alcohol addiction.  But, he got clean and sober in 1992 and went on to run across the Sahara Desert at the age of 44 with two other men!  That’s runnings 4,500 miles in 111 days which is the equivalent of two marathons each day. (Makes me tired just to think about it!) The expedition was covered in a  documentary, Running The Sahara, narrated by Matt Damon. Charlie has also done some other pretty amazing things like run/bicycled across America and has given his support to and headed numerous local, national, and global charitable efforts. Wow!

To me, Charlie was still just Charlie, but his example did get me to thinking, “if  ‘just Charlie’ could turn it around and go on to not only live a ‘normal’  life but to thrive and help others–maybe–just maybe, I can too.”  For the first time, it occurred to me that it might actually be possible to clean up and make something of the huge mess I had made of my life.  Charlie was a tremendous inspiration to me.  He was failure role model in real life!

When you find yourself staring misfortune squarely in the face, you have two choices. You can look back and focus on the regrets and wrong turns that got you there.  OR  You can bounce back by taking a deep breath, focusing on the next right step, and take it.  Then take the next right step.

Here’s to being bouncy! 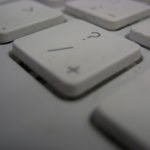 One Little Question That Will Help You Get Through Anything 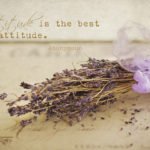 Wanting What You’ve Got