Every second of every day, every time you think a thought, feel a feeling, or execute a behavior there are many corresponding changes in your neurocircuitry.  This ability of your brain to adapt its way of operating and to physically change based on stimuli is known as neuroplasticity.

It used to be widely accepted that the brain went through a few explosive periods of growth and change during adolescence.  Now, it is known that this capability is present until the day you die.

The thing is, you are shaping your brain all the time whether you are doing it consciously or not.  I like to think of the brain like play dough minus the funky smell.  Just like play dough, it’s malleable.  With a little effort and practice, you can shape a masterpiece or you can randomly make a mess in your head. (See: Neuroplasticity: Masterpiece or Mess)

If you sit around and watch TV for hours, you are shaping your brain accordingly. If you live a stressed out, anxious life, you are supporting and reinforcing those connections in your brain.  If you always see the glass as half empty and think angry, negative thoughts, you are making a hostile negative brain.  With repetition over time, these things lead to actual, physical changes in your neural patterns.

In their book, The Winner’s Brain: 8 Strategies Great Minds Use to Achieve Success, Jeff Browne and Mark Fenske describe the “win factor” of adaptability as being a person’s ability to take advantage of and control over the neuroplastic process by intentionally directing the changes in your brain in order to achieve your goals.  The authors call this neuroflexibilty – the equivalent of a mental backbend.

Neuroflexibility takes work, commitment, and dedication.  Deeply plastic changes can take years.  However, you can see exterior, behavioral changes way before then.  Even minuscule physical changes in the brain can bring about major changes in your life.

Transformation can be consciously directed by such practices as cognitive behavioral therapy or by purposefully making choices that challenge you by putting you in new situations and stretching your current abilities. Getting out of your comfort zone forces your brain to stretch and bend and grow.

They tell of the example of Stephen Harris in the book.  At the age of 17, he was the bass player of the legendary music group The Cult.  Remember them? Since then, he has been a successful painter, a rock climbing instructor, and is now a student on scholarship at medical school.  That’s some major brain-bending!

In my own life, I have made radical changes in my thinking and behaviors in the last couple of years.  Think complete turnaround.  If I did not look the same on the outside, I doubt that people would recognize me.

Having a global brain injury actually assisted me in adopting new ways of thinking and behaving because the injury obliterated many of the well-carved pathways already established in my brain.  To be able to learn to live and function again, I had to grow new connections.  It was a major brain bend.  I could have just gone back to the same patterns and grown the same old brain, but it had not served me too well before which was evident by my suicide attempt.

And, for the most part, I didn’t even remember what they had been.  I like to think that I upgraded to a better model!

Now, while I do not advise a brain injury for anyone….you can do it too.  Go ahead.  Be brave.  Step outside of your box.  Bend your brain! 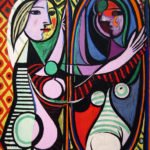 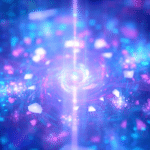 In Two Places At Once