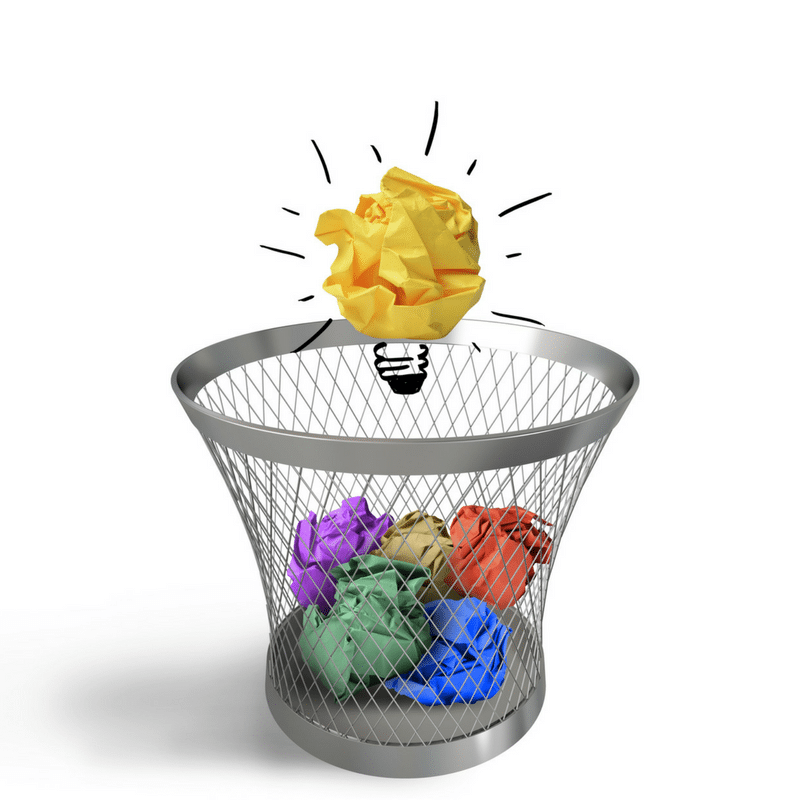 When you allow your brain to integrate new information with existing knowledge on a subconscious level, it can establish new connections and see patterns not obvious to your conscious mind. Creative solutions and ideas are more likely to bubble up from a brain that applies unconscious thought to a problem, rather than going at it in a deliberate approach with your frontal lobe. When your thinking brain is on thinking and inundated with information,  it doesn’t have the opportunity to connect concepts or make creative leaps.

Science shows that your brain’s resting-state circuitry, called the default mode network (DMN) — which is activated when you stop thinking about something specific and just veg out — is the best place to park a problem. In the DMN, your brain does some of its best, wisest, and most creative work.

More Information Is Not Always Better

Research indicates that people like to have choices when faced with making a decision. However, if they are given too many choices, they feel less happy about their decision and are less satisfied with the decision-making process itself. One study showed that as people received more information, activity increased in the region of the brain responsible for decision-making, problem-solving,  and control of emotions, the prefrontal cortex. However, when the load became too much it was as though a breaker in the brain was tripped and the prefrontal cortex just shut down.

Your working memory is limited.

Even though the brain can store virtually limitless amounts of information in long-term memory, you can only keep a limited amount of information in short-term (STM) memory at one time. Research shows that the average span is 7.3 for letters and  9.3 for numbers. Information stays in STM  between 15 and 30 seconds.  Then, it either attended to by working memory or discarded.

You learn better with spaced session than with contiguous practice.

You probably know from experience and science confirms that your brain performs better if you take in information in chunks with regular breaks rather than trying to cram everything into one long session. Your brain needs downtime to consolidate the incoming information before you can use it effectively. Studies show that napping can improve memory and creative problem-solving .

Why Your Unconscious Brain May Have The Answer

Research suggests that thinking about an issue too methodically is often a detriment to problem-solving because your brain actually blocks potential solutions from registering into consciousness through a phenomenon known as cognitive inhibition.  Basically, your mind tunes out any information it deems not relevant to the issue you are focusing on. But, the answer may reside in that extraneous info.

Mark Beeman Ph.D., a cognitive neuroscientist at Northwestern University, and John Kounios Ph.D.,  a professor of psychology at Drexel University, have been studying problem-solving anbd “Aha moments”. In the report, The Aha! Moment, The Cognitive Neuroscience of Insight, they write:

A sudden comprehension that solves a problem, reinterprets a situation, explains a joke, or resolves an ambiguous percept is called an insight (i.e., the ‘‘Aha! moment’’). Psychologists have studied insight using behavioral methods for nearly a century. Recently, the tools of cognitive neuroscience have been applied to this phenomenon. A series of studies have used electroencephalography (EEG) and functional magnetic resonance imaging (fMRI) to study the neural correlates of the ‘‘Aha! moment’’ and its antecedents. Although the experience of insight is sudden and can seem disconnected from the immediately preceding thought, these studies show that insight is the culmination of a series of brain states and processes operating at different time scales. Elucidation of these precursors suggests interventional opportunities for the facilitation of insight.”

The article, The Meaning (and Science)  Behind Those Life Changing, Transformation Aha Moments, explained it this way:

‘It’s a bit like trying to look at a dim star,’ Beeman says. ‘You have to turn your head and spy it out of the corner of your eye; if you look at it directly, it disappears.’ In lab experiments, subjects who are given a brainteaser and sleep on the problem or otherwise back away from it are usually more likely to solve it than if they just keep pounding away.”

Timing is critical when it comes to putting your problem-solving subconscious mind to work for you. If you stay in the deliberate mode of thinking too long, you can inhibit possible solutions from emerging.  However, if you back off of a problem too soon, before you have all the puzzle pieces, your brain doesn’t have the information it needs to come up with an answer. The trick is to know how much time to spend concentrating on a problem and when to ease off and let your subconscious brain do the heavy lifting.

Research shows that there’s a predictable pattern of neurological activity that’s your brain’s go-to state when it’s at rest, not focused on anything in particular, or actively engaging with its environment. This resting state of your brain is called the default mode network (DMN). Ruminating and worrying takes place in the DMN.

Science discovered the DMN using fMRI studies where people were asked to lay in the scanner with no specific thinking assignment. The DMN refers to the “internal mode of cognition,” which is a very abstract concept.  One study provided empirical support that the DMN is one of the most abstract networks in your brain.

Research shows that the harder and more cognitively demanding a particular task is, the less the DMN is activated. Decreased activation of the DMN can also be brought about by mindfulness practices such as yoga and meditation. Specifically, researchers who examined brain activation during meditation using functional MRI, found decreased activation of regions related to the DMN. The researchers also suggested that meditation training can increase the synchronization of activation between DMN regions that are related to the awareness of the ‘self’. 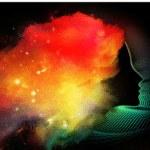 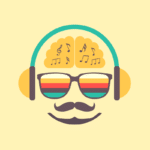