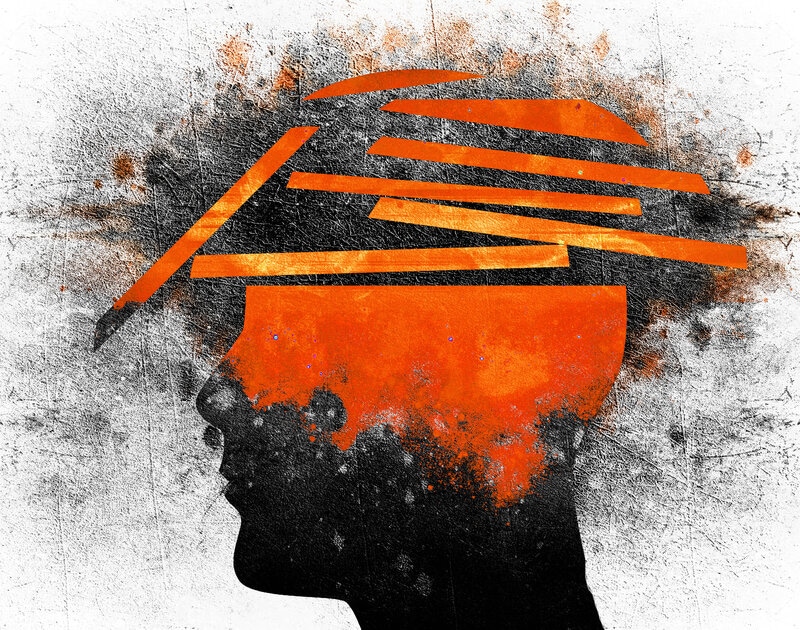 Dopamine is a feel-good neurotransmitter produced in your brain and gut. The nervous system utilizes it to deliver signals between nerve cells in the brain. It also transports signals to the body and is essential to movement. You can get an increase in dopamine levels in many ways — too many — in our modern world.

Every time your phone dings, or you see likes and shares on your social media post, level up in a computer game, hear a song you like, eat something yummy, buy something, exercise, have sex, or a million other things, your brain immediately rewards you by releasing the neurochemical.

You may be thinking, “If dopamine is associated with pleasure, what’s the problem?”

To put it simply, the more often you engage in activities that spike your dopamine, the harder it becomes to experience the same level of satisfaction in the future. All the spikes you get these days in our modern world actually lower your baseline level and can leave you feeling “blah.” Dopamine is intricately linked to depression.

Your Brain Is Wired to Seek Pleasure

Your brain and body are literally wired to seek pleasure. It’s how our ancestors were motivated to find food, shelter, and mating opportunities. It’s all tied to your brain’s reward circuit and dopamine. Physically, dopamine gives your brain energy, motivation, a rush, and that “switched-on” feeling — kind of like that first cup of coffee in the morning.

Dopamine is behind all human reward-seeking behavior. You can think of it as governing “movement” — physically and motivationally. It determines “salience” or how important something is to your brain. In an evolutionary context, it rewards us for beneficial behaviors and motivates us to repeat them.

It’s the primary neurotransmitter behind drug addiction. In fact, dopamine is responsible for any addiction because it promotes any goal-directed, motivated behavior — bad or good. Physically, dopamine affects the processes that control movement and plays a crucial role in Parkinson’s disease.

Low dopamine can leave you feeling blah and unmotivated and result in physical symptoms similar to Parkinson’s disease. Research shows that too little dopamine can cause depression, anxiety, fatigue, apathy, slowed thinking, memory impairment, the inability to feel enthusiastic about anything, lack of motivation, excessive sleep, tremors, and more.

So, a lot of dopamine would be a good thing, right?

According to Andrew Huberman, a tenured professor of neurobiology and ophthalmology at Stanford University School of Medicine:

Living in a dopamine-driven world makes it harder and harder to feel pleasure.

Your Baseline Level of Dopamine

Your body tries to maintain a consistent baseline level of dopamine at all times. This level influences how you generally feel overall — whether or not you’re in a good mood and motivated. As you go about your day, your dopamine level fluctuates based on the stimuli you encounter in your environment. The modern world causes dopamine release at about every turn.

Immediately after you experience something pleasurable or have a craving satisfied and dopamine is released, your baseline level subsequently drops because your body is trying to balance out the increase you just had. While you would think you’re going to feel really good after you do something pleasurable because of increased dopamine, that is not the case. Release ultimately leads to lower levels.

The constant stream of dopamine we get these days influences the baseline level of the neurochemical circulating in our bloodstream. And while you’re chasing and receiving dopamine hits, your brain is balancing out the influx by reducing the number of dopamine receptors. This causes your brain to settle in a low baseline state of unease or unhappiness. And it also causes you to require more stimuli to register the same pleasurable feelings the next time.

When talking about a “dopamine hit,” it is important to understand how your recent history matters. This is a crucial factor in how dopamine is going to affect you at any given time. According to Andrew Huberman, in his podcast, Controlling Your Dopamine for Motivation, Focus & Satisfaction,

… how much dopamine is in our system at any one time compared to how much dopamine was in our system a few minutes ago and how much we remember enjoying a particular experience of the past, dictates your quality of life and desire to pursue things. This is really important. Dopamine is a currency. It’s the way you track pleasure. It is the way that you track success. It’s the way that you track whether or not you are doing well or doing poorly. And that is subjective. 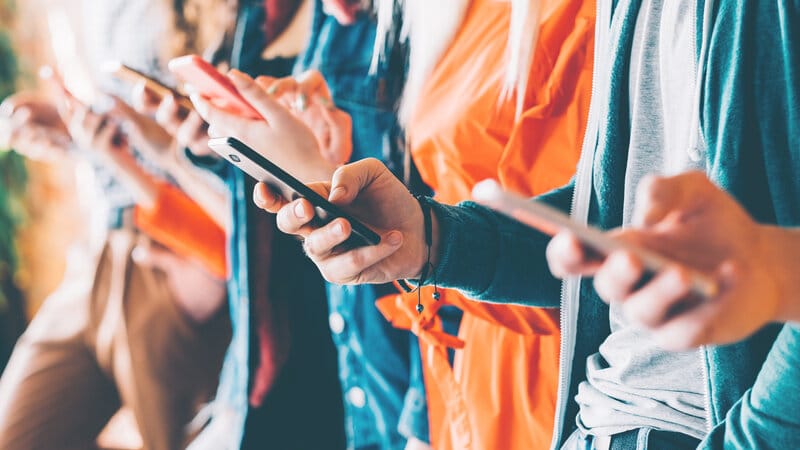 In a Wall Street Journal article, Digital Addictions Are Drowning Us in Dopamine, Dr. Lembke, a psychiatrist and professor at Stanford University, adapts information from her book, Dopamine Nation: Finding Balance in the Age of Indulgence:

… one of the most important discoveries in the field of neuroscience in the past 75 years is that pleasure and pain are processed in the same parts of the brain and that the brain tries hard to keep them in balance. Whenever it tips in one direction it will try hard to restore the balance, which neuroscientists call homeostasis, by tipping in the other.

As soon as dopamine is released, the brain adapts to it by reducing or “downregulating” the number of dopamine receptors that are stimulated. This causes the brain to level out by tipping to the side of pain, which is why pleasure is usually followed by a feeling of hangover or comedown. If we can wait long enough, that feeling passes, and neutrality is restored. But there’s a natural tendency to counteract it by going back to the source of pleasure for another dose.

If we keep up this pattern for hours every day, over weeks or months, the brain’s set-point for pleasure changes. Now we need to keep playing games, not to feel pleasure but just to feel normal. As soon as we stop, we experience the universal symptoms of withdrawal from any addictive substance: anxiety, irritability, insomnia, dysphoria, and mental preoccupation with using, otherwise known as craving.”

This type of fasting has nothing to do with food. It involves abstaining from all pleasurable activities that would stimulate dopamine for chunks of time. The goal is to try to give your body time to reset dopamine levels by completely avoiding anything that brings you pleasure.

Cameron Sepah, Ph.D., a clinical professor of psychiatry at the University of California, San Francisco, developed the practice. Sepah says dopamine fasting is “the antidote to our overstimulated age.” But his original version differs from popular practices touted around the web, which often takes his concept to extremes. Sepah doesn’t recommend avoiding all stimulation, but only giving up a specific problematic behavior. You can read Sepah’s original suggestions here.

Science has not confirmed the claims of “dopamine fasting.” In the article, Dopamine Fasting Probably Doesn’t Work, Try This Instead, Professor Kim Hellemans, a neuroscience researcher at Carleton University in Canada says:

In people who don’t struggle with an addiction, how much would a day’s worth of fasting or staying away from stimuli actually result in meaningful change in the brain’s dopamine motive system? It’s unlikely to provide much of a benefit.”

The article suggests that dopamine fasting is simply “taking a break” and recommends unplugging from everything once in a while. 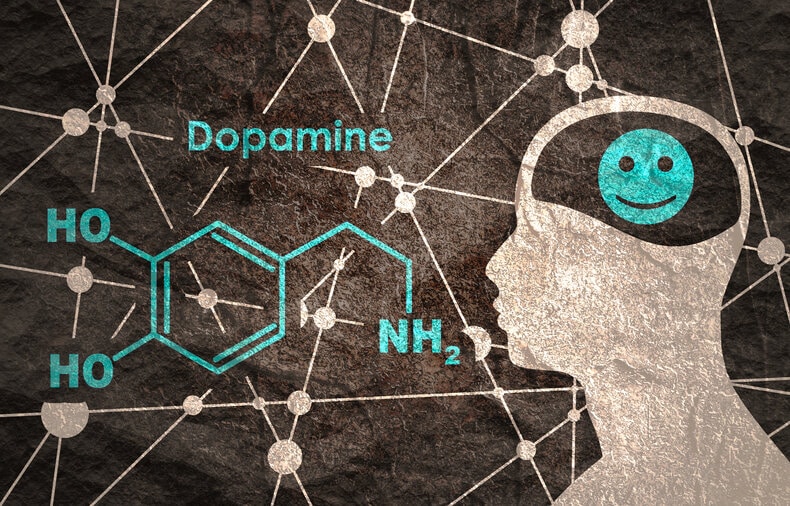 In his book Atomic Habits, James Clear introduces the concept of “habit stacking.” Essentially, it is strategically pairing desirable activities with undesirable ones to make them more likable. For example, you could pair listening to music with doing the dishes to make the chore more enjoyable.

While this practice can be an effective way to build better habits, we often stack habits that are already enjoyable. This results in a super-spike of dopamine. Some examples would be drinking a large latte before working out or eating your favorite snack while watching Netflix. (I’m guilty of this last one!)

When possible, he advises us to unstack pleasurable activities and shift the focus away from any potential reward. Let the activity itself be the reward. While working out, alleviate distractions, put your phone in a different room, and focus on what you’re doing. Over time, you will get more satisfaction from the exercise itself. Unstacking activities can be challenging. Most of the time, we aren’t even aware we’re doing it. When just starting out, the first step is just noticing that you’re doing it.

The problem is the more we spike our dopamine, the lower our baseline becomes.

Your brain sees food as a reward. Intermittent fasting (IF) can alter your brain’s sensitivity to dopamine. IF is an eating pattern that cycles between periods of fasting and eating. It doesn’t specify which foods you should eat but rather when you eat.

Studies have found that food restriction decreases baseline dopamine levels and results in enhanced dopamine release in response to rewarding and reinforcing substances.  When dopamine receptors are exposed to it less often, they become more sensitive. In other words, not constantly rewarding your brain with food makes it more sensitive to and appreciative of all rewards. I’ve been practicing IF for years, and I didn’t know that! 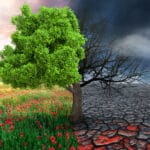 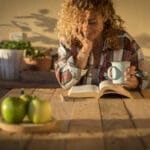