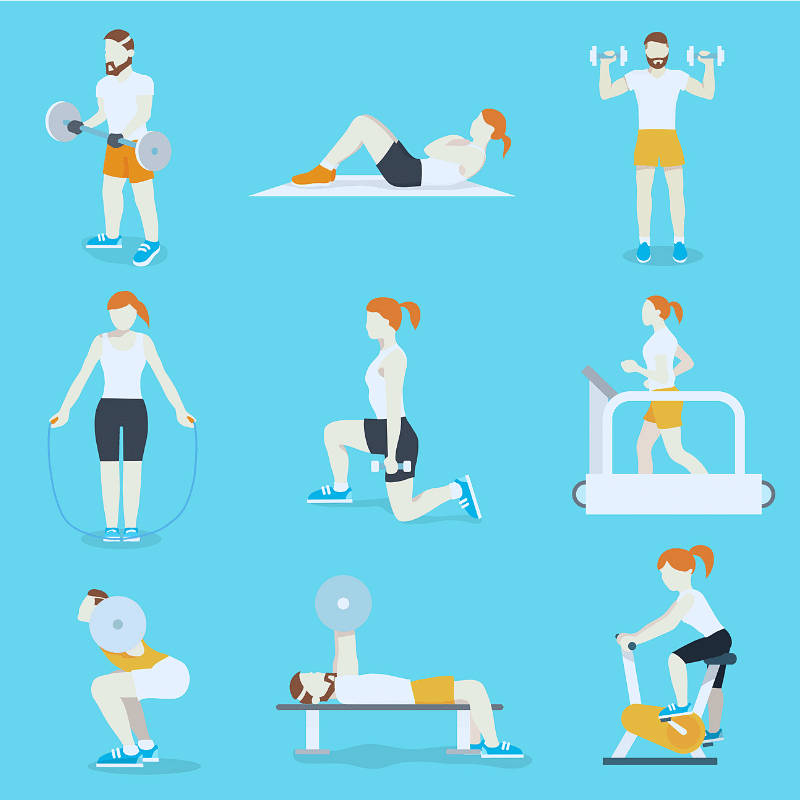 We all know that exercise has unparalleled power to improve physical health. But did you know that science is showing that it is one of the best things you can do for your brain? This, in turn, benefits your mental health considerably. Research has confirmed that physical exercise improves memory and thinking skills, mood and creativity, and learning while reducing age-related decline, the risk of dementia and Alzheimer’s, and depression.

It’s that last one we’re going to focus on. You can incorporate regular exercise into your life as an effective preventative and treatment for depression. One Harvard study showed that exercise is every bit as powerful as medication for treating the symptoms and root causes of depression. Another meta-analysis said this:

Science shows that exercise is as powerful as medication for treating depression.

Why Exercise Helps Your Mood

As stated in the quote above, we don’t really know all the details of exactly why exercise helps depression. There are a couple of possible scientific explanations. Personally,  I think it’s most likely to be a combination of these.

The thermogenic hypothesis suggests that the rise in core body temperature during and following physical activity causes the reduction of depression symptoms. Studies show that increases in temperature of specific brain regions, such as the brain stem, can lead to an overall feeling of relaxation and reduction in muscular tension. This produces a kind of “tranquilizer effect”.

The endorphin hypothesis proposes that the positive effects of exercise come from the increased release of endorphins during and following exercise. Endorphins are chemicals produced naturally by your nervous system to cope with pain or stress. They are often called “feel-good” chemicals because of their pain relieving and happiness boosting abilities. They might also be the body’s natural antidepressant. Endorphins correlate with a positive mood and an overall enhanced sense of well-being.

The monoamine hypothesis might be the most promising of the proposed physiologic mechanisms. This theory states that exercise leads to an increase in the availability of brain neurotransmitters, such as serotonin, dopamine, and norepinephrine. These brain chemicals largely determine mood and are often low in depressed people.

As the name suggests, the distraction hypothesis suggests that physical activity serves as a distraction from worries and depressing thoughts. In general, distracting activities have been shown to have more influence on the management and reduction of depression than the use of more self-focused or introspective practices.

The enhancement of self-efficacy through exercise may be another reason for its antidepressant effects. Self-efficacy refers to the belief that a person possesses the skills to complete a task to obtain the desired outcome. Depressed people often feel powerless to bring about any positive outcomes in their lives. This negative feeling perpetuates more negative self-evaluation, rumination, and patterns of thinking. Exercise may provide a depressed individual with a meaningful sense of mastery and control.

What We Do Know About How Exercise Improves Your Brain

In Spark: The Revolutionary New Science of Exercise and the Brain, psychiatrist John Ratey explores the neuroscience behind beneficial effects of aerobic exercise on anxiety, stress, depression, learning, aging, and attention deficit disorder. According to Ratey:

Even people who are overweight and who start exercising see improvements in mood and cognition in as little as 12 weeks.”

Moving your body increases the blood flow to your brain which elevates oxygen levels and triggers biochemical changes and increases in brain-derived neurotrophic factor (BDNF) production. BDNF is a protein produced inside nerve cells. It acts as a fertilizer to help them function optimally, grow, and make more new neurons.

These conditions encourage your brain to form new neural pathways and synaptic connections, a process known as neuroplasticity. Neuroscientists have noted that the hippocampus, which helps regulate mood, is smaller in depressed brains. Exercise supports nerve cell growth in the hippocampus, improving cell connections, which may help counter this and relieve depression.

The Benefits Continue After Physical Activity

While exercise certainly helps your brain while you’re doing it with increased oxygen, blood flow, and neurochemicals. as mentioned above, Ratey explains that it’s what happens AFTER exercising that optimizes the brain in the long run. When you exercise regularly, some of the ongoing effects of exercise include:

These changes combine to yield a brain that can keep cortisol in check, repair itself, and prevent the damaging effects of stress. 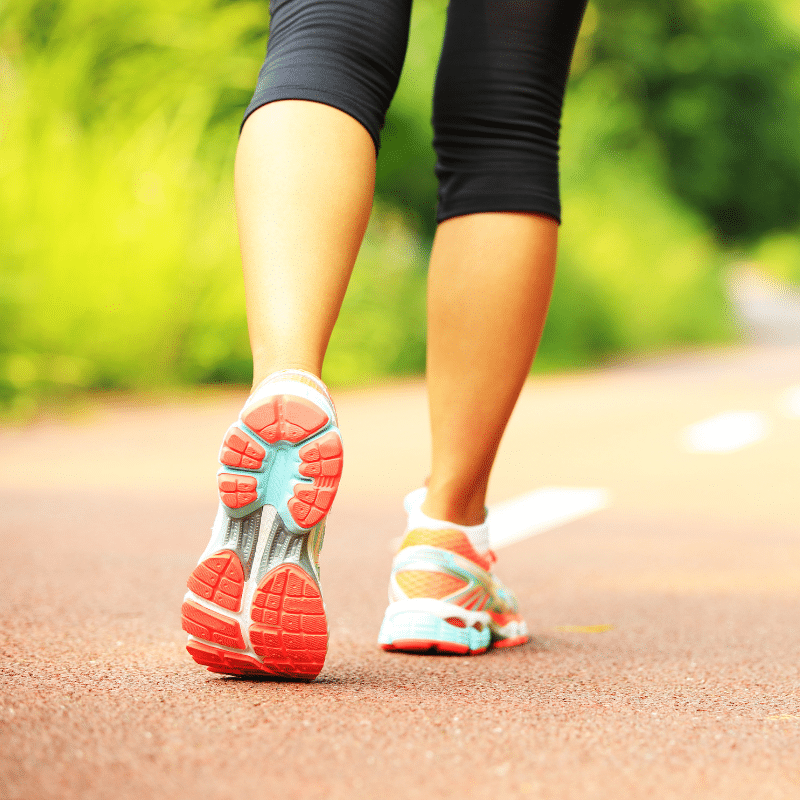 Other Things To Consider

What Exercise Is the Best to Fight Depression?

Some studies show aerobic exercise to be the most beneficial for improving depression with running and walking topping the list. High-intensity exercise releases more endorphins – which is great if you can do it. But it’s good to know that there is also real benefit in low-intensity exercise sustained over time.

Two studies investigated the effects of running vs lifting weights in depressed people. Both experiments had very similar results. In one study, 40 women with depression either ran or lifted weights four times a week for eight weeks. In the second study, 90 depressed people were assigned aerobic exercise (jogging or brisk walking) or non-aerobic exercise (strength-training, stretching, relaxation, coordination and flexibility training) for 60 minutes, three times a week, for eight weeks. Both studies concluded that exercising clearly reduced depressive symptoms, but no significant difference in the activity performed was noted.

Of course, the best exercise for you is the one that you will do consistently and enjoy. It’s that simple.

The best exercise for you to reduce depression is the one that you will do.

How Much Exercise Is Enough?

Research has shown that burning 350 calories three times a week through sustained, sweat-inducing activity can reduce symptoms of depression as effectively as antidepressants. One study found that three sessions of yoga per week boosted participants’ levels of the brain chemical GABA, which typically translates into a better mood and decreased anxiety.

Any exercise is better than none and is going to give you some brain benefit. One study noted that a single ten-minute bout of physical activity in an academic setting boosted attention and problem-solving skills in kids. Another study observed mental health benefits after just 20 minutes of physical activity. The results also showed that more exercise and higher intensity correlated with better effects.

Exercise is a safe, effective way to help prevent and manage depression. It allows a person to use the natural processes of their own body to counter depressive symptoms and optimize brain health. Unlike medication, the side effects of exercise are other health benefits. Some side effects are protecting against heart disease and diabetes, improving sleep, and lowering blood pressure.

Exercise as a treatment for depression is a long-term solution, not a quick fix. You will want to pick an activity you can sustain over time. The key is to make it something you like and something that you’ll want to keep doing.

Sofia Alves is an avid runner, conveyor of messages, sunshine addict. Guided by the belief that health is a choice, she recently started sharing her knowledge as a contributing writer at Jogging Addiction. In her free time, you can usually find her sharing stories with friends over a glass of dry wine and a plate of her favorite pesto spaghetti. 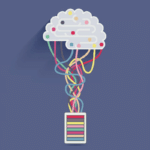 2 Ways Your Phone Is Reducing Your Brain Power 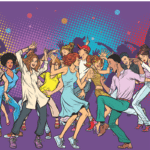 How Dancing Gives Your Brain and Mood a Big Boost