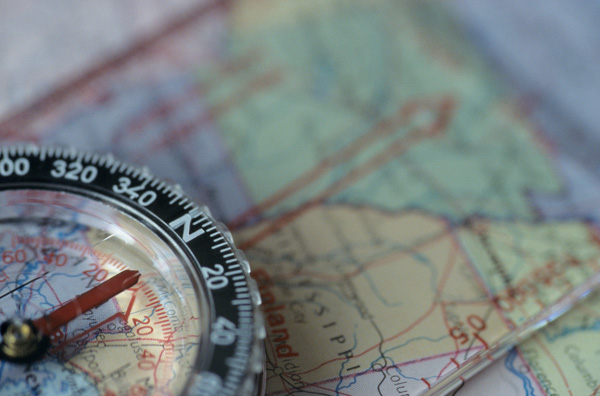 In a sport called orienteering, participants receive nothing but a map and a compass and have to find their way to locations on the map and back to the starting point. They are not limited as to how they can find the target locations except by their thinking.  They can hike, ski, swim, or get creative as long as they get there, but using a vehicle of any kind is cheating.

Life is a lot like orienteering.  My experience of recovering from a brain injury has made me really good at it.

New Ways to Feel and See

In his book, The Brain That Changes Itself: Stories of Personal Triumph from the Frontiers of Brain Science, Norman Doidge tells of Paul Bach-y-Rita, a scientist and rehabilitation specialist, who developed a “tactile vision device” which allows cognitively blind people to see by their brains interpreting sensations from their skin (See blog: Seeing With The Brain). He developed a glove for NASA astronauts with sensors on the outside allowing them to feel and perform delicate movements. He even developed a condom permitting males with spinal cord injuries to have orgasms.

These inventions utilize the premise that the experiences of sight, touch, and orgasm, occur in the brain and are simply the brain’s interpretation of stimuli. Since the standard methods don’t work to get information to the brain, these devices reroute the signals, for example from the skin instead of the eyes to the visual cortex in the case of tactile vision.

A Stoke of Discovery

Paul Bach-y-Rita was inspired to make the developments because his father, Pedro Bach-y-Rita, had a stroke at the age of 65 which left half of his body and face paralyzed rendering him unable to speak. Given no hope of recovery by his doctors, the younger Bach-y-Rita was advised to institutionalize his father.  Instead, he brought him home, and Paul and his brother worked every day to help him rehabilitate.

The Bach-y-Rita’s used the way a baby learns as the model for their father’s rehabilitation. Pedro first learned to crawl, then stood, then walked. The brothers got down on the floor and played with their dad with coins and marbles and turned everyday experiences into exercises. Washing the dishes became a rehabilitation exercise.

The father relearned to speak, write, and do about everything.  He even went on to climb mountains. Making a full recovery, Pedro Bach-y-Rita resumed teaching college, remarried, and died of a heart attack at 72.

The elder Bach-y-Rita’s recovery and the younger Bach-y-Rita’s devices are possible because of neuroplasticity, which is the ability of the brain to reorganize itself based on the input it receives. If one neuronal pathway is damaged or blocked, the brain can actually grow new connections to accomplish what it needs with consistent, repeated incoming stimuli.

A reader of this blog, Dr. Mark Langer, suggested in a comment, we have to develop a neuroplastic attitude towards living.  I love that thought and perspective. Like the orienteering sport, we have to use what tools we have on hand right here, right now, our creativity, ingenuity,  guts, determination, and heart to get to the next checkpoint, goal, or just to the next day sometimes.

If the easiest path is not a possibility, find a different way to keep moving forward. Even an inch is progress. Progress doesn’t happen quickly enough for most of us, (me included!) but it will happen. You can and will get from here to there with persistence and neuroplasticity. 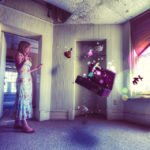 The Magic Wand in Your Head 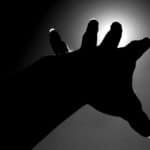 Nothing To Hold On To