Every minute of every day, your body is reacting to your thoughts whether it is to your benefit or not. The thoughts, words, and images that run through your mind cause constant physical changes in your body. Neurons fire in your brain and neurochemicals are secreted whether something is being imagined or actually experienced.  On brain scans, many of the same parts of the brain are activated by imaginative thoughts, without receiving any other input which directly influences physical and emotional states.

From a neuroscientific perspective, imagining an act and doing it are not all that different.

In his book, The Brain That Changes Itself: Stories of Personal Triumph from the Frontiers of Brain Science, Norman Doidge tells of an experiment in which two groups exercised a finger muscle for four weeks.  One group actually did finger contractions while the other group just imagined doing the exact same thing with a voice shouting at them, like a coach, to work harder.  At the end of the study, the first group who had actually done the physical exercises, increased the muscular strength in their finger by 30% while the other group, who had just visualized, increased their muscle strength by 22%. He explains that during the imaginary contractions, neurons responsible for movements are activated which resulted in the increased strength.

He also tells of experiments with amputees who had painful phantom limbs. After twelve weeks of therapy in which they just imagined moving their painful, amputated limbs, some experienced a decrease in pain while, amazingly, in half, the pain completely disappeared.  The visualizations activated and changed brain networks for limbs that were not even there.

Australian psychologist,  Alan Richardson, conducted an experiment in which he divided basketball players into 3 groups and tested each player’s ability to make free throws. The first group practiced 20 minutes every day.  The second group only visualized themselves making free throws with no actual practice.  The third group did not practice or visualize.  The results were astounding. The group that only visualized experienced significant improvement almost as much as the guys who actually practiced.

Visualization is often used by athletes prior to competition to mentally rehearse. You will often see gymnasts, before an event, with their eyes closed and with heads bobbing and weaving as they imagine their bodies moving through every step of their routine. Many athletes believe and research is backing up their claims that this rehearsal provides a competitive advantage.

My Success with Visualization

I visualized daily for years in my recovery from a brain injury. It was amazing to me that almost everything I seriously spent time visualizing eventually came to be. Coincidence?  Maybe.  Maybe not.  (I’m still visualizing a few things!) While the things did not come about quick enough for me most of the time, better late than never, right? The process helped me to learn patience.

When I first started visualizing my brain was in pretty bad shape. Because I knew, at that point, connectivity overall and getting signals across the hippocampus were challenges for my brain, I would visualize an old telephone switchboard. My grandmother used to be a switchboard operator at a residential hotel in the late 1960’s.  I remember her sitting at the switchboard with her headset on, her jet black, pin curled hair-do and well-powdered face, plugging the incoming phone calls quickly and efficiently into the right holes for the requested room. I visualized my brain making the necessary connections to allow the requested communication within my head.

The images naturally evolved as my healing progressed. Next, I visualized the rows of wooden cabinets housing the card catalog filing system in the library at my elementary school – back in the dark ages when the Dewey Decimal System was still in use. Although this visualization was still somewhat antiquated, it was a step up from the switchboard.   Finally, I graduated to visualizing a computer doing a fast Google search.

I cover the specific steps for visualization as outlined in the book Creative Visualization: Use the Power of Your Imagination to Create What You Want in Your Life

by Shakti Gawain, in a previous blog: Picture This!

Visualization can be used for anything. It is a recognized mind-body therapy that is effective with any health concern especially stress-related ones. It has been shown to be extremely powerful in improving performance, changing behavior, or influencing an outcome. Visualization is being used to overcome limited thinking and increase confidence and success in many areas of life.  It is a mental health tool that is always free and available to anyone.  It is well suited to be used in conjunction with affirmations and meditation.

When you cut your finger, you do not have to tell your body, step-by-step, the specific details of how to heal the wound. (Thank goodness!) It is pretty amazing that your body just knows how to do this.  It already has a natural wisdom and power to do what is in its best interest. I believe that visualization allows a person to consciously direct this powerful, internal force for healing and other benefits. While visualization can be effective for many things; I don’t know that it is a good use of time to sit around visualizing winning the lottery.  Sorry! 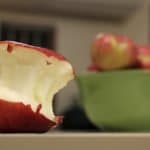 An Apple A Day Has Brain Benefits 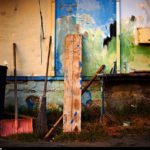