The foolish man seeks happiness in the distance; the wise grows it under his feet.” — James Openheim

Maybe you’ve always thought of yourself as being a “glass half full” or “glass half empty” kind of person.  That’s just the way you were born.  Right?

The popular set-point theory of happiness suggests that a person’s level of subjective well-being is determined primarily by heredity and personality traits set early on and remains relatively stable throughout their life.  Someone’s happiness may get a boost or drop temporarily in response to major life events, such as a promotion, money, marriage, death, divorce, or layoff, but almost always returns to the baseline level as they habituate to the change over time.

You know, people just get used to their current conditions, good and bad, a harsh reality called hedonic adaptation.  Because of this, we find ourselves on what psychologists refer to as the hedonic treadmill – always striving to get the next bright shiny thing in search of happiness.

However, research has proven that people’s happiness levels can change substantially over their lifetimes, suggesting that the trait isn’t predetermined by genes or personality, but is actually a skill that can be learned.  In fact, a significant number of people followed over 25 years saw their happiness levels shift by one-third or more.

Happiness Is A Habit

While some people seem to be naturally happier and some have to work harder at it, everyone can implement practices in their lives shown to elevate satisfaction and joy. Luckily, with all the focus on happiness in the past decade, we have scientific findings to draw from about how to learn the skill of happiness to raise our happiness set points permanently. You can increase your positive feelings by incorporating a few proven practices into your daily routine regularly.

The practice of mindfulness, a mental state of relaxed awareness of the present moment, extending openness and curiosity toward your feelings rather than judgments of them, is a powerful tool for increasing happiness.  Altruism, compassion, and gratitude, all part of mindfulness, have been shown to not only to correlate with happiness but to cause it.

So, what does this look like in your everyday life?

Happify, an online framework designed to train your brain to build skills for lasting happiness, uses the acronym S.T.A.G.E. to explain the five key happiness skills:

Savoring is a mindful practice of intentionally noticing the good that’s already present in your life, really taking it in and feeling the experience in the moment, and holding onto feel-good thoughts and feelings as long as possible. You can practice the art of savoring while at the market picking out the ingredients for a meal for your family, admiring the pink clouds in the stunning blue sky, or when sharing good news with your partner over a glass of wine. Your brain is naturally slanted to notice the negative. You have to make it a point to take in the good.

This is the simple act of identifying and expressing gratitude. Research has uncovered significant benefits to having an attitude of gratitude for your health and happiness. Studies show that the practice of gratitude can increase happiness levels by 25 percent and overall health in various ways significantly, for example, increasing the quantity and quality of your sleep. These outcomes can be achieved by such simple practices as praying, writing in a gratitude journal, placing a thankful phone call, making a mental gratitude list, or writing a grateful letter to someone.

This would include feeling hopeful, having a sense of purpose, or adopting an optimistic perspective. Studies show that people who have created meaning in their lives are happier and more satisfied. Having a sense of purpose in life has been linked to better mental health, less depression, increased happiness, satisfaction, personal growth, self-acceptance, better sleep, and longevity. People who have meaning and purpose in their life have even been shown to have a lower risk of Alzheimer’s disease and cognitive impairment in later life.

Giving is just plain good for everybody. Of course, the recipient of your gift gets a happy boost, but did you know that you benefit as well? A wide range of research has linked different forms of generosity to better health. Studies show that giving or volunteering can make you feel less stressed, isolated and angry, and more cooperative and socially connected. Research shows that when we give of ourselves, everything from life satisfaction to self-realization and physical health can improve. A 1999 study at the University of California, Berkeley, even found that elderly people who volunteered for two or more organizations were 44 percent less likely to die over a five-year period.

Empathy is the ability to understand and share the feelings of others. It’s the capacity to put yourself in someones’ shoes and imagine what they’re going through or feeling. When we’re able to empathize with others, we become less judgmental and frustrated, and more compassionate and understanding. Empathy reduces racism, violence, and bullying and improves relationships, including the one you have with yourself.

According to Richard J. Davidson, professor of psychology and psychiatry at the University of Wisconsin-Madison, in an interview with Huffington Post, happiness is the formation of brain networks resulting from the regular expression of compassion, generosity, and kindness.

Your brain is changing its physical form and function all the time anyway in response to your behaviors, emotions and thoughts, an ability known as neuroplasticity, whether it’s to your benefit or not.  Davidson cites studies where training for happiness for as little as 2 weeks, for 30 minutes a day produced measurable changes in the participants’ brains and suggests that technology can be harnessed to promote happiness by technologically capturing mindfulness.

In Davidson’s opinion, technology can play a pivotal role in helping Americans to embrace the idea that well-being is a skill to be learned.

It is possible to interact with technology in a way which is mindful.  I think it’s a complicated calculus and it would be wrong to conclude that technology is the root of all evil.  I think that we should figure out ways to harness technology to use it for good.

There are plenty self-help applications, like The Mindfulness App, Headspace, Calm.com, available now for increasing mindfulness, well-being, and happiness throughout your day which remind you to take a deep breath, ways to keep calm, or tips on how to meditate.  One study, with the clever name of “Putting the ‘app’ in happiness,” found that smartphone based interventions significantly enhanced the participants’ well-being,

The bottom line is that happiness is a skill that can be learned.  Just a few minutes a day spent on practices shown to increase happiness and well-being, when performed on a regular basis, can re-wire your brain and help you permanently elevate your level of happiness.  Like learning anything new, this does take dedicated work, but it may be the most rewarding work you’ll ever do. 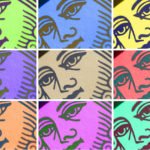 What’s The Difference Between Feelings And Emotions? 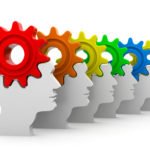 Introvert Or Extrovert Begins In Your Brain