In today’s hurry up, high stress, bad food, sit-all-day societies, we’ve gotten far removed from the way our bodies were biologically designed to live. As civilization has rapidly evolved over the past centuries, the eating, physical activity, sleep and other habits of humans have drastically changed. Our bodies haven’t kept pace with the modern lifestyle which affects every area of our lives, from health to happiness.

The modern lifestyle hits your brain the hardest.

In John Ratey and Richard Manning’s book, Go Wild: Eat Fat, Run Free, Be Social, and Follow Evolution’s Other Rules for Total Health and Well-being, ample scientific evidence makes a strong case for getting back to a lifestyle similar to our ancient ancestors to restore well-being. Resuming the basics of our distant relatives taps into core DNA to counter the devastating consequences of becoming tame or civilized, which range from psychological afflictions, like depression and anxiety, to diabetes and heart disease.

The authors provide scientific support for the idea that the mind and body are intricately connected to their environment. They write:

Human evolution occurred under wild conditions, and this made us who we are. The modern human still operates on those same genes, almost wholly unchanged. We are designed to be wild, and by living tamely we make ourselves sick and unhappy.

They suggest that, contrary to Western thought and medicine, everything — how you eat, move, sleep, think, and live — is all connected and shows up in the maladies of modern man.

Your depression is not solely a condition of mind and is not isolated in the brain. It may be directly and firmly a fault of your exercise routine or choice of vegetables and protein. Your obesity may be caused by your diet or it may be linked to bacteria or lack of sleep — or, even more curiously, your maternal grandmother’s low birth weight. Your failure at your job may be cured by long walks in the mountains with your dog.

The authors assert that becoming healthy doesn’t require a personal trainer, constant calorie counting, support groups, or reading the latest self-help book. They point to the lithe, strong bodies and close-knit communities of hunter-gather groups, still in existence today, as proof that we’re inflicting damage on ourselves by the way we choose to live.

According to the book, the prescription for going wild involves changes in four basic areas.

Go Wild: Eat Fat, Run Free, Be Social, and Follow Evolution’s Other Rules for Total Health and Well-being advises us to:

….reject the monotony of the modern industrial diet.  We are not urging a diet or even calorie restriction; we are outlining a sustainable way of life, and it rests on variety: the profusion and explosion of flavors, colors, and textures that evolution tuned our senses to pursue. Nuts, root vegetables, leafy greens, fruits, fish, wild game, clean, cool water.

We have a brain for one reason only: to produce adaptable and complex movements. There is no other plausible explanation.

The authors interpret this to mean:

He is saying that our brains are literally built on and inextricably tied to the movement of our bodies. Movement builds our brain because movement requires a brain.

While they don’t advise against going to the gym, the authors propose that there’s a better way to move. Your brain and body will benefit most from natural movement – running, hiking, walking – outside, demanding a variety of exertion levels, and engaging your senses and mind. Anytime you get your brain involved in your workout; you realize more benefit.

The book argues that humans were born to run, and running, especially barefoot, is ideal for the body and brain. Humans evolved running without shoes. Wearing shoes alters the midfoot strike, ignores the evolutionary design of our bodies, and limits the information your foot feeds your brain, called proprioception. The cushion in shoes robs our feet and brains of information. Even if you’re not a runner, go barefoot once in a while.

The book really advocates CrossFit as a form of exercise because of the variety of mental and physical skills challenged and multiple levels of exertion.

Sleep, both quality and quantity, has a huge impact on your brain and overall health. (Read More: Skimping On Sleep Can Make You Sick, Fat, And Stupid) Ratey and Manning advise:

Everyone needs eight and a half hours of sleep out of every twenty-four. Everybody. Further, it is more or less impossible to oversleep.

Interestingly enough, the sleep doesn’t have to be continuous – naps count – but it does have to include the appropriate time needed in the different stages of sleep.  The authors call sleeping  in one long stretch, as is the custom now, “downright freakish behavior in terms of the human condition and human evolution” and propose that it may even cause problems.

For safety, wild populations also sleep in groups and naturally have varying sleep patterns by age — to possibly provide around-the-clock protection with someone awake at all times. The book reports that almost universally, the Western practice of making babies sleep alone is seen as child abuse. Consolidated sleeping hasn’t shown the same patterns of insomnia and sleep dysregulation or emotional problems present in people who sleep alone. Many cultures also practice a light sleep or watchful doze that’s instantly reversible, which has obvious benefit for people who live among lions.

The authors assert that we pay for our sleep deficits in the currency of stress. They suggest that we need to view and practice sleep as a fluid, adaptable, elastic process. They say irregularity is OK, advise sleeping with pets and background noises, stress that exposure to light mimic the natural day, and recommend getting outside as much as possible.

Ratey and Manning propose a fascinating take on why mindfulness is so good for our brains. Because it requires intent observation of our present environment and senses in the moment and learning to quiet the distractions in our heads, mindfulness mimics a hunter-gatherer state of mind. This hyperaware focus is what a person practices in mediation. While our ancestors, for the most part, didn’t meditate, they did have to tune into their environments, hunt game, find edible plants, and evade predators.

When you practice mindfulness, you’re  making the conscious effort to be more present and aware of what’s happening right then, instead of thinking about what occurred in the past or worrying about the future. Studies show that mindfulness and meditation physically change and benefit the brain.

The authors argue that modern life is literally making us ill. The answer for all this distress and disease is to let your brain go wild. 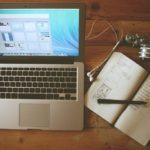 How Learning and Memory Happen In Your Head 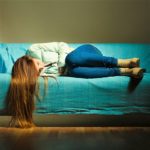 When You’ve Hit Rock Bottom, There’s Nowhere To Go But Up