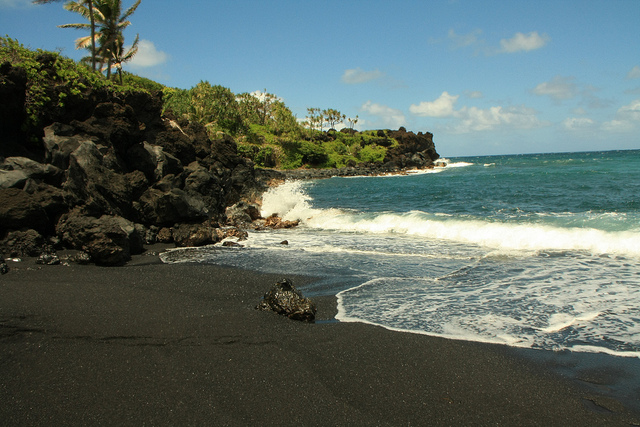 Who would have thought there was a life-changing, aha moment waiting for me in a bay in Hawaii?

Seven months after I sustained a brain injury resulting from a pill-popping suicide attempt, I was still mentally impaired, but trying very hard not to act like it. Taking a trip to Hawaii with my brother was going to be a much-needed bright spot in an otherwise gray existence. Just packing for the trip and navigating my way to and through the airport was a daunting challenge which made my underarms wet.

At times, I felt like a scared, little kid lost at the mall.  At other times, I cheered myself on saying, “You CAN do this!” It felt wonderful to be accomplishing what most people would consider normal and no big deal.  Although I found the normal activities terrifying, I somehow knew that I had to overcome and push through my fear to regain anything resembling a regular life.

I traveled to California from the East coast alone where I met my brother, and we flew to Hawaii together.  On our first day there, we were anxious to start vacationing and set out to embark on our first snorkeling excursion. Following the directions in the tour book, my brother drove the rental car about 20 minutes to what promised to be a hidden Hawaiian treasure.  With leaning palm trees heavy with coconuts flanking a black sand beach leading up to azure blue water rolling in gentle white-capped waves, Honomolino Bay looked just like a picture on a postcard and did not disappoint.

At first, we were content to swim around the bay, close to the shore, oohing and aahing at the sights feet below the surface of the water. Not being nearly as physically coordinated as I used to be before the brain injury, it took me a while to get the hang of breathing through the snorkeling tube. But, having been a lifeguard during the summers in college, I soon felt fairly comfortable in the water and ventured out to where the bay opened up to the ocean.

Here, the current and waves had much more force.

When I kicked some rocks with one of my fins, it came off of my foot and sunk to the bottom. Without the aid of the fin, I wasn’t nearly as strong a swimmer. While I don’t know how deep the water was, I do know that it was way over my head.

Fighting the waves and current, I found that just keeping my head above the water was a real struggle.  With my heart pounding, I had that urgent, panicky feeling that I’d imagine an antelope has when being chased by a lion.  I downed gulps of salty water as I gasped for air. Making my way over to some lava rocks jutting up out of the water, I partially climbed on and clung to them cutting my feet, legs, and hands because they were covered with coral which sliced my skin upon contact.

By this time, my brother, noticing my predicament, yelled for me to stay on the rocks while he ran to get my sandshoes. However, never having been one to follow directions too well, I decided to leave my painful perch and swim to a sailboat anchored in the bay rather than just wait there.

After what seemed like the longest swim of my life, I reached the sailboat and managed to grab the top of the side and squeak out, “help!”  A tanned, thin, scruffy looking man with long hair wearing cutoff jeans came up on deck and looked startled and surprised to see me hanging from the side of his boat in my bikini bleeding. He had that universal “WTF??” look.   After comprehending the situation, he quickly pulled me over the side of the boat, lowered a smaller rowboat in the water, and rowed me to shore. My hippie hero!

The experience scared me, for sure, but it was also taught me a meaningful lesson which I didn’t figure out until later at home. I was brain injured because I had tried to kill myself. In the months that followed before the Hawaii trip, I did recover physically somewhat, but I was still emotionally unstable and undecided as to whether I wanted to live. I had wanted to die before I gave myself a brain injury, and now I was supposed to want live as I was, mentally impaired and talking like I was drunk.  I wasn’t convinced.

When faced with drowning, I realized that instinctively, without me going through the drama of weighing the pros and cons, something inside of me had kicked in and fought hard to live. I could have very easily slipped quietly under the water and finished what I’d started months earlier.

Why didn’t I? Because something inside of me wanted to live!

That was a major turning point for me in which I realized that I didn’t want to die. From that point on, I started acting like I wanted to live. I started taking responsibility for my recovery and my life and worked every day to get better and make my life better.

And you know what?  It worked!

For a long time, I had a few grains of black sand in my foot that remained after a cut healed to remind me of the valuable lesson I learned that day — just in case I forget. 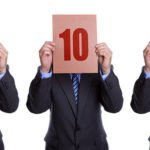 Mental health: Is Normal As Good As It Gets? 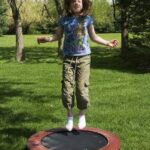