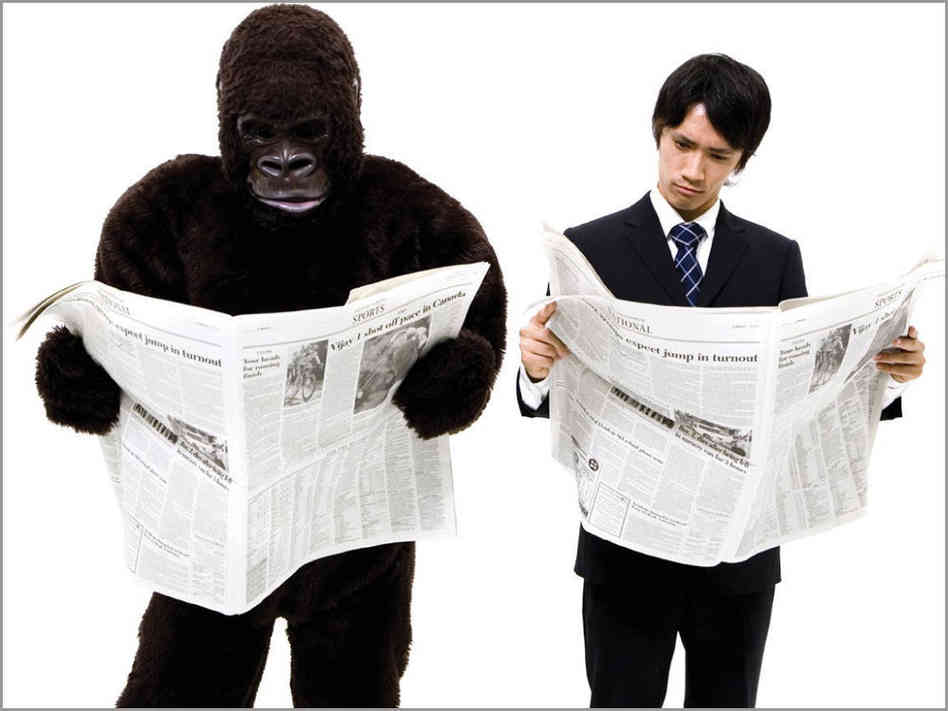 You would think that you’d notice someone wearing a gorilla suit in almost any situation, right?  You’d expect them to stick out like a sore thumb – even on Halloween.

The video below shows an experiment in which researchers asked volunteers to silently count the number of passes of the basketball made by players wearing white shirts while ignoring any passes made by players wearing black.  Halfway through the video, someone in a full body, black gorilla suit walks into the middle of the players, turns toward the camera, beats their chest and walks off camera. Amazingly, half of the subjects in the study didn’t even notice the gorilla!  This experiment has been repeated many times, under many circumstances, in many countries, and the results are always the same.

How could people not see a gorilla, for goodness sake? Christopher Chabris and Daniel Simons, the creators of the experiment, in their book The Invisible Gorilla, explain how our beliefs about attention, perception, memory, and reasoning are often just plain wrong. Our minds simply don’t work the way we believe they do. We think we see ourselves and the world as they really are, but we are actually missing a lot and embellishing what we think we see and remember.

The authors call this error of perception that made the gorilla invisible “inattentional blindness.”  When people devote their attention to a specific area or aspect of their visual world, they tend not to notice unexpected objects – even big, hairy ones.

They relate that, while the experiment results were pretty astonishing, what was even more astonishing was the surprise people expressed when they were shown what they had missed. “No way!” they would exclaim.   They simply could not believe it. This demonstrates the concept we have of the illusion of attention.

You experience far less of the visual world than you think you do and, for the most part, people aren’t even aware of the limits to their attention. We wrongly assume that visually distinctive or unusual objects will certainly get our attention, but in reality, they often go completely unnoticed. We don’t even know that we missed them because we don’t notice them.  See how that works?

You See What You Expect To See

You are only aware of a small portion of your visual world at any moment, and you tend to see what you expect to see. When something unexpected or distinctive pops up, there’s no guarantee that it will get noticed. When the same experiment was conducted with a red gorilla suit, it was still not seen 30% of the time. Ironically, a proven way to decrease inattentional blindness is to make an object or event less unexpected. Believe it or not, it would likely increase the visibility of motorcycles to make them look more like cars with two headlights, for example.

While we are talking about attention and driving, simply having a conversation on a cell phone while driving tripled the chances that the subject wouldn’t see something unexpected in experiments to 90% of the time. This risk is not decreased at all by hands-free headsets. The issue here is not with your hands. The problem arises because you have a limited cognitive resource to drive and engage in a phone conversation. Your brain cannot multi-task. Both activities are fairly effortless by themselves, but both demand your attention.

Because of the illusion of attention, people think they drive just fine while talking on cell phone.  It’s only when they have an accident that they think maybe it’s not such a good idea. People aren’t aware of what they miss because they missed it. 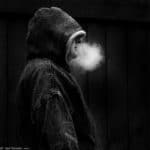 Up in Smoke: How Smoking Affects Your Brain 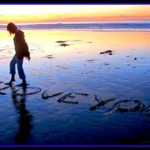