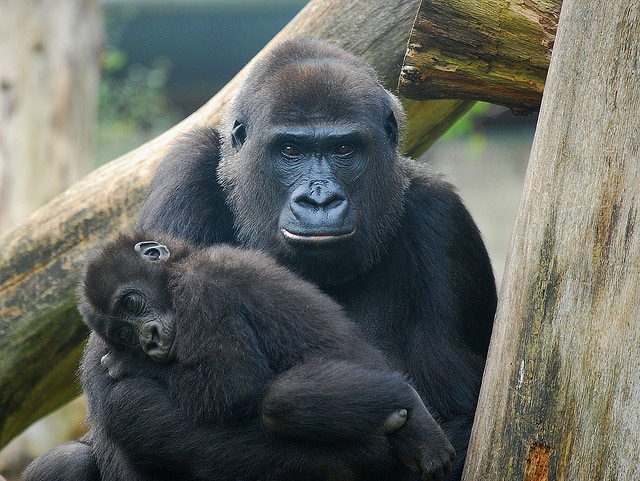 In 2012 at a conference in England, a group of scientists proclaimed that humans are not the only conscious beings. In The Cambridge Declaration on Consciousness, they concluded:

I say, “Duh!” Many renowned field researchers and probably almost anyone who has had a pet had already arrived at this conclusion.

Well, it was kind of a big deal because it was the first formal scientific consensus about the consciousness of several non-mammals, including birds, octopuses, and even bees. The scientists argued that all mammals and birds and some other organisms have the same brain structures that make consciousness possible in humans, making consciousness a possibility for them as well. The declaration argues that brain systems other than the cortex are involved in supporting consciousness, therefore animal consciousness is possible, even in the total absence of a cerebral cortex, the part of the brain responsible for many higher-order functions.

However, the debate over consciousness in animals didn’t end there. If anything, it heated up. Many knowledgeable experts reject the declaration citing that its conclusions go far beyond the scientific evidence, pointing out that the presence of emotion in animals doesn’t equate to consciousness, and stating the document is the consensus of only a dozen scientists and not representative of the majority of neuroscientists.

If animals do possess consciousness, the ethical ramifications and questions that follow are numerous and not easy. For example, what makes some animals friends and some animals food? (Heck, I think that’s a valid question even if animals aren’t conscious.) Is it humane to conduct experiments on animals for the good of mankind or to hold them captive for our education and amusement? Saying “animals aren’t people so we can do whatever we want to them” or taking the opposing view, “every animal, including humans, should be treated with equal dignity” seems too simplistic and extreme to me. I don’t know what the answer is here. I’m just glad that science is moving forward, so we can increasingly base our behaviors on understanding rather than guesses or callousness.

What We Do Know

The database of research on animal sentience, which does not automatically mean consciousness, is strong and rapidly growing. Scientists know that a wide variety of animals experience emotions ranging from joy and happiness to deep sadness, grief, and post-traumatic stress disorder, along with empathy, jealousy and resentment. Science has shown that mice and chickens display empathy and even rats exhibit compassion. Elephants, chimpanzees, giraffes, and certain species of birds have been observed mourning their dead. There is even evidence to suggest that some animals worry.

In her book, Animal Madness: How Anxious Dogs, Compulsive Parrots, and Elephants in Recovery Help Us Understand Ourselves by Braitman, Laurel (2014) Hardcover, Laurel Braitman PhD, makes a convincing argument that animal minds and ours are inextricably linked and that nonhuman animals can lose their minds in ways that look very similar to human mental illness – especially when domesticated and confined in laboratories, zoos, aquariums, circuses, and on pig, fur, and poultry farms.

These errant behaviors almost never occur in the wild. Braitman points out that performing studies on these animals and making scientific conclusions based on their behaviors when their behavior is not normal in the first place may not be the wisest thing. (Personally, I would also be concerned about eating them and ingesting their abnormal neurochemicals. I’m vegetarian. Could you tell?)

Not surprisingly, these creatures are given antidepressants and anti-anxiety drugs in alarming numbers just like us humans are gobbling them up. While it’s not uncommon for gorillas, whales, giraffes, and many other animals on the other side of the glass at zoos to be given Valium or Prozac to deal with their life as display animals and for poultry farmers to feed their birds anxiety-reducing drugs, the biggest animal consumers of psychotropic drugs are the ones that live with us, our pets. In Animal Madness: How Anxious Dogs, Compulsive Parrots, and Elephants in Recovery Help Us Understand Ourselves Braitman reports that the animal pharmaceutical market is projected to grow from $6.68 billion in 2013 to a whopping $9.25 billion by 2015.

Much like humans have become dependant on various chemicals to get through the day, chickens are commonly given drugs to calm them down because stressed-out chickens don’t grow as fast or produce as tender meat as content ones, and then given stimulants, such as caffeine, so they’ll stay awake longer to eat and lay more. Sound familiar? The effects of all this on the birds and those that eat them is unknown.

Our beloved pets are given the same drugs we take to treat depression, behavioral problems, compulsive behaviors, and separation anxieties. Like humans seeking a magic pill for themselves, pet owners request the meds from the vets as a silver bullet to treat all kinds of issues. Just like many doctors, vets hand out prescriptions in record numbers because owners demand them; because it’s easier than taking the time to try to train and work with an animal, and well frankly, because they work.

Although there’s a lot that’s uncertain about the animal mind, I think it’s safe to say that other animals seek to live in peace and safety, absent from fear, pain, and suffering, just as we do.

After all, we’re animals too. By paying closer attention to their mental health, we can learn a great deal about ourselves. Almost always, what’s good for them is good for us.

When it comes to sharing the world and our homes with other creatures, I have no doubt that most of us care an awful lot and try hard to do the best that we can by them – even to the point of depleting our finances and breaking our hearts. However, our responsibility to our fellow beings doesn’t stop there. In Animal Madness: How Anxious Dogs, Compulsive Parrots, and Elephants in Recovery Help Us Understand Ourselves, Braitman concludes:

There are many structural elements of our lives with other creatures that cause needless suffering an could easily be done away with. We could stop teaching elephants to paint, dance, and play soccer, and casing chimps in commercials and giraffes in feature films. We could close our nation’s zoos, or at the very least stop deluding ourselves that it’s our right to see exotic wildlife like gorillas, dolphins, in every major city. We could stop trying to convince ourselves that keeping animals in cages or tanks is the best way to educate and inform one another about them, especially since it often costs the animals their sanity. We could instead turn these zoos and other facilities into places where people might engage with animals , domestic and wild, who often thrive in our presence, creatures like horses, donkeys, llamas, cows, pigs, goats, rabbits, and even raccoons, rats, squirrels, pigeons, and possums. We could exchange the polar bear pools for petting zoos and build teaching farms, urban diaries, and wildlife rehabilitation centers where city-dwelling children and adults could volunteer or take classes on cheese making, bee keeping, gardening, veterinary science, wildlife ecology, and animal husbandry.

We could also stop leading the sorts of lives that cause large number of our pets to end up on psychopharmaceuticals. We could spend more time walking and playing with them and less time on our phones, checking email and watching television. We could stop bringing animals into our lives that, deep down, we know we cannot care for, and we could recognize, in them in their crazy behavior, our own unhealthy habits reflected back to us.

We could also truly begin to acknowledge the other animal minds in the water. That is, we could accept the fact that dolphins, whales, and other marine life may literally be driven mad by our actions, and we could make more consistent efforts to protect their hearing, migration routes, water quality, and food sources, since in the end, that is also what is best for us.

We could stop eating mentally ill pigs, chickens, and cows, and do away with corporate farming so cruel they’re often institutionalized torture. We could stop trimming our coats with the fur of compulsive mink, foxes, sable, and chinchillas and quit testing our drugs, cosmetics, and medical procedures on lab animals housed alone and in terribly uncomfortable conditions.

We could also, and most important, make a lasting peace with Darwin’s belief hat humans are just another kind of animal, different only by a degree. This kind of change will not be easy or fast. It will take the self-transforative power of chameleons, the resolve of mules, the fortitude of migrating whales, and the ingenuity and compassion of humans. It will be worth it.

Here’s a touching video of animals tasting freedom for the first time. (Get the tissues!) 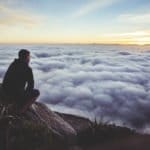 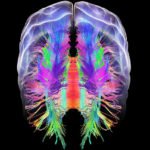