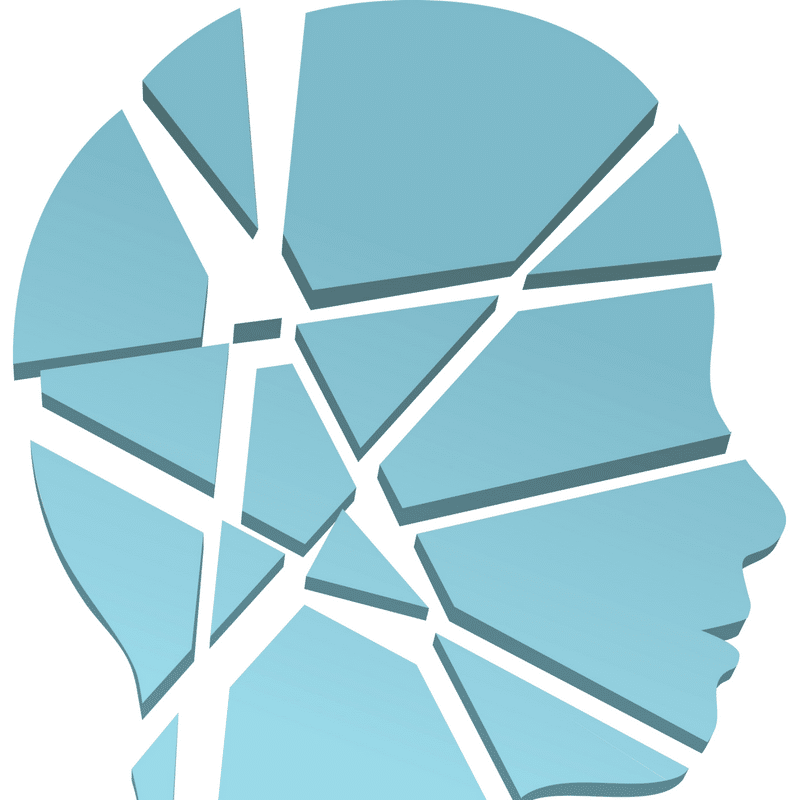 As a brain injury survivor,  I watched the ABC 20/20 interview of Gabrielle Giffords and her husband, Mark Kelly, with great interest.  Giffords, an Arizona congresswoman, was shot in the head at point-blank range on January 8, 2011, at an open-air meeting with constituents held in the parking lot of a supermarket near Tucson. Jared Lee Loughner, stood three feet from the congresswoman and shot her above her left eye.  He, then, turned the gun on the crowd killing six and wounding 13 others. Loughner was arrested on the scene and has been found mentally incompetent to stand trial for his actions.

Mark Kelly began videotaping Giffords’ recovery.  He wanted to show her what she had been through and to show others what was possible with determination and therapy.  The earliest tapes show a woman with a shaved head, fresh scars zigzagging across it, staring blankly through distant eyes, not able to speak and struggling to follow simple commands. The interview ends with a smiling, vibrant Gabby, remarkably just 10 months later. 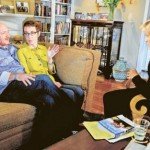 While she can speak now, she communicates throughout the interview by mostly repeating one or two-word phrases not yet being able to string words together to make fluid sentences.  Because the bullet went through the left side of her brain, movement and coordination were seriously impaired on the right side of her body.  In the special, we see her walking stiffly with a slight limp and having some use of her right arm and hand. This is extraordinary progress in just 10 months.

She spent 5 months in the hospital undergoing rigorous therapy which continued upon leaving and persists today.  The videos documenting her progress show her learning to walk again by taking her first steps while holding onto a shopping cart with a therapist moving her right leg.  It shows 2 therapists assisting her and one playing the guitar and singing to provide rhythm as this has been found to aid in relearning movement.  Music has played a very large part in her whole recovery process.

We see various therapists working with her as she learns how to nod, sigh, pucker up and speak again.  We see her try to find the word for chair and say spoon.  We see her say chicken when the word she is trying to retrieve is watch.  We see her cry tears of frustration and anguish.  While mine was an ABI (acquired brain injury), a closed head injury, and not nearly as serious as Giffords’, I can relate to all of it.

I enthusiastically applaud Giffords and her husband for detailing this journey so intimately and realistically and for making it public. Recovering from a brain injury is not pretty.  It is grueling, hard work, for sure, but with determined, persistent effort…and, I mean every day, for years…anything is possible.  Mark Kelly, a retired astronaut, says they have a saying around NASA that the sky is not the limit.

What Giffords has demonstrated with her astounding progress is that the brain has an amazing ability to heal itself.  A brain will make new connections, even utilizing completely different parts of the brain, to accomplish functionality if the original area is damaged beyond use. This is known as neuroplasticity. Neuroplasticity refers to the ability of the brain and nervous system to change structurally and functionally as a result of input from the environment.

This ability of the brain was discovered and has become well known and accepted over the last decade.  Neuroplasticity has broad ramifications for improving the functioning of brains in many situations ranging from depression and mental illness to addictions and injuries.  It is my opinion that Gabrielle Giffords was very fortunate to have medical professionals and therapists who were knowledgeable about and utilized the latest brain therapies incorporating this and other relatively new scientific information.

Not once, in the traditional medical community, did I receive any therapy based on neuroplasticity.  There was no one playing the guitar and singing. It was not until I started seeking out alternative therapies on my own, paying for them out of my own pocket, that I even heard the word or encountered professionals who understood and employed the concept.  I gave Norman Doidge’s book about neuroplasticity, The Brain That Changes Itself: Stories of Personal Triumph from the Frontiers of Brain Science, to my neurologist and told him that he needed to read it.

While I am thrilled for Gabby and am very appreciative that her and her husband are educating the medical community and the public through making her recovery process public, her experience with the medical community, in my opinion, is no where near the norm that the average citizen in any town, USA, experiences after a brain injury – even with good insurance.  I experienced otherwise and have heard many, many similar stories.

In my recovery process, I read everything I could get my hands on to learn how to consciously direct and encourage neuroplasticity, and devised my own therapies to take advantage of it.  I got downright pissed off and obsessively determined telling myself that “I AM NOT STAYING LIKE THIS!” From the time I got out of bed in the morning until the time I went to bed at night, for years, my focus was on doing everything that I could do to rebuild my brain.  It has taken over four years, but I have recovered miraculously, far surpassing what the medical experts predicted.

I read one article, Putting Gabrielle Giffords’ Recovery In Context: Brain Injuries Vary Hugely, which expressed a legitimate concern that Giffords is going to become the poster child for brain injuries giving people unrealistic expectations for rehabilitation.  The article stressed that each brain injury is unique with many variables affecting recovery outcomes.  While it is important to be realistic, it is also very important not to take away anyone’s hope or motivation.  I have heard way too many accounts of the medical community making pessimistic predictions too often.  They can be self-fulfilling prophecies.  The medical experts simply do not know what the future holds, and, I think, it would benefit everyone if they just said so and stayed open to possibilities.   David Ben Gurion said that “In order to be a realist you must believe in miracles.”

A blog to which I subscribe, Aphasia Corner, stated that while Giffords’

promising progress was nothing short of miraculous, ABC News did a disservice to the almost two million Americans who suffer from aphasia, the communication disorder brought on by traumatic brain injury or stroke, from which Giffords suffers. Not once was the word aphasia mentioned.”

I would like to emphasize that, no matter how educated and innovative the medical professionals and therapists may or may not be or what other variables may be present, an individual’s recovery is up to them. Gabrielle Giffords is a shining example of this.  In my opinion, she is nowhere near finished with her recovery process.  She has barely even started.  I recovered the most significant in my third year. The better it gets, the better it gets. 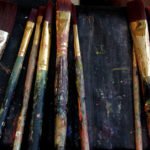 Neuroplasticity: Are You Making A Masterpiece or Mess of Your Brain? 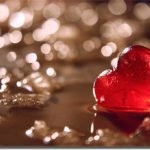