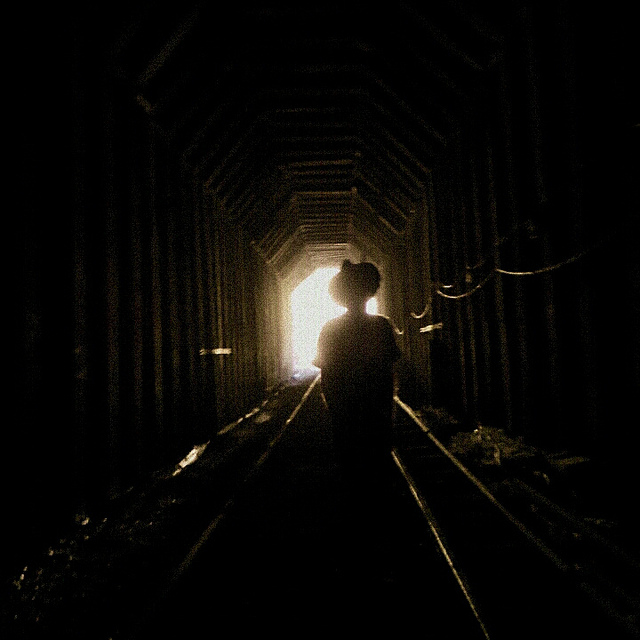 There’s always a light at the end of the tunnel so the saying goes. Faith is believing that it’s not a train barreling straight at you.

Somewhere in the first year after my brain injury, the result of a suicide attempt, I quit running scared to death, panicky and out-of-breath through the tunnel in the other direction – away from the light. I slowed down, calmed myself, and began to develop the sense that a train wasn’t indeed coming right at me and that somewhere down the tracks, the darkness would eventually lift, and I’d feel the sunshine on my face once again.

Years later, I’m walking, sauntering and whistling even, and can see the suns’ light streaming in at the end of the tunnel and feel its warmth. Behind me is pitch blackness.

Believe it or not, I’m grateful to have had the brain injury and wouldn’t go back to being the person I was before it, even if I could. “If you like where you are, then you can’t complain about how you got there” is one of my favorite sayings these days.

Now, don’t get me wrong. I’d rather have my fingernails pulled out with tweezers than go through the gut-wrenchingly difficult ordeal again, but the experience did have its benefits. Like any other “bad” thing in life, my brain injury came bearing profound gifts, if I just looked for the lessons in the mess.

Let go of the past.

Part of my memory was wiped out along with brain cells in the brain injury. What I can remember follows no rhyme or reason as far as I can tell. While I can recall the words to almost every stupid song that comes on the radio, the memories don’t really solidify in detail for my sons’ births or their baby years. Pictures have become my memories. Thankfully though, I also don’t remember a lot of the little hurts and gaping wounds that left me with so many ugly, emotional scars over the years.  The accumulated burden of these which eventually sunk my ship.  While I know the all the painful stuff from the past really did happen, I don’t lug around the tremendous emotional weight anymore and feel so much lighter and happier for it.

When you’ve hit rock bottom there’s nowhere to go but up.  After the brain injury, my arms hung limply at my sides when I walked instead of swinging naturally.  Because of this, I used to “chug” them not knowing what else to do with them. I sure did appreciate the way they used to just automatically swing and now do again effortlessly without me even having to think about it.

After the brain injury, just going to the grocery store used to make me break out in a sweat and had me summoning all of my courage.  Because of a speech impairment from the injury, I would pray that I wouldn’t get a chatty cashier. While my speech is still somewhat irregular, I’m glad to be able to speak at all, and now I’m the one with witty banter.  I’ve learned to accept myself. If I don’t, how can I expect anyone else to?

Focus on the abundance.

Before the brain injury, I had an overwhelming abundance in my life, but all I saw and obsessed over was the lack. In the years after, I didn’t have to go shopping for anything, except necessities, because I already had so much. Every time I opened my closets, it was like going on a shopping spree because everything was new to me. “Where did all these clothes come from?” I would marvel. (Apparently, I used to like to shop.)

Before the injury, my two young sons lived with me. While I doted on them and my life revolved around them, like any other full-time, single parent, I’d get annoyed easily by the little, routine things. I took my boys’ presence in my life every day completely for granted. They now live with their Dad in a different state. When they visit, I revel in the energy they exude, appreciatively notice so many little things I missed before, and even secretly enjoy the seeing their socks strewn about the den floor. (I don’t think I’ll ever learn to appreciate farting in the car though.)

I used to be afraid of life. Although I don’t think anyone who knew me would’ve suspected as much because I played a pretty convincing tough girl. I put up a brave front, and while part of it was real and I did want to be brave, inside I was terrified.  In the years following the brain injury, I had to draw on strength I didn’t even know I had and learn to trust and depend on myself. For a person who had perfected playing the victim all of her life, this lesson has proven invaluable.  Now, almost nothing scares me. (Well, OK – bungee jumping still does!)

I have confidence that I can wade through whatever life throws at me and even find some joy along the way.  Bring it on!

I can often be seen smiling or giggling to myself these days because while I know it probably sounds corny enough to make you wanna throw up – me too, I actually see joy all around me in the mundane everyday minutia of life.  And the best part is that, no matter what happens, this happiness can never be taken away because it’s in me not in my circumstances.

As they say in yoga class: 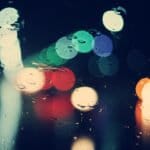 Neurofeedback: A Mood Ring For The Mind 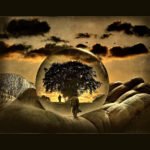 Air Head Is A Compliment…Really!