A mom holds her baby while stirring a pot of spaghetti on the stove and talking into the phone cradled between her shoulder and ear.  A salesman, running late for his next appointment, glances at the client information laid out in the passenger seat of his car while singing the tune on the radio and whizzing along the highway.

Multitasking.  We all do it.  At times, it simply can’t be avoided. Life often demands that we do more than one thing at a time.  But are we really doing ourselves any good?

The idea of multitasking was originally used to describe a computer’s parallel processing capabilities and has become shorthand for our brains attempting to do many things simultaneously.

However, your brain is not built to work that way.

Even When You Think You’re Multitasking, You’re Not

Oh sure.  You can walk and talk at the same time. However,  when it comes to paying attention, your brain operates sequentially focusing on one thing.  Research shows that our brains are biologically incapable of processing more than one attention requiring input at a time. What’s really happening when people think they are multitasking is that they’re shifting their attention back and forth and utilizing short-term memory.

New studies have shown that, while the brain can keep track of more than one thing at a time, it cannot actually execute two distinct tasks at once.  Studies show that a person takes longer to complete a task when interrupted and makes about four times more errors.

Talking on the Phone While Driving Is Like Driving Drunk

Talking on a cell phone while driving is the perfect example.  John Medina, neuroscientist and author of Brain Rules (Updated and Expanded): 12 Principles for Surviving and Thriving at Work, Home, and School, writes in the online article, The Brain Cannot Multitask:

Until researchers started measuring the effects of cell-phone distractions under controlled conditions, nobody had any idea how profoundly they can impair a driver. It’s like driving drunk. Recall that large fractions of a second are consumed every time the brain switches tasks. Cell-phone talkers are a half-second slower to hit the brakes in emergencies, slower to return to normal speed after an emergency, and more wild in their “following distance” behind the vehicle in front of them.”

If someone appears to be an adept multitasker, they are really showing good use of working memory.  It becomes much easier to switch back and forth with fewer errors when the tasks are familiar.

Your brain is a sequential processor. No matter how much multitasking is valued in our society, research clearly shows that it decreases productivity while increasing mistakes.  The bottom line is to slow down, turn distractions off, and tune in. Take steps to learn how to be mindful and increase your focus.

You and your brain will be happier. 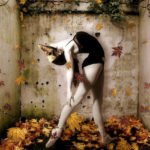 There Is No Such Thing As Normal 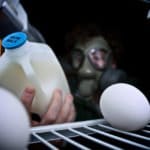 You Are Swimming In A Sea Of Neurotoxins