We all have much more power to shape our reality than most realize due to the brain’s amazing morphing power, known as neuroplasticity.  Neuroplasticity, the ability of the brain to change its physical structure and function through thought, emotion, and activity, is a scientific truth of the last decade.  It used to be believed that the adult brain was pretty much fixed or hard wired. Not so. I like to say that neuroplasticity the superpower we all have.

Your brain has the ability to change from the day you’re born until the day you die, and neuroplasticity is happening every minute of every day whether you’re aware of it or not. It’s a choice and privilege to use neuroplasticity consciously for our good rather than unconsciously letting it work against us.

Neuroplasticity was the key to my recovering from depression and a brain injury resulting from a suicide attempt and finding happiness. You too can put neuroplasticity to use for you and change your life for the better. Promise.

The brain is like Play-Doh minus the funky smell because it’s changeable, malleable, and adaptable throughout a person’s life. The changes in the brain occur in response to actions we commit, our senses and perceptions, and even our thinking and imagining.  Basically, everything you do and think every day gets etched into your brain.

Neuroplasticity is a case of thought changing matter which, while remarkable, is no big deal for our brains. You can just think about your hand raising and it does which is both extraordinary and very ordinary at the same time. Neuroplasticity has substantial implications for every aspect of human nature and culture including medicine, psychiatry, psychology, relationships, education, and more.

Neuroplasticity has allowed people who have had strokes and brain trauma to recover amazing functionality. Because of neuroplasticity, congenitally blind people’s brains have figured out new ways to see. Children with cerebral palsy learn to move more gracefully and children with autism make cognitive strides which were thought not possible because of the ability of their brain to change. Experience-based neuroplasticity has also been harnessed to ease chronic pain. The examples go on and on.

Because nothing in your brain is hard-wired, you can utilize neuroplasticity to replace entrenched, unhealthy behaviors and patterns in your own life with better ones. A person has to make the effort to consistently practice the new habit and over time, their brain will respond by making permanent changes to reinforce the new behavior.

Want to quit smoking?  Interrupt the pattern habitually, and your brain will become your ally in the effort. Your brain can be put to work for you if you want to drop 10 pounds, end a drug addiction, or stop biting your fingernails. Visualizing can be of help when encouraging neuroplastic change to help end a bad habit because your brain also responds to your thoughts. Alter your behavior regularly, and your brain will support you by making physical changes encouraging the new pattern.

Putting Neuroplasticity to Work in My Life

Personally, I quit smoking when, after the brain injury, I couldn’t light up in the hospital for two weeks. However, the biggest changes I’ve made are in my thought processes.  After years of mental health counseling and taking an antidepressant, I still tried to commit suicide. Without pills or professional help in the years after the suicide attempt/brain injury, I have literally rewired my brain to think more positively and mindfully to rest in calm and joy.

The bottom line is that we have grossly underestimated what the brain can do and the huge role it plays in shaping our lives and realities. Put your brain to work for you. You have a magic wand in your head. Use it! 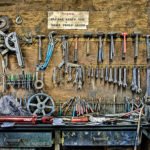 The Ultimate Do-It-Yourself Project: Your Brain 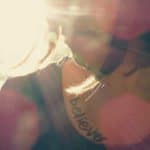 Believe It To See It