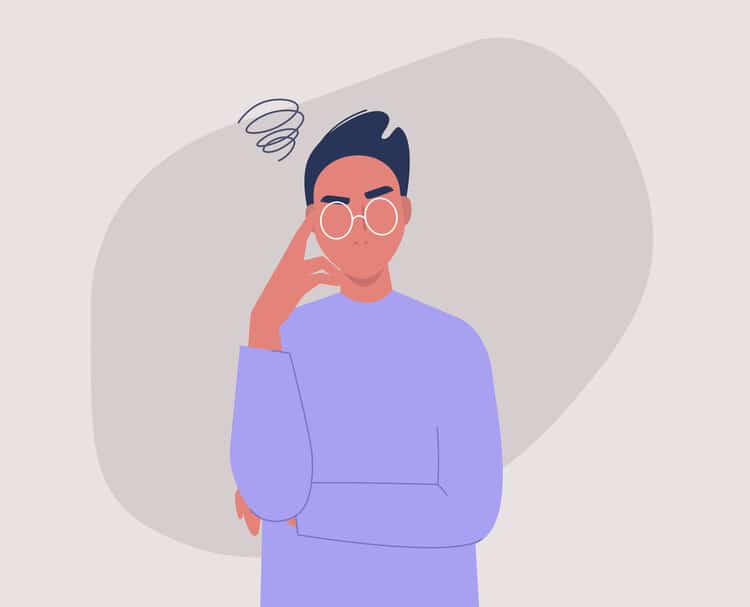 As if you didn’t have enough to worry about.

Now, science finds that negative thinking may actually cause your brain to decline faster and has been linked to an increase in the harmful proteins associated with Alzheimer’s disease.

In the study published in Alzheimer’s & Dementia, 292 people over the age of 55 answered questions, over a two-year period, about their habitual thoughts. The surveys focused on negative thinking patterns, like rumination and worry. Participants also regularly completed self-assessments for depression and anxiety symptoms.

Periodically, the participants were tested for memory, attention, spatial cognition, and language skills. Some people also had brain scans to measure deposits of tau and amyloid in their brains. These proteins are the cause of Alzheimer’s disease. The researchers found that people who had higher repetitive negative thought patterns experienced more cognitive decline over a four-year period. These individuals specifically showed more decline in memory, which is the first symptom in Alzheimer’s. The negative thinkers were also more likely to have amyloid and tau deposits in their brains.

The link between depression and dementia has been known for some time. Depression can show up as an early sign of Alzheimer’s, and symptoms, such as apathy and difficulty concentrating, can mimic dementia. Depression can negatively affect a person’s cognitive function, usually exhibiting as decreased attention, concentration, and energy levels, which means less exercise and overall activity — bad for any brain. Depressed people often withdraw from social contact and isolate themselves, which can further accelerate mental deterioration.

Researchers don’t know if depression later in life contributes to brain decline, or if it’s the other way around. People who are pre-symptomatic may experience depression as a result of changes in the brain that eventually lead to dementia. Older adults with depression have been identified as twice as likely to develop dementia, and 65 percent more likely to develop Alzheimer’s.

A 2020 meta-analysis reported that older adults with anxiety had a 57 percent higher risk of developing dementia. The risk goes even higher if the anxiety starts later in life. One study found that anxiety caused the brain to appear six years older. Participants with chronic phobic anxiety were found to have shorter telomere lengths, the tip of the chromosome in DNA. Short telomeres become weaker and cause your cells to age faster.

Negative thinking speeds up brain decline and has been linked to Alzheimer’s.

The good news is that treating mental health issues can lower risk and even reverse brain decline. According to a study from Boston University School of Medicine, getting evaluated and treated for depression can improve or maintain cognitive function in patients with mild cognitive impairment (MCI), which is often considered the first stage of Alzheimer’s.

In the study, researchers looked at 6,700 people with an average age of 72. The participants were evaluated at the beginning of the study for cognitive ability, then followed for two to 12 years. Results showed that people who began the study with normal function were more likely to progress to MCI if they had depression, anxiety, or other mood symptoms. However, one-third of those who had MCI were able to return to normal cognition, and those who reverted back had a reduction in depressive symptoms. Improvements in depression and mood symptoms led to a greater likelihood of cognitive improvement.

How to Improve Negative Thinking

Over time, through the process of neuroplasticity, negative thinking can become a default brain pattern. Anything you think repeatedly gets physically etched into the neural traits of your brain. This can lead to depression, anxiety, and, as explained above, have negative consequences for your brain and mental health.

However, do not despair. Negative thinking is mostly your brain’s instinctual negativity bias and a learned habit that you can interrupt. You can change your thinking patterns, and it all begins with you becoming aware of what you think. Read here to find out the ten most common thinking traps.

The first step in reversing negative thinking patterns is to become aware of them. You have to “catch” yourself in the act. One way you can become aware of your thoughts, feelings, and reactions, as they happen, is mindfulness. You can’t control the random thoughts that pop into your mind. However, you can control how you react to them.  In other words, you learn to notice them, pause, and choose what happens next. 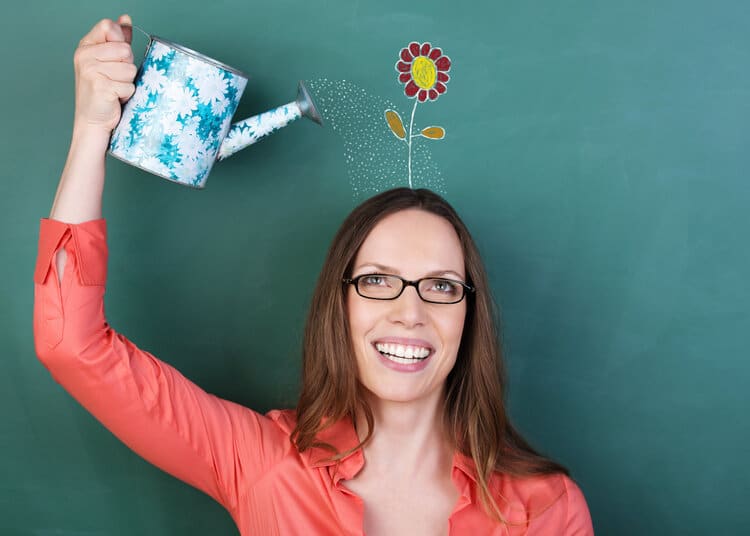 Start to distance yourself from and question your thoughts and beliefs. Analyze them objectively and begin to challenge your habitual thoughts. Is this really what you think or is it an inherited belief from your past? Drop the usual storylines running in your head and any personal emotional investment you have in the situation for a minute. Try on different points of view and zoom out. Have the intent to give your mind guidance, like a wise, caring friend. Control it instead of it controlling you.

You don’t have to believe everything you think.

Is the Thought Helping or Hurting You?

As a continuation of the step above, I like to ask myself “Is this thought helping me or hurting me?” Usually, with negative thinking, the answer is “It’s hurting me”. When it is, I then consciously choose a thought that is more supportive, understanding, or positive. It’s just as easy to come up with thoughts that encourage and help you achieve your goals as ones that don’t help you. You have to become aware of your habitual thoughts, pause, and make the effort to shift your thinking.

Your brain secretes neurochemicals and physically reacts to the thoughts that run through your mind. If you are guilty of frequently telling yourself things like “They don’t like me” or “That was stupid”, how do you think that kind of thinking makes you feel? Studies show that positive self-reflection, recalling happy memories, and affirmative thoughts boost serotonin activity in your prefrontal cortex.

Decide How You Want to Think and Believe

After examining your thoughts mindfully, consciously decide what you want to believe and think, how you want to behave, and who you want to be. Hold that image in the forefront of your mind and move forward taking the appropriate actions. Deciding isn’t a one-time thing. The priorities upon which you decide have to be considered and honored in the little choices you make every day and revisited as things change and new information becomes available. For further guidance, here are 5 Ways to Work With Your Mind to Stop Negative Thoughts.

You Can Change Your Thinking, Brain, and Life

I was depressed for decades and tried to end my life which resulted in a serious brain injury. (Read that story here.) I had to learn the basics of living, thinking, and being again. This time around, I learned healthier, happier, kinder ways of thinking. By consciously working with and altering my thoughts, behaviors, and emotions, I transformed my world which in turn, changed my physical brain and its default mode of operation.

Today, I live a brain-healthy lifestyle incorporating mental health practices daily to maintain the balance and happiness I’ve found. I’ve made friends with my mind and have even learned to put it to work FOR me instead of AGAINST me. You can do it too.

To not get pulled down by your mind, you’ve got to change the automatic negative thoughts playing in your head. At first, this is going to feel like trying to swim upstream, but with persistence and time, it can be done. 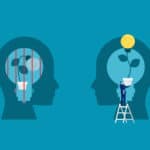 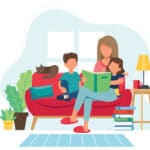