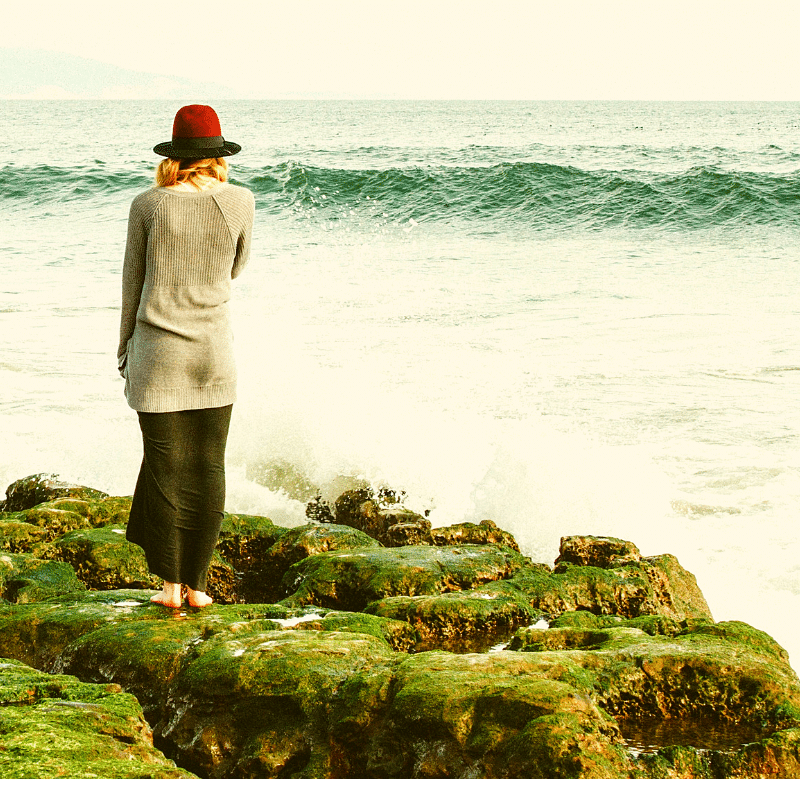 You don’t have to be a war veteran or the victim of physical abuse to experience trauma. Unfortunately, you can encounter trauma from many events in “normal” life (whatever that is). For example, trauma can result from being in a car accident, having an illness or injury, losing a loved one, or going through a divorce. Of course, it also encompasses extreme, deeply disturbing experiences, such as rape or violence.

The bad news is that science has confirmed that trauma changes a person’s brain in measurable ways that put them at higher risk for mental health problems. Children’s developing brains are especially vulnerable to being adversely affected by traumatic events. Recent research has even shown that trauma can be inherited through epigenetic changes.

However, the good news is that trauma can be processed  — even decades later — and your brain can heal.

Exactly What Is Trauma?

The article, The Science of Bouncing Back From Trauma, states:

Among psychiatrists, what constitutes “trauma” is controversial. Some define trauma based on the nature of the event: Psychiatry’s diagnostic manual, for instance, says a traumatic experience must be outside the range of what humans normally encounter. Others define trauma based on how people respond to an experience: Intense fear, helplessness, horror, or distress would be symptoms of trauma.”

An emerging definition holds that trauma challenges a person’s “assumptive world”: her belief in how people behave, how the world works, and how her life would unfold. By this understanding, trauma needn’t threaten life or health, nor cause post-traumatic stress disorder. But it must make you question your bedrock assumptions, such as that the world is fair, that terrible things do not befall good people, that there are limits to humans’ capacity for inhumanity, that things will always work out, or that the old die before the young. By that definition, few of us make it through this life without experiencing trauma.”

I’m going to posit that you can experience trauma as a result of any event. As far as I’m concerned, the litmus test is: “Was it traumatic for you?” Each of us experiences the world uniquely as our brains give meaning to events and stimuli encountered depending on our physical brain function, memories, beliefs, and attitudes about ourselves, others, and the world shaped by family, religion, school, culture, and life experiences past and present. So, what’s traumatic for one person may not be for another and vice versa.

In her book, It’s Not You, It’s What Happened To You,  Christine Courtois proposes five basic types of trauma:

How Trauma Changes Your Brain

Trauma can actually alter the function of your brain during a stressful event and result in lasting changes in certain brain regions. These changes can impair cognitive function and memory encoding and recall at the moment and in the future. Trauma primarily affects three areas of the brain — the amygdala, the hippocampus, and the prefrontal cortex.

The prefrontal cortex of your brain is primarily in charge of conscious thought and behavior. This is the area of higher-level brain function allowing you to focus attention, think rationally, and inhibit impulses. In states of extreme stress, fear, or terror, your prefrontal cortex becomes impaired. A surge of stress chemicals basically shuts it down. Chronic stress or trauma can decrease the overall functioning of this area.  This can result in problems with attention, awareness, decision-making, reasoning, impulsivity, controlling emotions, and the ability to regulate the stress response.

The Fear Center of Your Brain Becomes Hypersensitive

At some point during a traumatic event, fear kicks in and your amygdala takes over. Your amygdala acts as your brain’s threat radar. When the amygdala sounds the alarm, your body responds with an almost instantaneous sequence of hormonal and physiological changes preparing you to fight for your life or flee.  After trauma as in the case of PTSD, the amygdala can become hypersensitive, reacting to every potential threat and continually flooding your system with stress hormones. This negatively affects your brain and body. 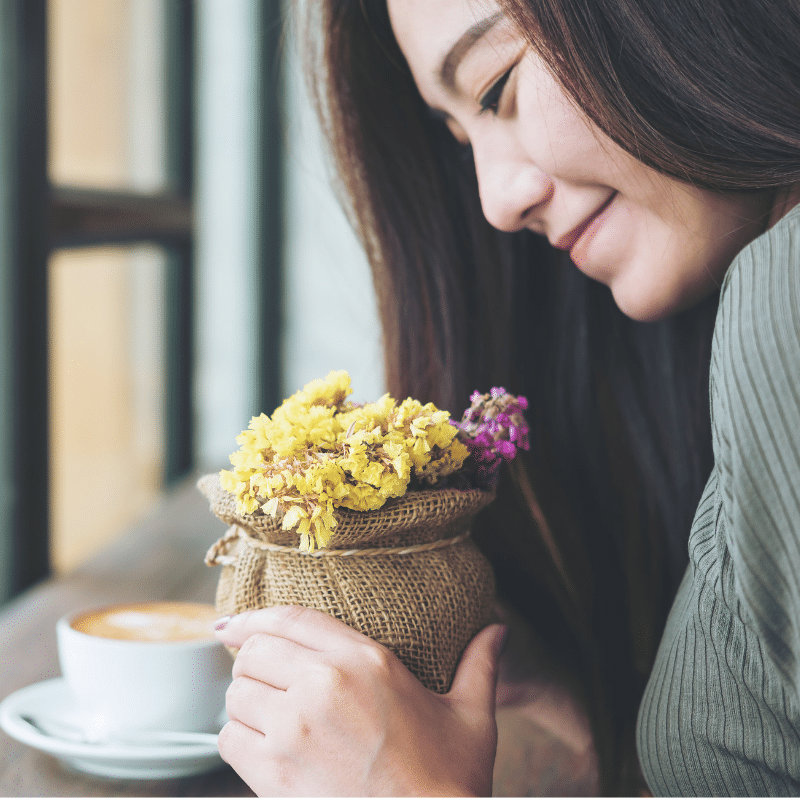 How to Help Your Brain Process Trauma

Healing a traumatized brain takes effort, repetition, and time, but it can be done. Just as we are biologically equipped with mechanisms to deal with threatening situations, our brains are capable of re-establishing normal operation and feelings of calm, security, and happiness. While it is possible to activate these positive states through self-care, healing your brain and life after trauma often requires the guidance of a professional. Here are some methods research has shown to be helpful in assisting the brain in processing trauma.

Eye Movement Desensitization and Reprocessing (EMDR) therapy is an interactive psychotherapy technique proven to be an effective treatment for trauma and post-traumatic stress disorder (PTSD). During EMDR therapy sessions, you relive traumatic or triggering experiences in brief doses while the therapist directs your eye movements with a light.

EMDR is thought to be effective because recalling distressing events is often less emotionally upsetting when your attention is diverted. This allows you to be exposed to the memories or thoughts without having a strong psychological response. Memory is an active ongoing process. Every time you recall a memory, your brain reconsolidates it, incorporating and filtering it through who you are and the circumstances at the time of remembering. So, over time, EMDR can lessen the emotional impact of memories.

Neurofeedback is a specialized form of biofeedback in which a person’s brain learns at a subconscious level to permanently alter the brainwaves. It has existed for over 40 years and has applications ranging from the treatment of brain injury, epilepsy, migraines, depression, ADHD and autism, and chronic pain to performance enhancement in sports. I did neurofeedback extensively, and it played a crucial role in my recovery from a brain injury.

In neurofeedback, EEG sensors are placed on the scalp and ears to read the amount of electrical energy put out by the brain in the form of brainwaves at different sites. The brainwaves are monitored by computer software that interprets the data giving feedback to the person training. With repetition, the brain learns to self-regulate and actually makes permanent physiological changes to perform more optimally. A person’s brain will continue to make adjustments even when not training.

Resolving trauma can be as simple as talking about it with a trained therapist. Research shows that the more we try to push away troubling memories, the more the thoughts tend to intrude on our minds. Studies show that Cognitive Behavioral Therapy (CBT) is one of the most effective forms of therapy for PTSD.

In his article, The Healing Power of Telling Your Trauma Story, Seth Gillian, Ph.D., tells  that talking about trauma helps in the following ways:

In clinical research on PTSD,  MDMA, also known as ecstasy, has proven to be a highly effective treatment. War veterans struggling with PTSD have reported significant reduction of symptoms after MDMA-assisted psychotherapy. According to one study,

…after three doses of MDMA administered under a psychiatrist’s guidance, the patients reported a 56 percent decrease in the severity of symptoms on average. By the end of the study, two-thirds no longer met the criteria for having PTSD. Follow-up examinations found that improvements lasted more than a year after therapy.”

The science of psychedelic drugs is in the early stages and ongoing. Research on psilocybin (the psychoactive ingredient in “magic mushrooms”) and MDMA is in FDA-approved trials in the U.S. Until more is known, these drugs should be approached with caution. However, they do hold great promise. 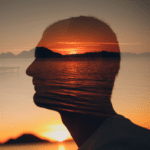 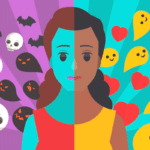 How to Argue With Your Thoughts to Create More Happiness