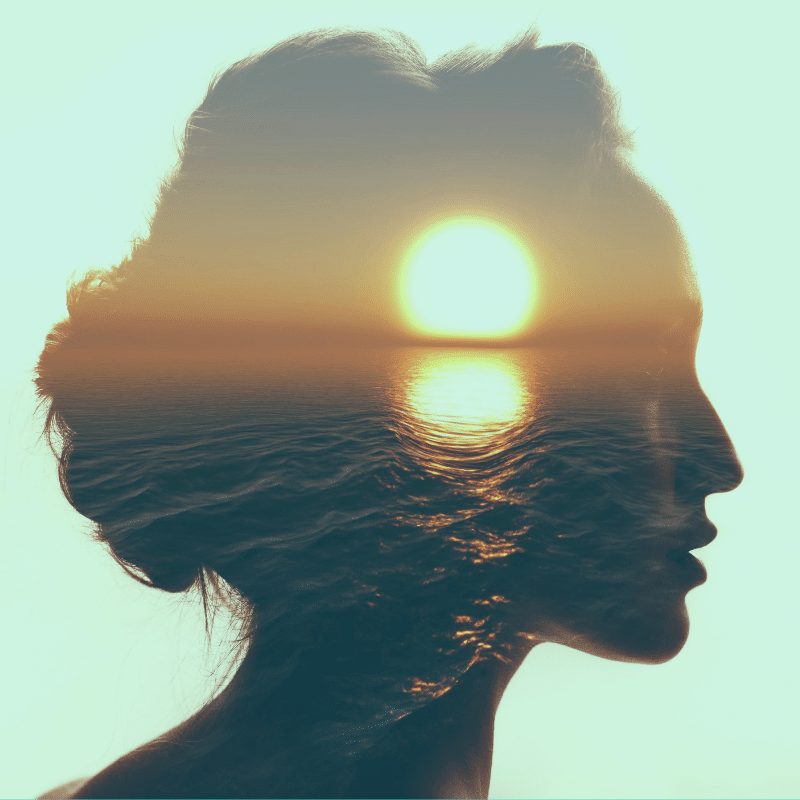 I’ll bet that you’ve experienced butterflies in your stomach or an unmistakable, strong gut feeling before. So, you’ve pretty much always known that what goes on in your head affects your stomach. But did you know that what goes on in your belly affects your brain too? It works both ways. Science has proven that what happens in your gut dramatically impacts your brain operation and mental health.

Your gut bacteria modify your overall health in many ways. They help build your immune system, influence your weight, and have a part in your risk of certain conditions, like diabetes, obesity, and autoimmune, heart, and colon diseases. They also impact your brain operation, which in turn, determines your mental health and behavior.

Communication from your gut to your brain is accomplished through the vagus nerve, the immune system, and other neurochemical and microbial messengers.

The Brain in Your Gut

The ENS uses over 30 neurotransmitters, including dopamine and serotonin — just like the brain in your head — and similarly influences your physical body and emotional states. In fact, 95 percent of the body’s serotonin is found in the bowels. Studies have linked the ENS to stress, depression, autism, inflammatory bowel disease, Parkinson’s, and even osteoporosis.

What Is The Gut And Brain Axis?

The GBA is bidirectional — meaning that it is how the brain sends signals to the gut and how the gut sends signals to the brain. This communication is accomplished through the vagus nerve, the immune system, and other neurochemical and microbial messengers. In fact, scientists discovered gut cells had the ability to rapidly communicate with the brain at lightning speed in 2010. The research found that gut cells reached out to vagal neurons and formed synaptic connections to transmit signals within 100 milliseconds — faster than an eyeblink. The findings suggest that the reason for the super-fast signaling may be in the need for our ancestors to be able to detect toxins and poisons.

The vagus nerve is the longest of the cranial nerves, contains motor and sensory fibers, and passes through the neck and thorax to the abdomen. It connects to multiple organs including your heart, lungs, liver, kidneys, spleen, fertility organs, and pancreas. It also affects your neck, ears, and tongue. Your vagus nerve is the body’s major parasympathetic nerve responsible for the gag reflex, slowing the heart rate, controlling sweating, regulating blood pressure, stimulating the gastrointestinal tract, and controlling vascular tone.

The parasympathetic nervous system is sometimes referred to as the “rest and digest” system and helps put your body at ease so you can process not only your food but also your emotions. Traditionally, scientists believed that the nerve only regulated suppressive functions, such as fullness and nausea. However, research shows that the vagus nerve performs some other important and surprising duties:

Studies demonstrated that when the vagus nerve gets a signal that your body is developing inflammation, it alerts the brain and activates anti-inflammatory neurotransmitters that regulate the body’s immune response. Therefore, stimulating the vagus nerve reduces inflammation and for example, can help the symptoms of arthritis.

Research with rats and humans reveal that when the vagus nerve is stimulated subjects make stronger memories. Stimulating the nerve causes the neurotransmitter norepinephrine to be released into the amygdala which strengthens memory storage. Memories, both pleasant and unpleasant, are reinforced. Because of this, vagus nerve stimulation might prove to be a promising treatment for conditions like Alzheimer’s. If science can figure out how to interrupt the process, it could be helpful in treating PTSD. Many studies already show vagus nerve stimulation (VNS) can improve depressive symptoms.

HRV is affected by many factors including aerobic fitness, age, genetics, body position, time of day, and health status. During exercise, HRV decreases as the heart rate goes up. Generally, increased HRV with longer intervals is found in a well-conditioned heart at rest. Your heart rate is intimately tied to your bodily functions and emotional and mental states. 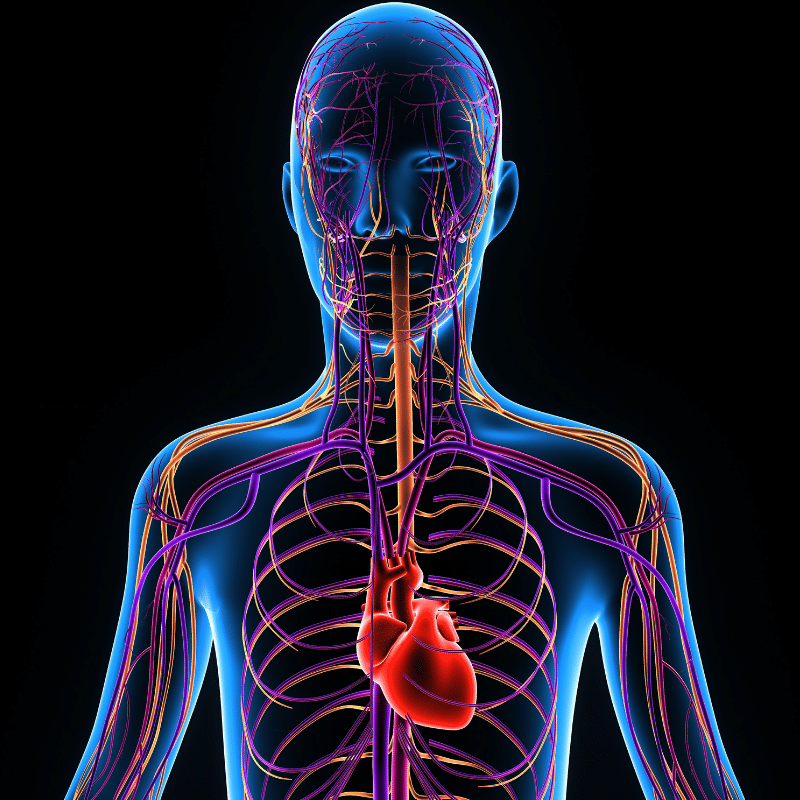 The health and function of your vagus nerve are referred to as “vagal tone.”  As described earlier, low vagal tone is linked to physical and mental diseases and conditions. One way to increase vagal tone is through vagal nerve stimulation (VNS).

VNS involves placing a device in the body that uses electrical impulses to stimulate the nerve. The device is usually placed under the skin of the chest, where a wire connects it to the vagus nerve. Once the device is activated, it sends signals through the nerve to your brainstem, which then transmits information to the rest of your brain. A neurologist usually programs the device, but people often receive a handheld magnet they can use to control the device on their own as well.

VNS has been successfully used in epilepsy and depression cases that do not respond to other treatments. VNS has the potential to help treat a range of other conditions in the future, including multiple sclerosis, Alzheimer’s disease, and cluster headaches.

Ways to Stimulate and Tone Your Vagus Nerve Naturally

You can stimulate your vagus nerve on your own easily. It can also be toned and strengthened like a muscle.  According to the article, 12 Ways to Unlock the Powers of the Vagus Nerve, here are some ways to do that:

1. Positive Social Relationships – A study had participants think compassionately about others while silently repeating positive phrases about friends and family. Compared to the controls, the meditators showed an overall increase in positive emotions like serenity, joy, and hope after completing the class. These positive thoughts of others led to an improvement in vagal function as seen in heart-rate variability. The results also showed a more toned vagus nerve than when simply meditating.

2. Cold – Studies show that when your body adjusts to cold, your fight or flight (sympathetic) system declines and your rest and digest (parasympathetic) system increases–and this is mediated by the vagus nerve. Any kind of acute cold exposure including drinking ice cold water will increase vagus nerve activation.

3. Gargling – Another home remedy for an under-stimulated vagus nerve is to gargle with water. Gargling actually stimulates the muscles of the pallet which are fired by the vagus nerve.

“Typically patients will tear up a bit which is a good sign and if they don’t, we recommend that they do it regularly every day until they notice that they do start tearing up a bit,” says Hoffman. “This has been shown to immediately improve working memory performance.”

4. Singing And Chanting – Humming, mantra chanting, hymn singing, and upbeat energetic singing all increase heart rate variability (HRV) in slightly different ways. Essentially, singing is like initiating a vagal pump sending out relaxing waves. Singing at the top of your lungs works the muscles in the back of the throat to activate the vagus. When people sing in unison, which is often done in churches and synagogues, it also increases HRV and vagus function. Singing has been found to increase oxytocin, also known as the love hormone because it makes people feel closer to one another.

5. Massage – You can stimulate your vagus nerve by massaging your feet and your neck along the carotid sinus, located along the carotid arteries on either side of your neck. A neck massage can help reduce seizures. A foot massage help can lower your heart rate and blood pressure. A pressure massage can also activate the vagus nerve. These messages are used to help infants gain weight by stimulating gut function, largely mediated by activating the vagus nerve.

There are various case reports of people fainting from laughter and this may be from the vagus nerve/parasympathetic system being stimulated too much. Fainting can come after laughter as well as urination, coughing, swallowing or bowel movement—all of which are helped along by vagus activation.

7. Yoga And Tai Chi — Both increase vagus nerve activity and your parasympathetic system in general. Studies have shown that yoga increases GABA, a calming neurotransmitter in your brain. Researchers believe it does this by “stimulating vagal afferents (fibers),” which increase activity in the parasympathetic nervous system. This is especially helpful for those who struggle with anxiety or depression. Studies show that tai chi also can ‘enhance vagal modulation.’

8. Breathing Deeply And Slowly — Your heart and neck contain neurons that have receptors called baroreceptors, which detect blood pressure and transmit the neuronal signal to your brain. This activates your vagus nerve that connects to your heart to lower blood pressure and heart rate. Slow breathing, with a roughly equal amount of time breathing in and out, increases the sensitivity of baroreceptors and vagal activation. Breathing around 5-6 breaths per minute in the average adult can be very helpful.

10. Relax – Learning how to chill may be the No. 1 thing to help keep your vagus nerve toned. According to Hoffman, most relaxing activities will stimulate the vagus nerve. 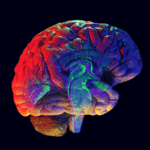 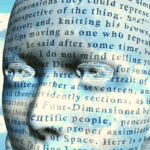 How Words Build and Strengthen Your Brain Over Your Life