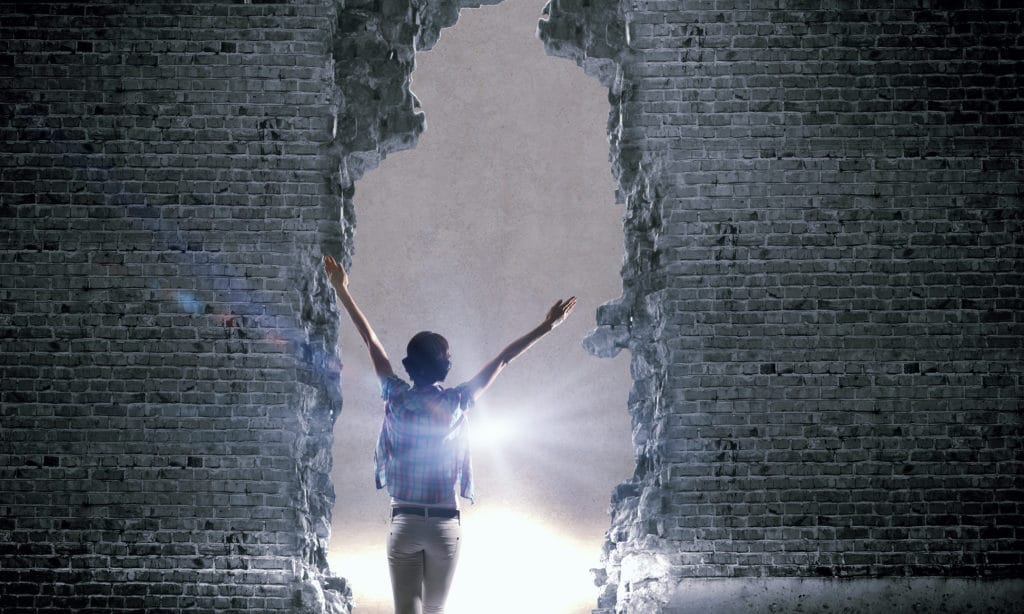 For more than a decade, I took an antidepressant, went to weekly therapy sessions on and off for stretches at a time, spilled my guts, and listened to the counselors’ words with the best of intentions.

My Road To Depression

During this period, I was in my thirties and a stay-at-home mother of two small sons having married my high school sweetheart immediately upon our graduating from college. Despite my earning a versatile business degree, we fell into the pattern of our lives revolving his career starting the day after the wedding when we took off in a 24-foot U-Haul crammed with all of our worldly possessions. We drove from the east coast to the middle of the U.S., where he had landed a good first job with a national company, to start a life for ourselves.

We continued the same trend, moving about every two years, sometimes more, during the marriage for a better job, for the promise of a better life, sometimes just for the heck of it, I think.  Over 18 years of marriage, we moved 11 times – and I mean states.

Our lack of roots was one reason I liked and needed counseling. Seeing a therapist provided an instant support system – and audience to play my well-perfected role of victim – as I often lived far from my family and had no real friends. Moving around so much made keeping friends almost impossible. By the time I learned where the Target and grocery store were and met a few Mom’s in the neighborhood, it was time to take off again. Back then, there was no text or internet.

Talking with a professional did make me feel somewhat better because I at least felt like I had a life line, like there was hope, like I was actively trying to do something to climb out of the fog, the malaise, the sadness and emptiness that followed me and got worse with every move. But for the most part, therapy failed because I would basically go in there and say what I thought they wanted to hear. It didn’t work because I didn’t work it.

Now, don’t get me wrong. I was prime therapy material, for sure, and I revealed more than my share of problems. I didn’t paint everything butterflies and rainbows, but I also didn’t expose the real me and dig in and do the nitty gritty work needed. I wasn’t about to tell my deepest secrets and let the therapist see my darkest side because I wasn’t ready to acknowledge them myself. I wasn’t finished being a victim and pointing my finger at everyone else.

When confronted with life’s challenges, I did the internal equivalent of throwing my hands in the air, shrieking, and running as fast as I could in the other direction. Outwardly, I plastered on a brave face and pulled up my big girl panties. This is the side I showed the counselor – although I’m thinking now that any professional worth their weight probably saw through my facade.

I wanted to be as strong as I pretended to be, however, inside I was terrified and seriously doubted my ability to handle it. Whatever “it” was.

Anyone around me was probably blind to my crippling fear and self-doubt (or maybe they weren’t and I wasn’t fooling people nearly as much as I thought.) I feel like I’ve spent most of my life in the chasm between looking brave and being brave. When I was younger, I would stuff the weak-kneed feelings and barrel on. After years of weathering one emotional storm after another: taking care of my brother for two years who died of AIDs, multiple miscarriages, years of an unhappy marriage which ended in an ugly divorce that drug on for years, my knees buckled. I tried to commit suicide by overdosing on pills.

Obviously, I was unsuccessful, but I did manage to put myself in a coma, land myself in the hospital for two weeks, and give myself a brain injury. My ex-husband sued me for custody of our sons, won, and immediately moved out-of-state with them. (Read the full story here)

Finding Strength In My Weakness

Right after the attempt, I was seriously mentally impaired and just trying to live independently was a challenge. With determination, hard work, and discipline every day, for years, accompanied by lots of reading and learning, self-examination, counseling (where I was honest this time), doing things differently, and through the miracle of neuroplasticity, I slowly emerged from the mess I had made.

The brain injury forced me to get honest with myself and others real quick and drop any pretenses that I’d been trying to maintain. I mean, it’s pretty darn hard to pretend all is well when you’re severely brain injured and have lost custody of your kids.

At first, I tried to hide all that had happened out of embarrassment, shame, and fear of being judged which was an exhausting and nerve-wracking, 24-hour task. I soon realized that I couldn’t keep up such a charade. With the brain injury, I just didn’t have the mental stamina. I needed to devote my limited energy to healing not hiding.

As part of my healing journey, I started talking and writing about my experiences and the touchy subjects of depression, suicide, and mental illness. To be completely honest, part of my openness about the events was due to the fact that I was brain injured. My frontal lobe wasn’t concerned with the “shoulds” of  society anymore. I didn’t know nor care what was considered proper. Now, I go back and read blogs that I wrote and think, “I told THAT?!”

Upon putting all my dirty laundry out there for everyone to see and allowing myself to be vulnerable, the most amazing thing happened. People were most often compassionate and understanding. Many went on to tell me their own stories about “having been there.” My blog started getting circulated with readers commenting on how they could relate to my anxiety, depression, feelings of worthlessness, and other life challenges and calling me brave! Who me?!

And yes, I did have a few who criticized, judged, and tried to shame me. My ex-husband told a judge that I had a “suicide blog.” Another person likened my blog to a train wreck where they were horrified but couldn’t look away. Eventually, I came to understand that if I refused to take on any shame, there was none. The shame only existed if I imposed it on myself.

Becoming Strong By Allowing Yourself To Be Weak

I realized that in my past efforts to appear to be strong all of those years that I had really only been hurting myself by not allowing myself to feel emotions honestly, deal with them, and receive the support of others. Too often, we build walls around ourselves in the midst of grief, pain, or challenges, portraying ourselves to be proud people who don’t need anyone’s help to our detriment.

When we close ourselves off from feeling uncomfortable emotions in the name of being strong, to keep from looking weak, vulnerable, and incapable to others, we’re missing out on the opportunity to grow and to let others support us. When we open ourselves up honestly and transparently and became vulnerable to others, it allows them to more readily accept their own flaws and extend us and themselves compassion and forgiveness.

Heck, I’m even OK with people thinking, “At least I didn’t screw up THAT bad” when they hear my story.

Have you been spending too much time hiding behind walls in an effort to appear strong? Have you been distancing yourself from others, fearing they will think that you’re weak? Have you stuffed your emotions because they intimidate you, scare you, or fill you with uncertainty?

If so, please realize that you’re just a human being doing the best that you can do. We all are. It’s time to give yourself permission to feel scared, weak, or sad. It’s time to embrace the very vulnerability that you hide and in doing so, discover the freedom, acceptance, and support that’s on the other side.

In the end, it’s actually through our weaknesses that we become strong. 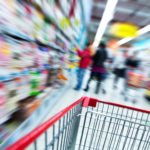 Why You Always Choose The Slowest Checkout Line 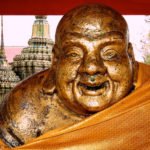 How To Turn Up The Happiness Synthesizer In Your Head