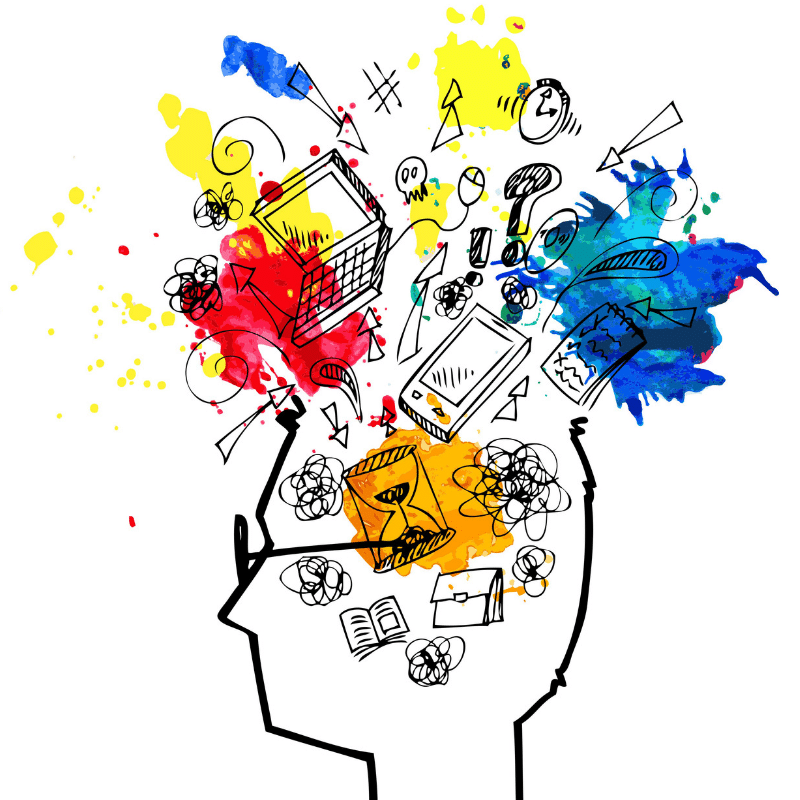 All too often, life can feel like a game of emotional pinball — where you’re the ball pinging around erratically in an arcade-like maze ricocheting off everything haphazardly in all directions. In this scenario, your life takes unexpected twists and turns at high speeds with no real direction.

It’s confusing, exhausting, and no fun at all.

I know. This used to be my life.

That’s what it feels like when you go through life reacting to events, people, thoughts, and emotions — with little emotional control or intelligence. I’m here to tell you that you don’t have to live this way. The chaos in your life calms way down when you calm your brain.

Your Brain is Naturally Reactive

To survive, your ancestor’s brains developed a prickly awareness always on the lookout for danger. Their brains zoomed in on anything considered a possible threat, were super sensitive to painful experiences – burning them into memory, and acted quickly physically without thinking first. Taking the time to think could have meant death.

This reactivity was an evolutionary advantage and helped them survive. Animals that were nervous, cautious, and clingy were more likely to live to pass on their DNA. This hair-trigger reactivity, called negativity bias, still exists in your brain today but doesn’t help you much anymore. In fact, it can leave you feeling like the pinball — jumpy, agitated, stressed, worried, and negative.

It’s why the media bombards you with bad news. It’s why your brain grabs hold of hurts and worries and won’t let go.  And it may be why so many people are anxious and depressed.

Your amygdala are small almond-shaped masses (there are two of them) of nuclei located deep within the temporal lobe of your brain. They are ancient limbic system structures primarily responsible for processing memory, decision-making, motivation, and emotional reactions – most significantly, those related to survival.

Your amygdala are your brain’s security system. When they sound the alarm, your body responds with an almost instantaneous sequence of hormonal and physiological changes preparing you to fight or flee. Even though you no longer run into hungry tigers, your amygdala activates today when you run into an angry partner, a rude driver, a high credit card bill, or an important deadline at work.

When the amygdala activate frequently for daily events, the stress hormone, cortisol, floods and damages your brain. Chronic stress overstimulates, weakens, and eventually kills cells in and shrinks your hippocampus. In addition to being crucial to memory, the hippocampus calms down your amygdala and tells the hypothalamus to quit producing stress hormones. So, over time, a self-perpetuating cycle of stress gets established in your brain with your amygdala becoming progressively more active and sensitive. This leaves you feeling like the pinball.

Your brain has two basic settings: reactive and responsive.

The PNS and SNS evolved hand in hand to keep us alive. You need them both. However, if your SNS were surgically disconnected, you’d live. If your PNS were disconnected, you couldn’t survive. Just like you can’t drive a car by stomping on the gas and the brake at the same time, you want the SNS and the PNS to work together in balance.

As long as your core needs are being met, your brain should ideally experience mild SNS activation for enthusiasm, vitality, and passionate interests. The SNS would also spike occasionally to deal with demanding situations as they arose. After, your nervous system would ideally default back to a baseline responsive mode of PNS activation in which you feel safe, relaxed, and peaceful.

A Happy Brain Is a Responsive Brain

For health and happiness, you want your brain and amygdala to exist in the responsive mode most of the time. Only when your brain is calm, can you fully experience gratitude, joy, contentment, and connectedness and are capable of intimacy, kindness, compassion, and love. You also need a calm brain to learn. Unfortunately, these days many of us spend way too much time with our brains in the chaos of reactive mode.

In responsive mode, you meet challenges without them becoming stressors. Events occur, even hard ones, but there’s a kind of shock absorber in your brain that stops them from rattling you. You deal with threat, loss, or rejection without getting carried along by feelings of fear, frustration, or heartache. You’re still engaged with life, and sometimes handling very difficult things, but on the basis of an underlying sense of security, fulfillment, and feeling cared about.

In other words, when your brain is not disturbed by threat, loss, or rejection. Neurochemical systems involving oxytocin and natural opioids, regions such as the subgenual cingulate cortex, and neural networks such as the parasympathetic nervous system (PNS) initiate and maintain this balanced, sustainable, homeostatic condition.” 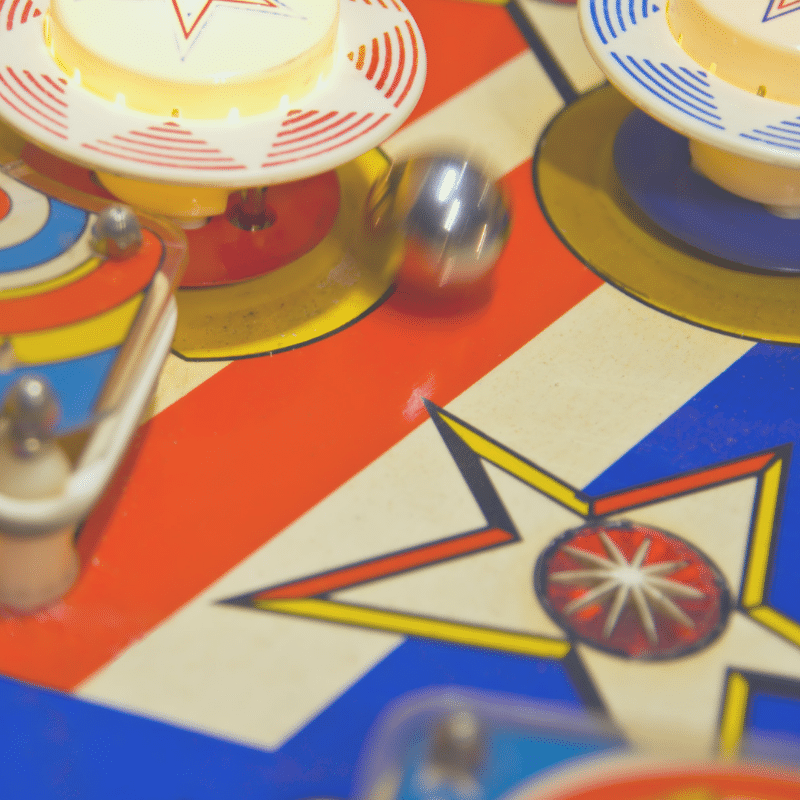 A Four-Step Method to Calm Your Brain

Dan Siegel, clinical professor of psychiatry at the UCLA School of Medicine and Executive Director of the Mindsight Institute, offers a practice he calls SIFTing to calm your brain. SIFTing asks you to pause and allow your rational brain to give your emotional brain some guidance.

With SIFTing, you’re intentionally taking a moment to consciously calm your brain’s instinctual reaction. If you run through these steps, you calm your brain and body at that moment on the spot. Because of neuroplasticity, over time and with repetition, SIFTing can teach your brain to be less reactive and remain in a responsive mode more ongoing. It’s really just a mindfulness practice.

In his book, The Whole Brain Child: 12 Revolutionary Strategies to Nurture Your Child’s Developing Mind, Siegel offers the exercise to help parents show their children how to navigate their experiences in the world. An increased self-awareness helps the different parts of children’s brains work together and become more integrated. This results in greater emotional intelligence and improved mental health. You don’t have to be a child to reap the benefits.

S is for Sensations

I is for Images

Upsetting thoughts and feelings often take the form of images in your mind. Sometimes there’s a parade of pictures running through your agitated brain. These images, whether they’re from real past events or future fears, have a tremendous influence on how you feel. Become aware of and identify any images that exist so that you can have greater control over them. Question their authenticity for you and reframe them, if needed.

F is for Feelings

Notice what feelings accompany the sensations and images. Name them. Remember, feelings are not facts. They are subjective and not right or wrong. They just are. Work on accepting and exploring your feelings — not judging them. They can be clues as to what you’re thinking or unconscious beliefs from your past that may be subconsciously showing up. Give your feelings a name. Labeling feelings has been proven to diffuse them.

T is for Thoughts

Observe your thoughts and identify them. What story are you telling yourself that is causing you to react this way or what assumption are you making that may or may not be true? Bryon Katie, author of Loving What Is: Four Questions That Can Change Your Life says:

I have never experienced a stressful feeling that wasn’t caused by attaching to an untrue thought. Behind every uncomfortable feeling, there’s a thought that isn’t true for us.” 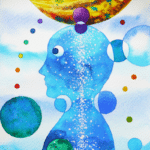 How to Stop the Negative Thought Loop in Your Mind 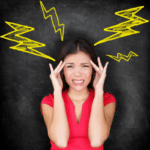 What Your Brain Needs to Know About Headaches