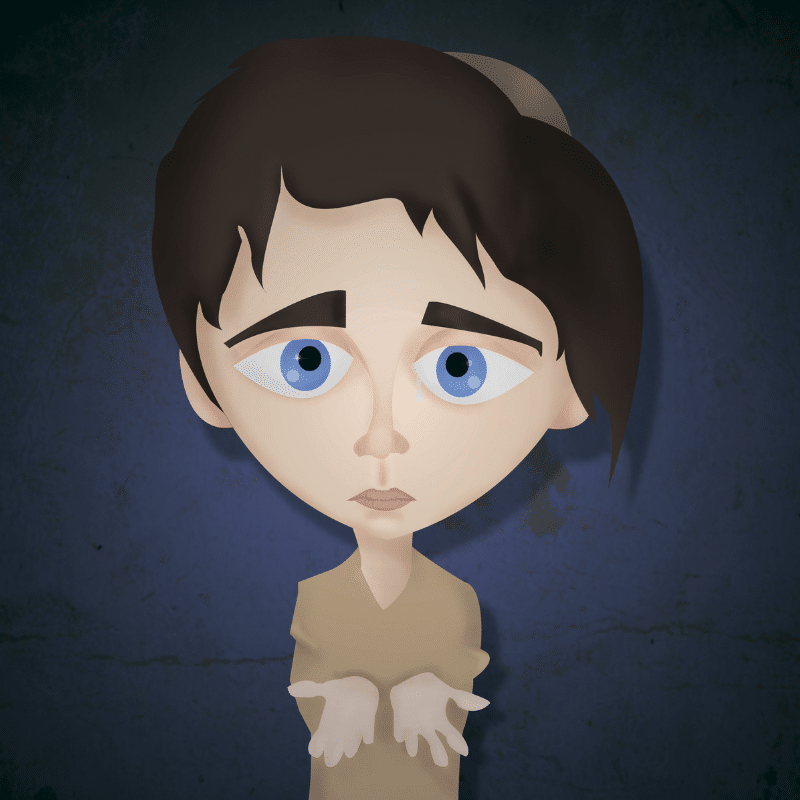 Some people are born with a genetic makeup that makes them more prone to depression, but that doesn’t mean they will automatically become depressed. The converse is also true. Somebody born with different genes is not necessarily immune to developing the condition.

How Does A Child’s Brain Get Depressed?

Just as in adults, there’s no single known cause of adolescent depression. People develop depression due to a myriad of factors, including genetics, childhood experiences, learned behavior and thinking patterns, stress, and social support. Most often, it’s a combination of several of these things coming together in just the right – or wrong – way. Depression often starts developing in early childhood and can be diagnosed in children as young as three. According to the Mayo Clinic, factors which could lead to depression in a child include :

Differences in the Brain

Most children don’t have well-developed coping mechanisms. A traumatic event can leave a lasting impression. Loss of a parent or physical, emotional, or sexual abuse can leave lasting effects on a child’s brain that could contribute to depression.

Research shows that depression has a biological component. It can be passed down from parents to their children. Children who have one or more close relatives with depression, especially a parent, are more likely to have depression themselves.

Teens regularly exposed to pessimistic thinking, especially from their parents, and who learn to feel helpless instead of how to overcome challenges, can also develop depression.

Depression Is a Brain Pattern

In the book, The Upward Spiral: Using Neuroscience to Reverse the Course of Depression, One Small Change at a Time, Alex Korb explains how a brain becomes depressed like this:

The flow of traffic through a city is complex and dynamic – sometimes jamming up inexplicably and other times flowing smoothly, even at rush hour. The stock market and larger economy follow similar patterns as does the weather and even pop culture. Mathematically, these types of complex dynamic systems share many similarities, including the way the whole system — whether a traffic jam, a tornado, a recession or recovery, a viral tweet, or the next fad — can get caught in a runaway pattern: either an upward or downward spiral.

So why do tornadoes happen in Oklahoma but not in New York? Because conditions are just right — the flatness of the land, temperature changes, humidity, and wind direction and speed. But there’s nothing wrong with Oklahoma.

The same is true of your brain. In depression, there’s nothing fundamentally wrong with the brain. It’s simply that the particular tuning of neural circuits creates the tendency toward a pattern of depression. It has to do with the way the brain deals with stress, planning, habits, decision making, and a dozen other things — the dynamic interaction of those circuits. And once the pattern starts to form, it causes dozens of tiny changes throughout the brain that create a downward spiral.”

We know that adverse childhood experiences (ACEs) lead to changes in the adolescent brain which put it at greater risk for depression.  Sadly, common life experiences and treatment that wouldn’t be considered reportable abuse can be traumatic to a developing brain. Death, divorce, poverty, lack of nurturing, bullying, illness, and much more can detrimentally alter a child’s brain. That’s why it’s so important for parents, teachers, and community leaders to recognize that even lower levels of trauma may put kids at risk for developing anxiety and depression. According to one study, published in the Proceedings of the National Academy of Sciences :

Childhood maltreatment experiences may lead to poorer communication between the hippocampus and prefrontal cortex in girls and boys, but poorer communication between the amygdala and prefrontal cortex in girls only,” explains Herringa. “These brain changes, in turn, are associated with the development of anxiety and depression symptoms by late adolescence (age 18).”

Research has discovered that depressed children have brain patterns similar to those seen in adults diagnosed with the disorder. According to research, preschoolers show clinical symptoms synonymous with adult depression. In fMRI scans., they also showed amygdala reactivity and brain activity which correlated with the severity of their symptoms.

Depression in the Adolescent Brain

Every child experiences sadness and goes through emotional stages as they develop. Just because a child is sad doesn’t mean they are depressed. If the sadness becomes persistent or interferes with normal social activities, interests, schoolwork, or family life, it may mean they are depressed. According to Mental Health America 2017 statistics,  11.01% of youth (age 12-17) reported suffering from at least one major depressive episode during the past year and 7.4% of youth (or 1.8 million youth) experienced severe depression.
Trauma changes a child’s brain putting it at greater risk for depression.

Childhood depression often goes undiagnosed and untreated because the symptoms are viewed as typical emotional and psychological changes that occur during growth. Depression symptoms in children will often cause problems within the family unit. Many parents will become frustrated with and focus on their child’s’ behaviors rather than looking at what their child is experiencing — possibly depression. Parents often discipline their child’s behaviors, in an effort to decrease them. Unfortunately, this may cause the child to feel more depressed and reinforce a downward spiral. 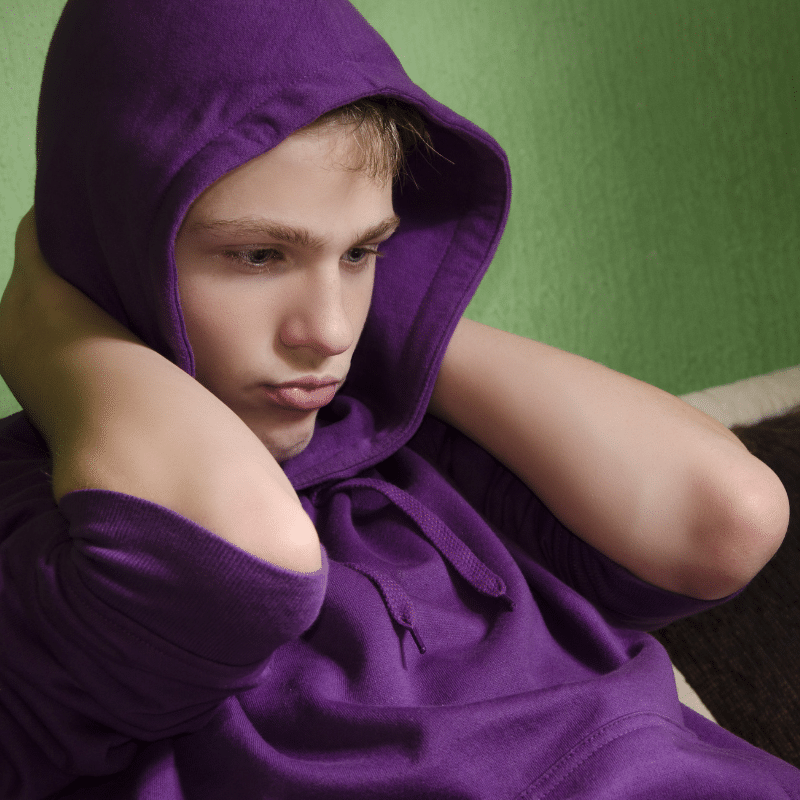 Symptoms of Depression in an Adolescent or Teenager

Estimates from a study published in American Family Physician state that up to 15 percent of children and adolescents have some symptoms of depression. Symptoms of depression in children can often be difficult for parents to spot because they look like the normal behaviors of going through puberty and being a teenager. If you’ve ever raised a teen, you know that appetite changes and moodiness are often normal.

Depression is going to be a more extreme, persistent version of those. It is going to be more than just passing boredom or a lack of interest in school. According to the American Academy of Child and Adolescent Psychiatry (AACAP),  signs of adolescent depression include:

Many teenagers with depressive symptoms experience real physical symptoms such as headaches, upset stomach, fatigue, or pain in other areas of their body.

2. Lack of interest in activities

A common depression symptom among all genders and ages is difficulty concentrating. Many teenagers report that they have trouble focusing in school, at jobs, or while completing tasks as simple as browsing the computer.

Excessive guilt reported by teenagers with depression symptoms can present as the teen “beating themselves up” for small mistakes or decisions. It can also appear as being afraid to make future decisions for fear they will be “wrong.” Self-harming might be present.

Many teenagers with depression participate in irresponsible behavior that can appear out of character for them. Some teenagers will present rebellious behaviors, such as running away from home, refusing to do schoolwork, engaging in risky sexual behaviors, and/or smoking or partaking in drug use.

Like adults with depression, teenagers can experience changes in their eating habits. For example, teenagers will often lose weight due to a decrease in appetite or overeat as a way to cope with their depression.

Teenagers will often display a persistent, pervasive sadness when depressed. Frequent crying episodes, feeling of hopelessness, and a decrease in laughter can be indicators that your teenager is depressed.

Anxiety is a common companion of depression in teens and adults. Panic attacks, feeling overwhelmed, and a preoccupation with worry can be symptoms of anxiety. Anxiety can also present physically as a pounding heart, sweating, stomach aches, breathy problems, and headaches.

A big indicator that a teenager is struggling with difficult emotions and feelings is how they treat their friends. Teens will often withdraw and isolate themselves from their peers, family members, and others when they are depressed.

A good starting point when helping and supporting a teenager deal with depression can be creating a safe space for them to talk. There is no need for you to “say the right thing” and try to fix problems during the conversation. Let them talk. Your job is to listen. Responses tend to make teenagers feel judged and shut down.

Ask them what they need or believe would be helpful to continue a beneficial dialogue. Next, go with your gut. If your intuition is telling to seek further help, do so. As a parent, you are the expert on your child but securing professional assistance with depression can be crucial for your teen.
For more help dealing with teen depression, please visit this helpful depression worksheet.

Many of the symptoms listed above will also be present in depressed younger children. In addition to those, you may also see some of the following:

Depression in children will often be displayed as them expressing disappointment in themselves or things that they have achieved. They may also view themselves in a negative light. You may hear them say things like, “I’m not a good person” or “God is not happy with me.”

2. Disinterest in playing with toys or friends

A strong indicator that a child is depressed is their lack of interest in playing with friends or toys. Most children will engage in play without being prompted. If a child isn’t interested in having fun, something is wrong.

Many children are brought to therapy due to verbal outbursts, tantrums, and crying spells. Children often display these behaviors due to their inability to express why they are upset.

Depending on the age and gender of the child, they may display a variety of bullying behaviors. For example, females tend to engage in more relational bullying, such as attempting to isolate peers, whereas males might physically bully their peers.

Depression symptoms in younger children need to be addressed promptly because, as stated earlier, it can alter their brains and have life-long consequences.  Dr. Brie Turns offers the following advice for dealing with depression in children:

One of the biggest recommendations that I have for parents raising a child with depression symptoms is to be incredibly careful about the messages that you say to your child. We all say things that we regret, but parents are advised to speak very carefully when reacting to a child who is depressed. Make sure that you aren’t emotionally reacting to bad behaviors with more negative behaviors. Children develop self-perceptions based on feedback from others . If their parents are yelling or saying hurtful things, this can spiral the child down into a deeper hole.

Additionally, parents can start to monitor and adjust their chil’d diet. Research has shown that an unhealthy diet is linked to depression. I am not saying that depression is caused by a poor diet, but when a child has a poor diet, they are more likely to also have depression symptoms.

Parents can also monitor their children’s peer relationships. If parents notice certain children are being hurtful or mean, they should set up play dates with friends that are more kind and cooperative.” 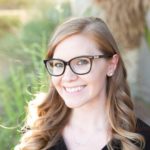 Dr. Brie Turns is an assistant professor of Marriage and Family Therapy and a licensed associate of marriage and family therapy. She has previously taught at Purdue University-Northwest, Texas Tech University, and Lubbock Christian University. She currently teaches at Fuller Theological Seminary-Arizona.

Dr. Turns has spoken at local, state, national, and international conferences regarding families raising a child with an autism spectrum disorder. She has published numerous articles, book chapters, and magazine articles on various topics within the field of family therapy. Dr. Turns has been invited to speak at various universities including Yale, Brigham Young University, the University of Louisiana-Monroe.

In order to provide research-based information to help others solve everyday problems, Dr. Turns has recently launched the site www.TheFamilyTherapist.org. 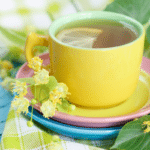 The Science of How Tea Benefits Your Brain 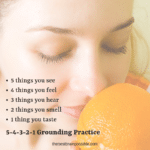