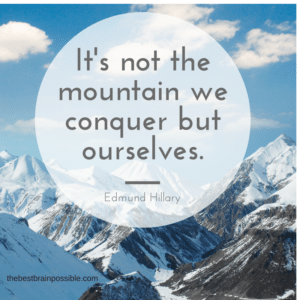 There is much more failure in life than success.

Of all the species that ever existed, scientists estimate that less than 0.1% are alive today. In 2010, the Cincinnati research agency AcuPoll found that as many as 95% of new products introduced each year fail. According to the researcher Richard Wiseman, 88% of all new year’s resolutions don’t last. Eight out of ten entrepreneurs who start businesses fail within the first 18 months according to Bloomburg.

Good news! That “half of all marriages end up in divorce” saying is a myth. It’s more like one-third.

Those aren’t pretty stats no matter how you phrase them. Heck, I don’t even feel good writing them. In this age of optimism and “just think happy thoughts,” we are so busy spending our energy trying to avoid failure, that it’s easy to lose sight of what we do want or get confused about where we should be investing our efforts. (See blog: Are You Living According To What You Want Or Don’t Want?)

We’ve all heard the quotes about failure being a big part of success. Winston Churchill said, “Success is the ability to go from one failure to another with no loss of enthusiasm.”  Or Thomas Edison’s famous quote about inventing the light bulb: “I haven’t failed. I’ve just found 10,000 ways that won’t work.”

While these sentiments are entirely true and worthy of posting all over social media, the problem with them is that they promote success as the end goal, the destination, the reward.

The Definition Of Success

Success happens in public. The guy who failed isn’t usually interviewed and put him on the cover of a magazine nor does he make the history books – even though he may have been just as determined, charismatic, and persistent as the other guy. He just didn’t get the results. He wasn’t a success.

Or was he? It depends on how we define success.

Is a setback, a disappointment, not achieving the goal, hard times, screwing up – whatever you want to call it – really a bad thing or is it our thinking about it that makes it “a bad thing”? Being that failing is so prevalent and an inevitable part of everyone’s life (I don’t know a single person who hasn’t failed at something.), maybe we could change our relationship to it, labeling it learning, experience, or just plain living, embrace it, and use it for our good.

And not be so attached to the ultimate outcome labeled “success.”

Accepting defeat doesn’t mean taking the negative path in conflict with success and happiness. On the contrary. Embracing failure as a valuable growth and learning experience – not just as a means to achieve success – is actually a way to discover more peace and happiness, which can be and lead to “success” – and certainly feels better than struggling to avoid it at all costs.

There’s a raw open honesty in accepting and admitting failure – and believe me, it can seem very public at the time you do it. When the dust settles, you can explore the situation objectively, look for the good in it, and figure out what the lesson is for you. Researchers have coined the term post-traumatic growth to describe the positive changes and personal development that can come from chaos. (See blog: What Doesn’t Kill You Makes You Stronger)

Failure Is A Great Equalizer

Failure is a great equalizer, providing a sense of community and making us more compassionate and empathetic towards ourselves and one another. Failure can also be a kind of relief because you can quit struggling, pick up the pieces, and move forward. One thing’s for sure, a big failure puts what’s really important squarely into perspective.

I write this on the anniversary of my biggest failure. Eight years ago today, I tried to commit suicide by downing a bunch of pills. While I obviously wasn’t successful, I did put myself in a coma and in the hospital for two weeks. When I woke up I could barely speak, couldn’t drink without choking, did not know my second son had been born (he was nine), didn’t know I had gotten a divorce three years earlier, and was seriously mentally and physically impaired in other ways. On top of that soon thereafter, my ex-husband sued me for custody of our sons, won, and promptly moved out of the state with them. Talk about a failure of mammoth proportions!

In the hard years of isolation that followed, boy! did I have a newfound appreciation for all of the little things I’d taken for granted before: speaking, writing, the hugs of my children (heck even their dirty socks), being able to think clearly, – the list goes on and on. While I would never wish that epic failure on anyone, I’m a much better person and much happier for having gone through it. I developed resilience, strength, gratitude, and belief in myself and learned how to extend compassion and forgiveness to myself and others.

In The Antidote: Happiness for People Who Can’t Stand Positive Thinking, Oliver Burkeman refers to the writings of American Zen Buddhist Natalie Goldberg in The Great Failure: My Unexpected Path to Truth:

Downfall brings us to the ground, facing the nitty-gritty, things as they are with no glitter. Success cannot last forever. Everyone’s time runs out. This is not a popular notion, but it is true.

Achievement solidifies us. Believing we are invincible, we want more and more. It makes us hungry. But we can be caught in the opposite too. Human beings manage to also drown in the pool of despair, seeped in the mud of depression. We spend our life on a roller coaster with rusty tracks, stuck to highs and lows, riding from one, trying to grab the other.

To heal ourselves from this painful cycle—the severe split we create and then the quasi equilibrium we try to maintain—we have to crash. Only then can we drop through to a more authentic self.

So, I suggest that we let ourselves be human. We let ourselves fail, lose, make a mess of things, screw up royally, and when it happens – and it inevitably will – that we extend ourselves and each other compassion, understanding, and kindness.

Stop awarding, glorifying, and chasing only success. Let’s praise and value effort, intent, and character and look for the lesson.

In a speech to the 2008 graduating class at Harvard, J.K. Rowling said:

Ultimately, we all have to decide for ourselves what constitutes failure, but the world is quite eager to give you a set of criteria if you let it. So I think it fair to say that by any conventional measure, a mere seven years after my graduation day, I had failed on an epic scale. An exceptionally short-lived marriage had imploded, and I was jobless, a lone parent, and as poor as it is possible to be in modern Britain, without being homeless. The fears that my parents had had for me, and that I had had for myself, had both come to pass, and by every usual standard, I was the biggest failure I knew.

Now, I am not going to stand here and tell you that failure is fun. That period of my life was a dark one, and I had no idea that there was going to be what the press has since represented as a kind of fairy tale resolution. I had no idea then how far the tunnel extended, and for a long time, any light at the end of it was a hope rather than a reality.

So why do I talk about the benefits of failure? Simply because failure meant a stripping away of the inessential. I stopped pretending to myself that I was anything other than what I was, and began to direct all my energy into finishing the only work that mattered to me. Had I really succeeded at anything else, I might never have found the determination to succeed in the one arena I believed I truly belonged. I was set free, because my greatest fear had been realised, and I was still alive, and I still had a daughter whom I adored, and I had an old typewriter and a big idea. And so rock bottom became the solid foundation on which I rebuilt my life.

You might never fail on the scale I did, but some failure in life is inevitable. It is impossible to live without failing at something, unless you live so cautiously that you might as well not have lived at all – in which case, you fail by default.

Failure gave me an inner security that I had never attained by passing examinations. Failure taught me things about myself that I could have learned no other way. I discovered that I had a strong will, and more discipline than I had suspected; I also found out that I had friends whose value was truly above the price of rubies.

The knowledge that you have emerged wiser and stronger from setbacks means that you are, ever after, secure in your ability to survive. You will never truly know yourself, or the strength of your relationships, until both have been tested by adversity. Such knowledge is a true gift, for all that it is painfully won, and it has been worth more than any qualification I ever earned.

So given a Time Turner, I would tell my 21-year-old self that personal happiness lies in knowing that life is not a check-list of acquisition or achievement. Your qualifications, your CV, are not your life, though you will meet many people of my age and older who confuse the two. Life is difficult, and complicated, and beyond anyone’s total control, and the humility to know that will enable you to survive its vicissitudes.

Watch the speech in full below. It’s well worth the 20 minutes. 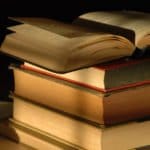 Five Books That Changed My Life 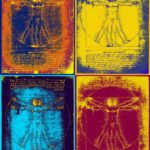 Using Your Body To Change Your Brain