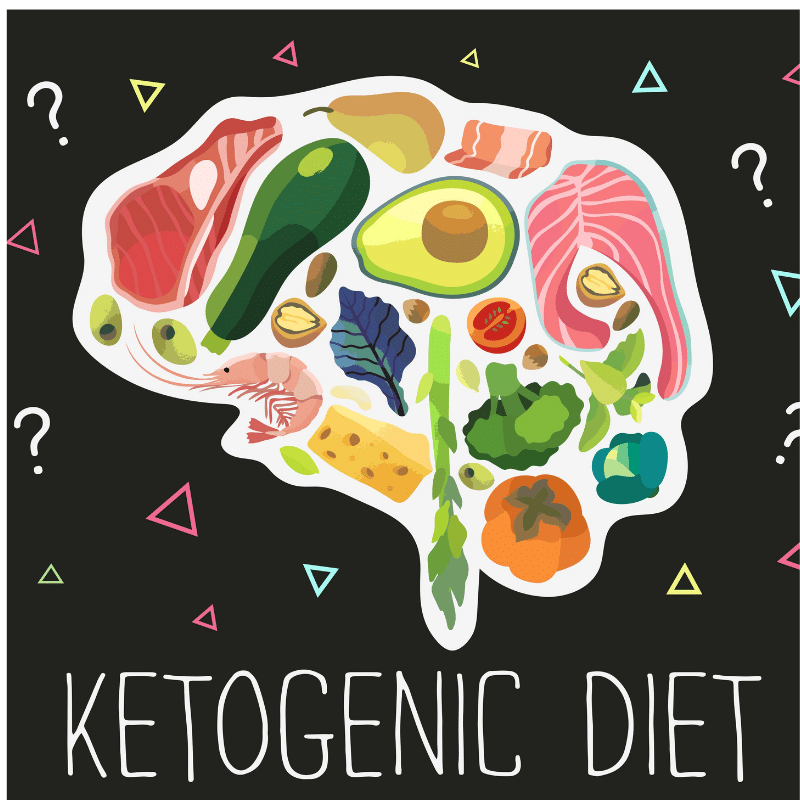 I’m sure you’ve heard some of the buzz about the ketogenic diet. According to the hype, it can do everything from producing miraculous weight loss to lowering Alzheimer’s risk to alleviating depression.

But is there any truth to these claims?

What Is a Ketogenic Diet?

The ketogenic diet consists of 75-80 percent of high-fat foods and drastically reduces carbohydrates. Despite just recently becoming popular with the mainstream, it’s not new. In medicine, the ketogenic diet has been used for nearly 100 years to treat drug-resistant epilepsy, especially in children. In the 1970s, the popular Atkins diet began with a strict two-week very-low-carbohydrate ketogenic phase. Over the years, other fad diets have incorporated a similar approach for weight loss.

The goal of the keto diet is to put the body in a state of ketosis.

Ketosis is a normal metabolic process. Most of your cells prefer to use blood sugar or glucose, coming from carbohydrates, as their main source of energy. Glucose can either be used to fuel the body right away or stored in the liver and muscles as glycogen.

If there’s not enough glucose in the bloodstream available to meet current energy demands, your body will begin to break down glycogen fat stores. The process is called ketosis and ketones are a by-product. Ketones are acids that build up in the blood and are eliminated in urine. In small amounts, ketones just indicate that the body is breaking down fat. High levels of ketones can result in ketoacidosis, which is a serious condition that can lead to diabetic coma or even death.

Once you reach ketosis, most cells will use ketones for energy until they have glucose again. According to the Harvard Health article, Ketogenic diet: Is the ultimate low-carb diet good for you?:

The shift, from using circulating glucose to breaking down stored fat as a source of energy, usually happens over two to four days of eating fewer than 20 to 50 grams of carbohydrates per day. Keep in mind that this is a highly individualized process, and some people need a more restricted diet to start producing enough ketones.”

The dietary guidelines for Americans recommend that carbohydrates make up 45 to 65 percent of daily calories. So, if you get 2,000 calories a day, between 900 and 1,300 calories should be from carbohydrates. That translates to between 225 and 325 grams of carbohydrates daily. The ketogenic diet limits carbs to less than 50 grams a day. That’s no more than two apples’ worth.

According to the Office of Disease Prevention and Promotion, the typical eating patterns of many in the United States aren’t very healthy.

So, in other words, we aren’t giving our brains the fruits and vegetables they need, and we are giving them too much salt, sugar and the wrong kinds of fats.

The Link Between Diet and Depression

Science is proving that nutrition is a highly underrated lifestyle factor which can markedly improve some mental health disorders. A very large body of evidence now exists suggesting that diet is as important to mental health as it is to physical health. What you put in your mouth can have significant implications for your brain and mental health too.

Research analyses looking at multiple studies confirm that there is a link between diet and your risk of depression. For example, sugar has been shown to increase depression in three different ways: by increasing inflammation, by decreasing the brain’s production of BDNF, and by impacting the brain’s reward neurochemical, dopamine.

According to the World Health Organization, over 300 million people are affected by depression worldwide. Antidepressant medication is typically the first line of treatment. Research indicates that 30 percent of depressed people are unresponsive to medication, and 70 percent of the people who do respond never reach full remission. People are seeking alternative solutions to help with depression.

A ketogenic diet has been shown to help reduce depression.

How a Ketogenic Diet Helps Depression

Science has determined that depressed people tend to have low levels of the protein brain-derived neurotrophic factor (BDNF). BDNF is a protein produced inside nerve cells. It acts as a fertilizer to help them function optimally, grow, and make more new neurons.

Science used to believe that humans were born with a finite number of brain cells and that number decreased with age. We now know that your brain makes new brain cells throughout your life, a process called neurogenesis. In studies, people with depression have shown to have decreased neurogenesis.

Takeaway – Patients with depression often have a reduced ability to form new brain cells. Both medication and the ketogenic diet have the capacity to increase brain cell production. 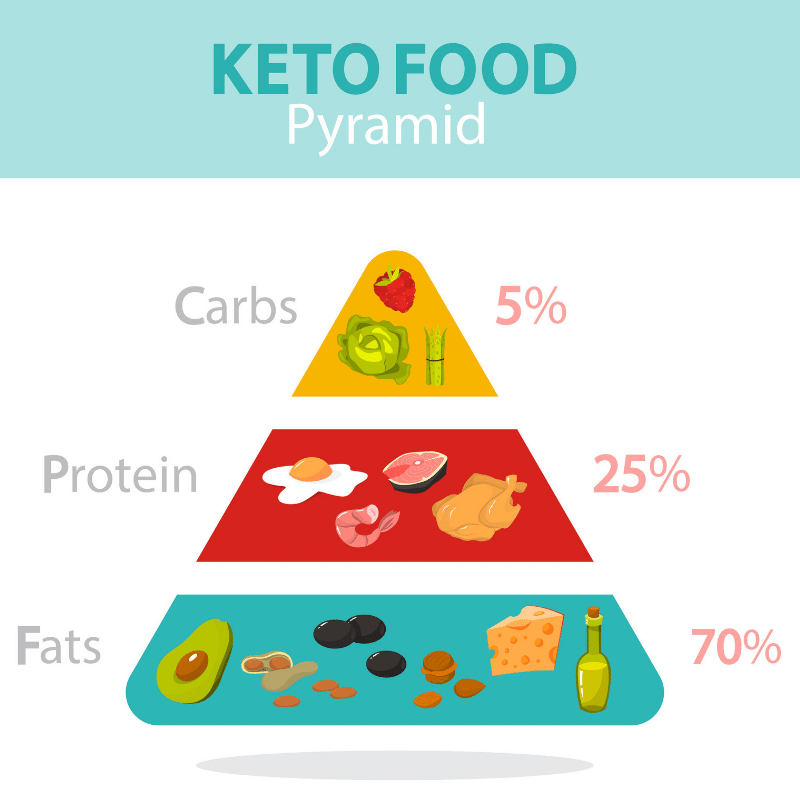 Evidence is mounting and it’s becoming hard to ignore the connection between inflammation and mental health disorders. Inflammation is a common denominator and likely risk factor for almost every psychiatric disturbance, from schizophrenia and obsessive-compulsive disorder to mania and depression. Researchers are seeing inflammatory markers increased in people with depression.

The keto diet may also help reduce inflammation because it eliminates many foods — primarily refined carbohydrates — that activate an inflammatory response in your body and increases good fats. Not all fat is created equal. Your brain actually needs fat – the right kind that is. When it comes to depression, polyunsaturated fatty acids (PUFAs) have been proven to exhibit antidepressant properties. PUFAs are consumed in high concentrations in the ketogenic diet. You can find PUFAs in fish, particularly salmon and herring, walnuts, flax seeds, and grass-fed beef.

Science has observed that ketones increase the Gamma-Aminobutyric Acid (GABA) levels. GABA is a neurotransmitter that blocks impulses between nerve cells in the brain which can boost mood or have a calming, relaxing effect on the nervous system. People with depression tend to have low GABA levels.

Science doesn’t fully understand the link between GABA and depression. Most likely, GABA works in conjunction with other neurotransmitters in affecting depression. In studies, an increase in GABA has shown to reduce depressive symptoms. Increasing GABA has also proven to reduce anxiety and blood pressure and improve sleep.

How Does the Diet Compare to Antidepressants?

Research using the ketogenic diet to treat depression is still in its infancy, but it is promising. In one experiment, researchers assessed the diet using the Porsolt test. The Porsolt test is a standardized methodology also used for assessing the effectiveness of antidepressants.

Researchers put twenty rats on a ketogenic diet and fed 20 a regular diet as the control group. They measured depressive symptoms in both sets before and after using the Porsolt test. The ketogenic group showed significantly improved markers when compared to the control group.

Takeaway – When looked at with the same standard as antidepressant medication, the ketogenic diet had a positive effect on depression.

The ketogenic diet shows promise in reducing depression. There is evidence to suggest that adopting a ketogenic diet can help depression by increasing the number of brain cells and GABA and reducing inflammation in the brain and body. While science is only beginning to emerge on the therapeutic benefits of cutting carbs and increasing fat intake, there is strong evidence that dietary changes can help reduce depression.

Alex Reed is editor in chief of Bodyketosis.com, an author, low-carb enthusiast and a recovering chubby guy who reclaimed his health using the ketogenic lifestyle. The need for the keto life began after his aunt and cousin were diagnosed with type 2 diabetes, and he was next in line. Through personal experience and extensive research, Alex offers insightful tips for everything keto. 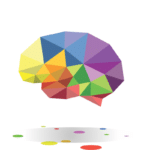 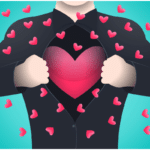 How Gratitude Helps Your Brain and Mental Health