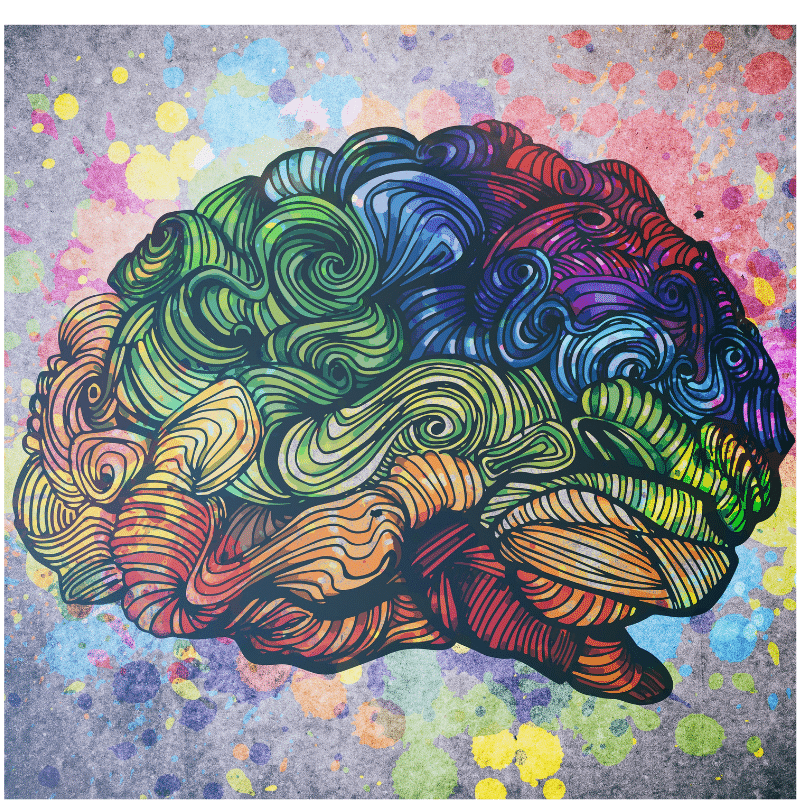 Your life literally shapes your brain. Your brain changes both form and function every day in response to your life experiences, emotions, behaviors, and even thoughts. This amazing morphing ability, called neuroplasticity, is both good and bad. Neuroplasticity has allowed people to make remarkable recoveries and overcome serious mental health challenges. It’s how all learning and memory happen. Neuroplasticity has far-reaching implications and possibilities for almost every aspect of human life and culture.

However, neuroplasticity is also the reason that some mental health and brain issues show up in the first place. It’s just as easy to degrade your brain as improve it. Here’s what your brain needs to know about neuroplasticity.

In the 1980s, researchers at The University of California at San Francisco (UCSF) confirmed that the human brain remodels itself following the “Hebbian rule.” Donald Hebb, a Canadian psychologist, first proposed that “Neurons that fire together, wire together” meaning that the brain continually alters itself physically and operationally based on incoming stimuli.

Neuroplasticity is actually an umbrella term referring to the many capabilities of your brain to reorganize itself throughout your life due to your environment, behavior, and internal experiences. Science used to believe that the brain was only changeable during certain periods in childhood. While it is true that your brain is much more plastic in the early years and capacity declines with age, plasticity happens throughout your life from birth until death.

Science has confirmed that you can access neuroplasticity for positive change in your own life in many ways at any age. Harnessing neuroplasticity in adulthood isn’t quite as simple as some of the neuro-hype would have you believe, but it can most definitely be accomplished under specific circumstances.

How Neuroplasticity Helps Your Brain

Neuroplasticity has enabled people to recover from stroke, injury, and birth abnormalities, improve symptoms of autism, ADD and ADHD, learning disabilities and other brain deficits, recover from depression, anxiety, and addictions, reverse obsessive-compulsive patterns, and more. Because of neuroplasticity, you are not stuck with the brain you’re born with or that you have at any given time in your life.

Neuroplasticity has possible positive applications in many areas, including medicine, psychiatry, psychology, relationships, education, and more. Where it stands to have the most potential is for the individual in their own life. Because you can learn to consciously control your thinking, reactions, and behavior, and some of the experiences you have, you can oversee your own “self-directed neuroplasticity” and invite change and healing into your own life.

You can rebuild a broken brain

I leveraged neuroplasticity to rebuild my brain after a serious injury, the result of a suicide attempt. Over the years, I learned everything I could about neuroplasticity and went to work rewiring my brain through exercise, mental health tools, meditation, visualization, and mindfulness practices. Through the miracle of neuroplasticity, I relearned how to speak, write, move with coordination, remember, and think clearly again. (Read my story here.) This time around I intentionally sculpted a brain that was more positive, resilient, calm, and happy.

Because every brain injury is different, the possibilities for recovery are too. However, intentionally harnessing neuroplasticity can help rehabilitate the brain after injury.

Many Mental Health Conditions Are Reversible

It is possible to overcome a mental health condition,  for example, a phobia, depression, schizophrenia, by driving a brain back towards normal operation through neuroplastic change. In his book, Soft-Wired: How the New Science of Brain Plasticity Can Change Your Life, Dr. Michael Merzenich, one of the founding researchers at UCFS, explains:

Studies on brain plasticity conducted by Merzenich and his colleagues and other scientists around the world have collectively demonstrated that many aspects of your brain power, intelligence, or control – in normal and neurologically impaired individuals – can be improved by intense and appropriately targeted behavioral training.

Neuroplasticity can help or hurt you. It’s your choice.

Learning and memory depend upon neuroplasticity in the connections of brain circuits. Both are neuroplastic processes, meaning they involve chemical and structural changes in your brain.

By altering the number or strength of connections between brain cells, information gets written into memory. It used to be believed that a single memory is made up of slight shifts in certain synapses in a specific sequence comprising that memory. However, recent studies show much greater complexity than just changes occurring in single synapses. Rather, changes appear to occur in large distributed networks throughout the brain.

Recalling a memory is also a neuroplastic process. Every time you recall one, your brain reconsolidates this process incorporating and filtering it through who you are, what you know, and your mindset at the time of remembering. Hence, memory is an active and ongoing process, and according to Jonah Lehrer, in his book, Proust Was a Neuroscientist,  “A memory is only as real as the last time you remembered it.” 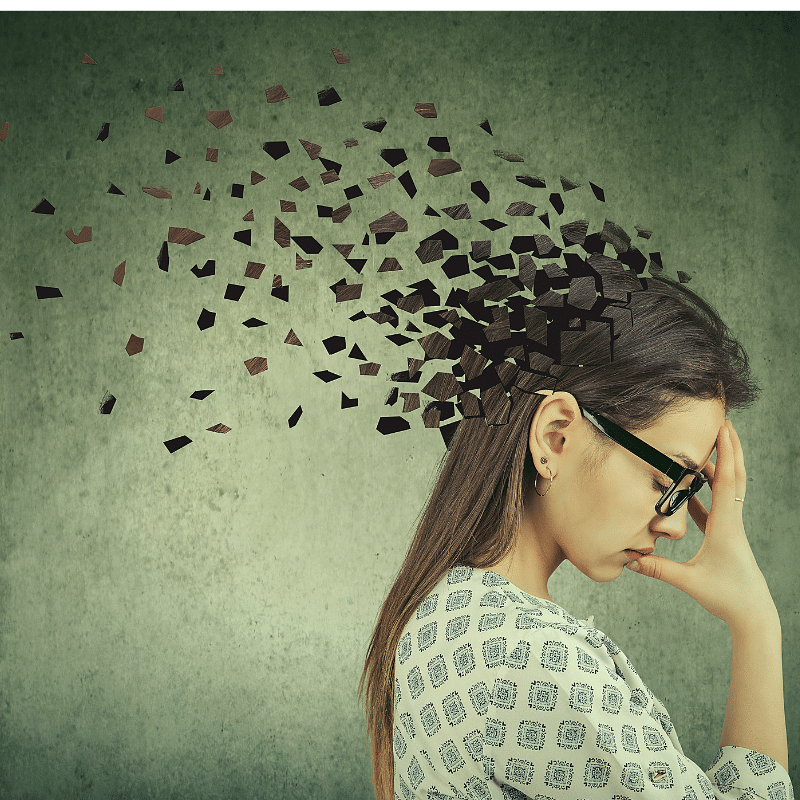 How Neuroplasticity Hurts Your Brain

When you hear about neuroplasticity, it’s usually in conjunction with remarkable, positive brain and life changes as detailed above. However, this same characteristic, which makes your brain amazingly resilient, also makes it very vulnerable to outside and internal influences.

It’s because of neuroplasticity that bad habits become ingrained in your brain, valuable skills are lost as your brain declines with age, and some major brain illnesses and conditions show up in humans. For example, depression is basically a brain pattern etched into a person’s brain over time through neuroplastic changes.

In his book The Brain That Changes Itself: Stories of Personal Triumph from the Frontiers of Brain Science, Norman Doidge calls negative neuroplasticity the “plastic paradox.” He writes:

The plastic paradox is that the same neuroplastic properties that allow us to produce more flexible behaviors can also allow us to produce more rigid ones. All people start out with plastic potential. Some of us develop into increasingly flexible children and stay that way through our adult lives. For others od us, the spontaneity, creativity, and unpredictability of childhood gives way to a routinized existence  that repeats the same behavior and turns us into rigid caricatures of ourselves. Anything that involves unvaried repetition — our careers, cultural activities, skills, and neuroses — can lead to rigidity. Indeed, it is because we have a neuroplastic brain that we can develop these rigid behaviors in the first place.”

Because neuroplasticity follows the Hebbian rule, it’s fundamentally reversible. Neurons that fire together wire together, but neurons that don’t, won’t. You’ve got a “use it or lose it” brain. Information rarely accessed and behaviors seldom practiced cause neural pathways to weaken until connections may be completely lost in a process called “synaptic pruning.” Neuroplastic change occurs in response to stimuli processed in the brain which can originate either internally or externally.

From childhood through adulthood, the events of your life shape your brain. As little people grow, interact with others, and explore the world, connections are wired in their brains based on their experiences. When you’re young, most of what happens is out of your control. As adults, our brains are reflections of our daily routines. Your habits, both good and bad, literally get wired into your brain.  Ways to drive externally driven change would be:

You’re changing your brain every day you’re alive – for better or worse.

To encourage neuroplastic change internally means to influence the operations of your brain through working with your mind. According to Merzenich in the video Make Your Brain Smarter Every Day @ Any Age, mental exercise drives plasticity just as much as external activity does.

Your mind sculpts your brain. Everything you think, hope, feel, and imagine physically alters your brain – for better or worse. You can intentionally harness this process for your benefit. Daniel G. Amen, MD writes in You Are Not Your Brain: The 4-Step Solution for Changing Bad Habits, Ending Unhealthy Thinking, and Taking Control of Your Life:

…we can actually use the mind to change the brain. The simple truth is that how we focus our attention, how we intentionally direct the flow of energy and information through our neural circuits, can directly alter the brain’s activity and its structure.”

The research about the positive impact of mindfulness on the brain and mental health points to neuroplasticity as the cause. In mindfulness, by intentionally directing attention inward and cultivating awareness of the breath or thoughts and feelings, you are becoming aware of your brain’s Default Mode Network (DFM) and exerting control over it. When you consciously guide your DFM, you’re interrupting habitual thought patterns and orienting your brain in the present moment.

Along with the many scientifically proven benefits of meditation for your brain, it increases neuroplasticity. Meditation has been proven to decrease stress, anxiety, and depression, which have been shown to limit neurogenesis, the birth of new brain cells. And you don’t need to meditate for years on end to start reaping benefits either. One study showed brain changes after just eight weeks of regular meditation.

Neurons fire and chemicals are released in your brain whether something is real or imagined. On brain scans, imaginative thoughts activate many identical brain areas, which directly influence you, physically and emotionally. From a neuroscientific perspective, imagining an act and doing it are not that different. Hence, visualization allows you to put your imagination to work for you to change your brain. Research has validated that the practice influences physical changes from muscle strength to brain pathways.

The Sentis Brain Animation Series takes you on a tour of the brain through a series of short and sharp animations.

Neuroscientist Michael Merzenich looks at one of the secrets of the brain’s incredible power: its ability to actively rewire itself. He’s researching ways to harness the brain’s plasticity to enhance our skills and recover lost function.

How brain plasticity can change your life with Michael Merzenich

Hear the latest on how the brain develops and how positive and negative brain plasticity remodels the brain across the lifespan. Learn how to evaluate your own brain and how to rejuvenate, remodel and reshape your brain at any age

After watching this, your brain will not be the same – Lara Boyd, TEDxVancouver

In a classic research-based TEDx Talk, Dr. Lara Boyd describes how neuroplasticity gives you the power to shape the brain you want. Recorded at TEDxVancouver at Rogers Arena on November 14, 2015.

The woman who changed her brain: Barbara Arrowsmith-Young at TEDxToronto

Barbara Arrowsmith-Young is the Creator and Director of Arrowsmith School and Arrowsmith Program. Here, she tells of being born with severe learning disabilities. Although she was obviously intelligent, she read and wrote backward, struggled to understand language and abstract concepts, was always getting lost, and was physically uncoordinated. By relying on memory and will, she made it to graduate school where she discovered research inspiring her to invent cognitive exercises to fix her own brain. 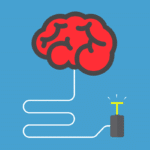 7 Modern Lifestyle Habits Doing the Most Damage to Your Brain 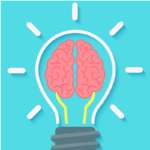 10 Genius Foods to Optimize, Power and Protect Your Brain