The other day, someone said four words to me that brought tears to my eyes.

But, but, but….I didn’t major in English in college.  I don’t have any kind of certificate saying that I’m a writer.  Writing isn’t a practical way to earn a living.

Yet, here I am again, sitting at my computer typing away on the keyboard doing what I feel most passionate about, what I’m good at, and what makes my soul happy.

I started blogging in the second year after a pill-popping suicide attempt which resulted in a serious brain injury and losing custody of my two sons who immediately moved to a different state with their Dad.  And I thought things were bad before?  Rather than finding the escape I was desperately seeking, the suicide stunt only made my situation worse — much worse.

With the brain injury, I was mentally impaired to the point that I couldn’t tell you my phone number or kids’ ages, speak understandably, or coordinate the act of moving my arms and legs to run.  Making a grilled cheese sandwich was an applaud-worthy accomplishment.

My mind wasn’t capable of playing the in-living-color, non-stop movies of my brother’s sunken eyes and jutting cheek bones before he died of AIDs, me being escorted into my house by a policewoman to get stuff to stay elsewhere because my ex-husband had filed a restraining order against me, or the countless insults his lawyer spewed at me in court as proof that I was a bad wife and mother.

My brain couldn’t obsessively wonder how I could possibly be successful selling real estate when I hadn’t worked in almost a decade and wasn’t good with numbers in the first place or if my boyfriend, who had just broken up with me, had been seeing the woman I found him having dinner with before we split.

All my brain could handle was the right here and right now.

Over the coming years as I healed and slowly came back into consciousness, my brain connected the dots and memories came flooding back along with the capability to think intelligently and reason accompanied by my old friends rumination and worry.  My challenge was to hang onto the glimpse of peace, sense of child-like wonder, and ability to exist in the present that the brain injury had given me.

Being brain injured showed me that the pain which had built up over the years before my suicide attempt, finally causing me to crumble under the weight, was totally in my thoughts.  Yes, ugly things did happen in my life, but I was the one who had been torturing myself with their memories forcing myself to relive them over and over again in the present.  They were in the past.  I could leave them there.

As part of rehabilitating my brain, I learned mindfulness, meditation, thought reframing, visualization, and other mental health tools which I used to keep my mind from wandering down the slippery slope of darkness and fear that led to the suicide attempt.  Every time it started down that path, I’d yank it back with one of my newly learned practices.

These days, I remind myself to think of and put my energy into the possibilities, not the problems: past, present, or future.  This doesn’t mean that I ignore reality and live in an illusory world with rainbows and sunshine all the time.  It means that I acknowledge and accept what is: both good and bad, consider the possible consequences and outcomes, and choose to focus my energy on creating positive while being prepared to respond to whatever arises and work with it for my good.

I’d rather take a risk than have regret.  Instead of asking “Why?,” I ask “Why not?”

In his book, Just One Thing: Developing a Buddha Brain One Simple Practice at a Time, Rick Hanson writes:

Make room for your dreams in your thoughts and actions.  Be their friend.  Feel what it would be like if they came true, and how that would be good for you and others.

Without getting bogged down in details or obstructions, give thought to what you could do, in realistic ways, to move toward fulfilment of your dreams.  Look for small things you can implement and build on each day…Then take action…Focus on the things that will make the most difference; put the big rocks in the bucket first.

I like to call myself a “possibilitarian.” Guess, I’m a writer too.  If I reach for the moon, I just might land on the stars. 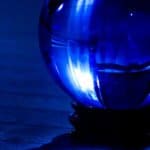 Your Brain’s Future: The Good And Bad News 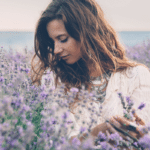 Six Ways To Instantly Calm Your Brain and Body