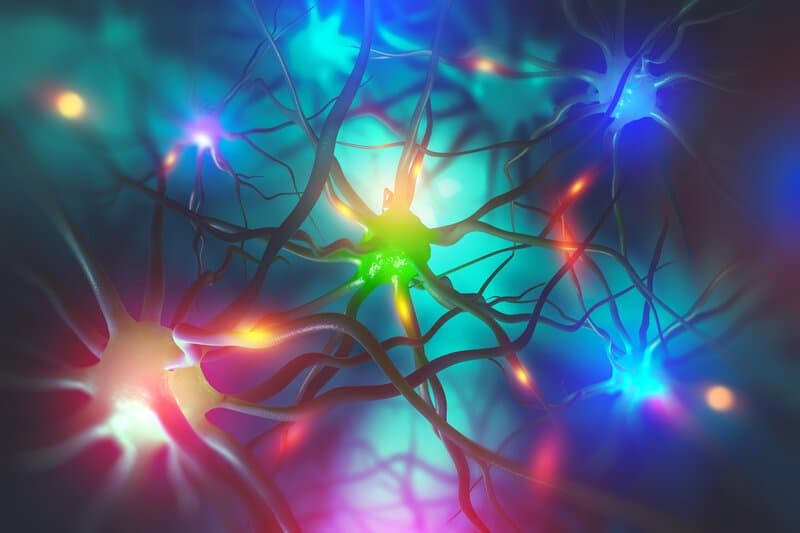 Every minute of every day, your body is physically reacting, literally changing, in response to the thoughts that run through your mind.

It’s been proven over and over again that just thinking about something causes your brain to release neurotransmitters, chemical messengers that allow it to communicate with parts of itself and your nervous system. Neurotransmitters control virtually all of your body’s functions, from hormones to digestion to feeling happy, sad, or stressed.

Studies have shown that thoughts alone can improve vision, fitness, and strength. The placebo effect, as observed with fake operations and sham drugs, for example, works because of the power of thought. Expectancies and learned associations have been shown to change brain chemistry and circuitry which results in real physiological and cognitive outcomes, such as less fatigue, lower immune system reaction, elevated hormone levels, and reduced anxiety.

In The Intention Experiment: Using Your Thoughts to Change Your Life and the World, Lynne McTaggart writes:

A sizable body of research exploring the nature of consciousness, carried on for more than thirty years in prestigious scientific institutions around the world, shows that thoughts are capable of affecting everything from the simplest machines to the most complex living beings.  This evidence suggests that human thoughts and intentions are an actual physical “something” with astonishing power to change our world. Every thought we have is tangible energy with the power to transform. A thought is not only a thing; a thought is a thing that influences other things. (Read more)

Your Thoughts Sculpt Your Brain

Every thought you have causes neurochemical changes, some temporary and some lasting. For instance, when people consciously practice gratitude, they get a surge of rewarding neurotransmitters, like dopamine, and experience a general alerting and brightening of the mind, probably correlated with more of the neurochemical norepinephrine.

In one study, college students deeply in love were shown pictures of their sweeties, and their brains become more active in the caudate nucleus, a reward center, giving them that in-love swoon. When they stopped looking at the pictures, their reward centers went back to sleep.

What flows through your mind also sculpts your brain in permanent ways. Think of your mind as the movement of information through your nervous system, which on a physical level is all the electrical signals running back and forth, most of which is happening below your conscious awareness. As a thought travels through your brain, neurons fire together in distinctive ways based on the specific information being handled, and those patterns of neural activity actually change your neural structure.

Busy regions of the brain start making new connections with each other, and existing synapses, the connections between neurons, that experience more activity get stronger, increasingly sensitive, and start building more receptors. New synapses are also formed.

One example of this is the well-known London cab driver studies which showed that the longer someone had been driving a taxi, the larger their hippocampus, a part of the brain involved in visual-spatial memory. Their brains literally expanded to accommodate the cognitive demands of navigating London’s tangle of streets. Research has also proven the numerous benefits of meditation for your brain and shown that meditation produces measurable changes, from altering grey matter volume to reduced activity in the “me” centers of the brain to enhanced connectivity between brain regions.

Your Thoughts Program Your Cells

A thought is an electrochemical event taking place in your nerve cells producing a cascade of physiological changes. The article, How Your Thoughts Program Your Cells, explains it this way:

There are thousands upon thousands of receptors on each cell in our body. Each receptor is specific to one peptide, or protein. When we have feelings of anger, sadness, guilt, excitement, happiness or nervousness, each separate emotion releases its own flurry of neuropeptides. Those peptides surge through the body and connect with those receptors which change the structure of each cell as a whole. Where this gets interesting is when the cells actually divide. If a cell has been exposed to a certain peptide more than others, the new cell that is produced through its division will have more of the receptor that matches with that specific peptide. Likewise, the cell will also have less receptors for peptides that its mother/sister cell was not exposed to as often.

So, if you have been bombarding your cells with peptides from negative thoughts, you are literally programming your cells to receive more of the same negative peptides in the future. What’s even worse is that you’re lessening the number of receptors of positive peptides on the cells, making yourself more inclined towards negativity.

Every cell in your body is replaced about every two months. So, the good news is, you can reprogram your pessimistic cells to be more optimistic by adopting positive thinking practices, like mindfulness and gratitude, for permanent results.

Your Thoughts Activate Your Genes

You are speaking to your genes with every thought you have. The fast-growing field of epigenetics is proving that who you are is the product of the things that happen to you in your life, which change the way your genes operate. Genes are actually switched on or off depending on your life experiences, and your genes and lifestyle form a feedback loop. Your life doesn’t alter the genes you were born with. What changes is your genetic activity, meaning the hundreds of proteins, enzymes, and other chemicals that regulate your cells.

Only about five percent of gene mutations are thought to be the direct cause of health issues. That leaves 95 percent of genes linked to disorders acting as influencers, which can be influenced one way or another, depending on life factors. Of course, many of these are beyond your control, like childhood events, but some are entirely within your control, such as diet, exercise, stress management, and emotional states. The last two factors are directly dependant on your thoughts.

Your Biology Does Not Have to Be Your Destiny

Your biology doesn’t spell your destiny, and you aren’t controlled by your genetic makeup. Instead, your genetic activity is largely determined by your thoughts, attitudes, and perceptions. Epigenetics is proving that your perceptions and thoughts control your biology, which places you in the driver’s seat. By changing your thoughts, you can influence and shape your own genetic readout.

You have a choice in determining what input your genes receive. The more positive the input, the more positive the output of your genes. Epigenetics is allowing lifestyle choices to be directly traced to the genetic level and is proving the mind-body connection irrefutable. At the same time, research into epigenetics is also emphasizing how important positive mental self-care practices are because they directly impact our physical health.

Meditation and mindfulness put you in contact with the source of the mind-body system, giving your thoughts direct access to the beneficial genetic activity which also affects how well your cells function, via the genetic activity inside the cells.

Use Your Thoughts For You

You have much more power than ever believed to influence your physical and mental realities. Your mindset is recognized by your body – right down to the genetic level, and the more you improve your mental habits, the more beneficial response you’ll get from your body. You can’t control what has happened in the past, which shaped the brain you have today, programmed your cells, and caused certain genes to switch on.

However, you do have the power in this moment and going forward to choose your perspective and behavior, which will change your brain, cells, and genes. 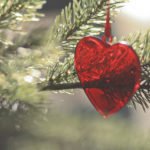 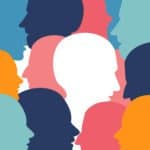