Whether your idea of a fun Saturday night includes a lively evening out with friends or a quiet night at home on the couch with a book depends partly on how your brain functions.

In the 1920s, psychologist Carl Jung introduced the terms introvert and extrovert to describe contrasting personality types hypothesising that the main difference came from how people were energized. Extroverts, he proposed, gain energy from their environments and social interaction and get anxious when alone.  Introverts refuel in quiet and solitude and find socializing and busy environments draining and overstimulating. Psychologists have since added a third category, the ambivert, to describe someone who exhibits both personality types.

No one is completely introverted or extroverted, and as Carl Jung reportedly said, “Such a person would be in the lunatic asylum.” Introversion and extroversion are at the opposite ends of the same spectrum, and we all need interaction with and draw energy from others at times and need solitude and down time. Everybody drifts up and down the spectrum depending on what’s going on in their life and how they’re feeling, but a person tends to favor one personality type over the long run.

Turns out that Jung was right.

In studies by researcher Michael Cohen in 2005, extroverts were found to have more active dopamine systems.  Dopamine, the “reward drug,” is a neurochemical playing a crucial role in the brain circuits controlling approach (vs avoidance), reward-motivated behavior, learning, and response to novelty. This finding supports the proposal another psychologist, Hans Eysenck, made in the 1960s that extroverts have a higher level of psychological arousal, the extent to which our bodies and minds are alert and ready to respond to stimuli.  Hence, the extroverts’ need for social engagement, seeking out novel experiences, and risk taking.

Conversely, introverted people might be overstimulated by situations extroverts find pleasantly exciting or engaging because they have a low level of psychological arousal. The introvert tends to seek out quiet conversations, solitary pursuits, and predictable environments.

Other research conducted in 2013, determined that extroverts have a more robust dopamine response to reward, such as food, sex, social interactions as well as more abstract things such as money or achieving a goal, and form stronger memories associating circumstances with the reward. In other words, extroverts experience more frequent, stronger positive emotions and memories with rewards than introverts which perpetuates their extroverted behavior.

Scientists don’t know if these differences in the brain cause a person to be one way or the other or if the person’s behavior causes their brains to function accordingly.

So, part of the introvert/extrovert difference is physically based your brain, and part of it is learned from your experiences and social conditioning. Being introverted or extroverted is neither good nor bad, and both have benefits and drawbacks depending on the specific situation. There are circumstances where an introvert may want to encourage more extroverted qualities and vice versa. The key is to become aware of your motivations, preferences, and needs and honor them to make sure you’re taking care of yourself and aren’t instinctually making decisions and behaving out of fear or due to subconscious influences.

However, much of the world, from the school system to the workplace, is set up to reward extroverts leaving introverts overlooked or feeling as if they don’t measure up. In business where networking is so important, an introvert might be seen as not being “leadership material.” Psychologists believe that social media is proving to be a great equalizer and valuable tool for the introvert because it allows them to communicate and network on their own terms. (I would wholeheartedly agree.)

For example, I consider myself a social introvert, meaning I need lots of quiet and solitude but do occasionally enjoy socializing one-on-one or in small groups.  I didn’t acknowledge or accept this until the last decade and grew up with a very extroverted mother who thrives on an active social life and had a successful career in sales.  Growing up, I always felt like something was wrong with me because I wasn’t more like her.  I wanted to be and tried to be, but it just wasn’t happening.

In second grade, I had to get up in front of the class and recite a poem or something like that. Standing there, in front of the whole class in my little plaid dress, I actually peed on myself and made a puddle on the floor because I was so nervous. Now, I’ve had a brain injury, and I don’t recall some things, but I still remember that humiliating incident – even down to the details of my dress. As a preteen, I swam competitively and would get so anxious before big races that I’d throw up.

I found a group of friends and learned to be more social and extroverted in high school and college, but my introverted nature was still there.  Fast forward to my first job out of college, selling advertising for a magazine.  Instead of going around making cold calls, I used to drive home and sit in my apartment until the end of the day when it was time to head back to the office.  Needless to say, I wasn’t very successful at that job, but I wanted to be and criticized myself mercilessly for not being able to knock on doors.

When I finally learned to accept and honor my introverted tendencies and quit trying to fit the image of what I thought I should be like (Those “shoulds” are bad news!), I realized there was nothing wrong with me and became a lot happier.  I was just different from my mother and that was OK.

The Introvert/Extrovert In You

If you’re an introvert too, it’s important to realize that it’s not a problem to be fixed, but a natural and healthy personality trait which needs to be respected when making life choices – such as jobs requiring you to make cold calls.  However, an introvert can benefit by sometimes fostering the ability to act like an extrovert and get outside their comfort zone in certain situations.  The reverse is also true. These articles have some good suggestions: Attention Introverts: How To Become More Extroverted and How To Turn An Introvert Into An Extrovert (Or Vice Versa).

Whether you’re an introvert, extrovert, or ambivert, you are fine just the way you are, and I would encourage you not label yourself or get stuck in the same old habits and patterns. Any person and their brain is going to benefit by continually learning, growing, and having new experiences. Honor who you are, but push and support yourself to live the fullest life you can – whatever that looks like to you! 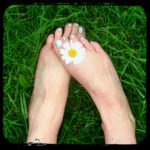 Happiness Is A Skill 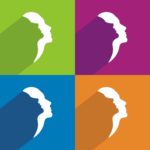 Pain Is In Your Brain (and can end there)

Here’s How Sex Can Boost Your Brain