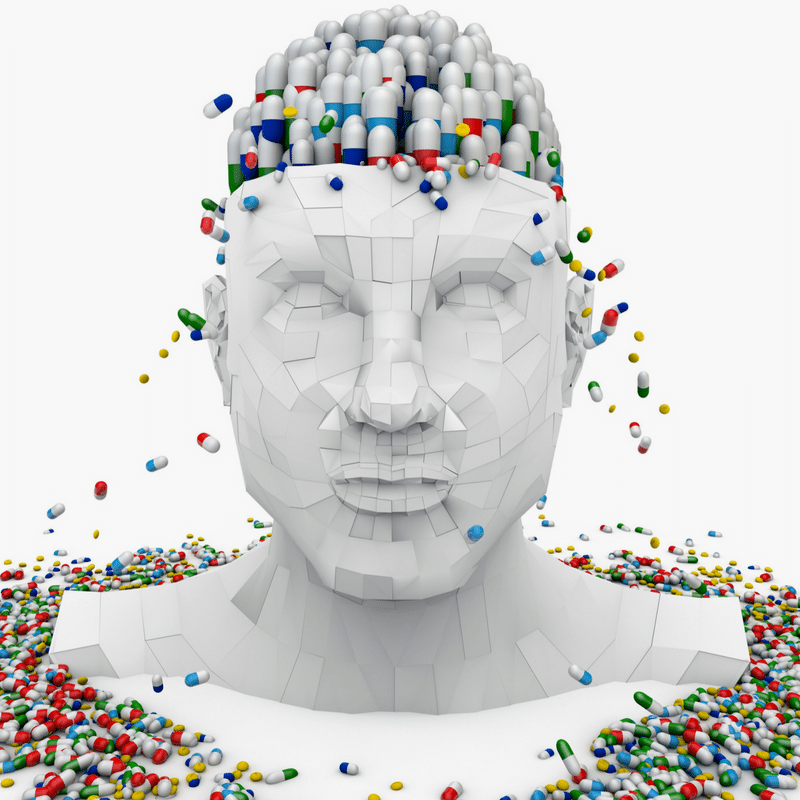 Addiction is a disease, not a moral failing.

In response to the escalating opioid epidemic the U.S. is experiencing, the surgeon general’s office released the first-ever report on addiction in November of 2016. According to the report, 21 million Americans have drug or alcohol addictions making the disorder more common than cancer.

Addiction is the result of a multitude of neuroplastic changes in the brain. According to the National Geographic article, The Addicted Brain:

Addiction causes hundreds of changes in the brain anatomy, chemistry, and cell-to-cell signaling, including in the gaps between neurons called synapses, which are the molecular machinery for learning. By taking advantage of the brain’s marvelous plasticity, addiction remodels neural circuits to assign supreme value to cocaine or heroin or gin, at the expense of other interests such as health, work, family, or life itself.”

Neuroplasticity is also the key to successfully treating addiction.

Addiction Is the Result of Neuroplasticity

Neuroplasticity is the ability of your brain to change its physical structure and function based on life experiences and repeated behaviors, emotions, and thoughts. Because of neuroplasticity, what you do habitually – both good and bad – literally gets wired into the structure of your brain.

Neuroplasticity is the basis for all learning and makes the brain amazingly resilient. It has enabled people to recover from injuries and birth abnormalities, improve neurological deficits, pull out of psychological conditions and reverse behavioral patterns. (Read more: You’re Not Stuck With The Brain You’re Born With) However, this same characteristic makes the brain very vulnerable as well. It’s because of neuroplasticity that addictions become ingrained in your brain, valuable skills are lost as your brain ages, and some brain illnesses and conditions show up in humans.

Your brain is a highly skilled reward detector. An addicted brain has learned to prioritize and seek reward above all else. One way to look at it is that addiction is the compulsive repetition of getting “a reward” despite life-damaging consequences.

The brain’s primitive reward system operates on a subconscious level and was originally meant to propel humans to seek out opportunities furthering survival — primarily food and sex.  However, in today’s world, we are overwhelmed with “opportunities” in the form of junk food, shopping, drugs, and smartphones, for example.

Addiction and craving depend on a complex interplay of brain chemicals, but the feel-good neurotransmitter dopamine is at the heart of them. Dopamine is a chemical messenger that carries signals across synapses, is responsible for motivation and reward-seeking behavior, and is essential to neuroplastic change.  Physically, dopamine affects the processes that control movement and plays a crucial role in Parkinson’s disease.

Most relevant to addiction, dopamine heightens what scientists call salience, the pull of a stimulus. The first time you do something pleasurable, the dopamine reward comes after the event. During subsequent experiences, dopamine gets released earlier and earlier until just thinking about something or seeing a trigger causes an anticipatory dopamine surge. The dopamine preceding the action motivates you to perform the behavior.

Studies show that your brain doesn’t even have to consciously register the trigger for the reward system to be aroused. When pictures of drug paraphernalia were flashed before drug addicts too fast for them to actually “see,” brain scans revealed their reward systems activated.

In 2013, the American Psychiatric Association accepted the idea of “behavioral addiction,” as opposed to addiction to a substance, when they included gambling in the “Substance-Related and Addictive Disorders” chapter of the Diagnostic and Statistical Manual of Mental Disorders (DSM). The DSM is the rulebook for American psychiatry. This was huge. It means that the psychiatric establishment adopted the idea that addiction is possible without the ingestion of a  brain-altering substance.

Now, researchers are trying to determine what behaviors qualify as addictions. Potentially, anything pleasurable from Oreos to Facebook to yoga could be addictive. In the beta draft of its forthcoming 11th International Classification of Diseases, the World Health Organization includes “gaming disorder” in its list of mental health conditions. Officially, internet gaming, chronic and debilitating grief, and caffeine-use disorder were named “worthy of more study” by the DSM. Unofficially, internet addiction, compulsive shopping and sex, food addiction, and kleptomania are on most psychology professionals’ lists of addictive behaviors.

Addiction is the result of neuroplasticity. So is recovery.

Recovery Relies on Neuroplasticity Too

In the past, detoxification, which involved eliminating the drug from the body and treating the withdrawal symptoms, was the preferred treatment for addiction. We now know that addiction continues long after the last dose of a drug, and can last for years. This was first demonstrated in studies with animals and later shown in human addicts.

In a sense, you can think of addiction as a “learned” behavior by the brain. The article Neuroplasticity in Addictive Disorders explains it this way:

Addiction is fundamentally a memorytrace that manifests itself by reflex activation of brain circuits, especially the reward system, resulting in motivation to resume drug-taking behavior when drug related cues are encountered.”

What is learned can be unlearned. Because neuroplasticity is fundamentally reversible, the brain can make changes to support new, healthier behaviors.

The concept of a changing brain replaced the formerly held belief that the adult brain was pretty much a physiologically static organ or hard-wired, after critical developmental periods in childhood. While it’s true that your brain is much more plastic during the early years and capability declines with age, plasticity occurs all throughout your life. For a thorough explanation of how plasticity physically happens in your brain read Masterpiece Or Mess.

I don’t mean to make it sound easy. It’s not. But it can be done. In the adult brain, plasticity is dialed “ON” when specific conditions that enable or trigger it are met. The article, Recovery (like Addiction) Relies on Neuroplasticity, states:

Neuroplasticity is strongly amplified when people are highly motivated. Which is why all learning requires some motivational thrust. Entrenched habits like addiction may simply grow from intense desire, breeding repetition. But can desire also cultivate recovery? Maybe desire plus neuroplasticity is all you need to recover from addiction.”

Recovery from addiction requires major changes in thoughts, feelings, and behaviors. Adopting new thought and behavioral patterns recruit different neural networks, encouraging new connections and communication pathways changes in the brain over time. While any one treatment method doesn’t work for everyone, addiction treatments that harness and encourage neuroplasticity are proving successful for many.

The American Journal of Psychiatry has countless studies documenting correlations between meditation/mindfulness and successful addiction rehabilitation. Regardless of the specific teaching, detaching from thoughts and observing and calming the self is always at the heart of mindfulness and meditation. These practices change your brain.

In this sense, the practices are mental health tools that teach a person to put time and distance between themselves and their impulses. This pause between urge and action encourages neuroplasticity and new behaviors. There’s even a specific kind of meditation aimed at overcoming addictive conditioning called urge surfing.  See How Meditation Helps the Addicted Brain for more specific information.

Cognitive behavioral therapy (CBT) has proven successful for substance abuse disorders alone and in combination with other treatment strategies. CBT is a form of talk therapy that attempts to directly connect a person’s thoughts and feelings to their actions in order to alter maladaptive behaviors. Studies have shown CBT to change the brain in various ways from strengthening specific connections to altering volume and activity.

CBT treatment for alcohol or drug use often includes the following steps:

Transcranial Magnetic Stimulation (TMS) is an FDA-approved therapy for treatment-resistant depression and is showing promise for treating addiction. TMS is a non-invasive outpatient procedure where cells in the brain are stimulated with magnetic pulses administered via an electromagnetic coil.

During TMS, fluctuating magnetic fields are projected through the skull into a person’s prefrontal cortex area of the brain. It’s really not as scary as it sounds. TMS is about the same strength as an MRI and has very few and minor side effects. The magnetic fields stimulate cells in the brain, altering neuronal activity and blood flow.

Aside from addiction and depression, TMS has been used to treat other mental health conditions, like anxiety, OCD, bipolar disorder, and chronic pain, with some success.

** I want to acknowledge that the “brain disease model of addiction” information presented above does have its challengers, including well-respected scientists and medical professionals. There are basically two camps. Regardless of which camp you’re in, neuroplasticity is an essential part of both addiction and recovery. You can read more here: Addiction and choice: theory and new data. and here: Addiction is NOT a Brain Disease, It is a Choice. 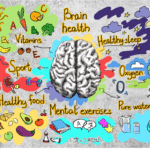 8 Fun Ways to Improve Your Brain 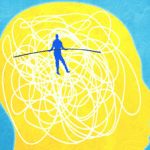 How Setting Goals Can Help and Hurt Your Mental Health