I’m excited to share with you this guest post by Dean Dauphinais who has a compelling blog, My Life As 3D, where he shares his journey as the father of a son in long-term recovery from addiction.

“A picture’s worth a thousand words.”

We’ve all heard that saying. The idea behind it is that a single image can convey a story just as well as a whole bunch of words, either spoken or written. I’ve heard that saying hundreds of times during my lifetime, but the meaning of it hit me hard last week.

A few months ago, the hard drive on the laptop I was using as my primary computer, which I inherited from my dad, crashed. It had a lot of photos from the last eight years or so on it and, like a fool, I had never backed any of them up. I was one of those people who didn’t think my hard drive would ever crash — until it did.

Luckily, a local computer repair shop was able to salvage all the data from the deceased hard drive and put it on an external hard drive for me. Whew! I was terrified that I had lost a whole lot of memories, but I was able to transfer everything over to a new laptop (which, by the way, I immediately backed up).

Then last week I got an email from a well-known online photo site. They were pitching their new online photo storage service at a special introductory rate. I usually delete emails like this, but I started thinking about my recent hard drive scare and reconsidered. Yes, I had backed up all of my photos to an external drive now. But what if something happens to that device? Then what?

I didn’t really want to spend the money, but my fear got the best of me — which I’m sure is what the company was hoping would happen — and I took the plunge and signed up for the photo storage service. The price wasn’t bad, the storage capacity they were offering was huge, and I would have peace of mind.

The next step was uploading several thousand photos from my computer to the “cloud.” While I was doing that, I took a trip back in time and looked at many photos of my son very closely. These photos went back to 2006, which was not too long after his issues with depression, anxiety, and addiction started.

What I saw in those pictures blew my mind.

In nearly every photo of my son, you could see the pain and anguish in his face. You could see how depressed and withdrawn he was. In a few “selfies,” which he took with my camera at some point, you could see that he was obviously high.

When my son was depressed and addicted, he didn’t really like having his photograph taken. I think it pained him to have his image captured because he was so uncomfortable with himself. I looked at hundreds of pictures of him while the uploading process was taking place and I could probably count on one hand the number of times I saw him smiling for the camera. And those smiles looked forced.

In a word, looking at those photos was heartbreaking. Here was visual evidence that my son went through some of his most formative years feeling miserable. Granted, my wife and I were trying to help him through his depression and addiction and we knew he was suffering. When the photos were originally taken, I don’t recall them having much of an impact on me; likely because they reflected how things were for us at that moment in time. That was our “normal” back then. But seeing the look on my son’s face in those photos years later reminded me of how bad things were.

A lot of the photos made me cry.

As the older pictures finished floating up to their new safe haven in the cloud, the more recent photos — the ones from after my son got clean and sober — queued up and got ready to follow. Let me tell you, the difference between the “before” and “after” photos is stunning.

The “kid” in the after photos is the complete opposite of his before counterpart. My son now looks outgoing and happy in pretty much every photo. And smiles? Whereas the before version wouldn’t/couldn’t smile if you paid him, the after version can’t not smile. Every photo shows his lovely grin, full of teeth that he even whitens now. Every time I see this Version 2.0 of my son, I want to ask him, “Who are you and what did you do with my real son?”

Then I realize: This is my real son. This is the son that was bottled up inside his body for years, suffering from depression, anxiety, and addiction. This is the son my wife and I knew was in there. The son we knew we’d see if his inner demons could ever be slain. It took some time, and it was a challenge to everyone involved — especially my son — but those demons are gone now. And I hope and pray that they never return.

After initially hesitating to spend $60.00 a year to store my photos online, I’m now thankful that I made the decision to do so. The whole uploading process allowed me to look back and see how far my son and our family have come over the last several years.

I could very easily print out a half-dozen or so photos, line them up next to each other, and you could see the story of my son: from his agonizing struggles of the past, to his happy, clean and sober being of the present.

And I wouldn’t have to say a word. 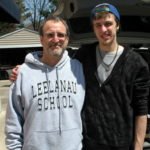 Dean Dauphinais works tirelessly to break the stigma associated with addiction. He is the author of the blog My Life as 3D: 3D-mensional musings from the Father of a Person in Long-Term Recovery from Addiction, a member of the Parent Support Network at the Partnership for Drug-Free Kids, and a Lead Advocate for Heroes in Recovery. He also blogs for The Huffington Post and The Fix. You can follow him on Twitter. 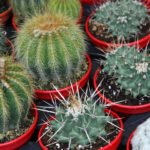 You May Have Been Given A Cactus, But You Don’t Have To Sit On It