You eat and are surrounded by known neurotoxins every day.

A neurotoxin is a substance that interferes with the electrical activity of nerves preventing them from functioning optimally. Neurotoxins interact with nerve cells by either overstimulating them to death or interrupting their communication process.

Studies have shown that neurotoxins can shorten the life span of nerve cells. These toxins have been linked to brain disorders, neurodegenerative diseases such as Alzheimer’s, Huntington’s, and Parkinson’s, and can cause serious reactions including migraines, insomnia, asthma, depression, anxiety, aggression, chronic fatigue, and even ALS. Neurotoxins may be partially responsible for the swelling numbers of children diagnosed with ADHD and autism.

The availability of neurotoxins has increased dramatically in the last few decades as our food has become more processed, and we rely more on synthetic, manufactured products and live in chemically treated environments. Restaurant food and junk food are notoriously known for containing high amounts of neurotoxic additives because they make the food taste good and make you crave more.

You are immersed in neurotoxins every single day of your life.

Known neurotoxins are allowed by the FDA in the food we eat and the water we drink. Because their bodies and brains are still developing, children are the most vulnerable to neurotoxins. It’s hard to avoid neurotoxins, but it is possible to limit your exposure with some effort and education.

You Have to Read Labels

Most food and personal care products containing neurotoxins have them listed right on the ingredients list, but, be careful, neurotoxic substances can go by many name variations which is one-way manufacturers can deceive you. A list of the most common offenders to avoid in food is below.

Sucralose (also known as Splenda): An artificial sweetener that is very popular in sugar-free products, especially sugar-free drinks. Sucralose was accidentally discovered while doing research to create a new insecticide, which is why some researchers suggested that sucralose should be listed in the insecticide category. This neurotoxin is regarded as a chemical cousin to DDT. Sucralose is a chlorinated compound. When the body breaks down this type of chlorinated compound, it releases toxic chemicals.

Aluminum: This type of metal is common in drinking water, over-the-counter antacids, and vaccines. Aluminum is hard for the body to absorb, but citrate or citric acid can dramatically increase its absorption. Many vaccines often inject aluminum directly into the body.

Mercury: This heavy metal is common in fish products, vaccines, and amalgam fillings (also known as silver fillings). Mercury can be found in drinking water too. One of the most toxic neurotoxins, mercury easily destroys brain tissue. For an excellent short video showing how mercury destroys brain tissue, read this article titled How Mercury Destroys the Brain.

Fluoride (sodium fluoride): This toxin is very common in drinking water and conventional toothpaste. Fluoride was used to kill rats before it was introduced into consumer products. The fluoride used for consumer products is a mixture of many hazardous chemicals. It is known as sodium fluoride, not to be confused with the natural calcium fluoride. This is why there are warning labels on fluoridated toothpaste. For proof that fluoride is a hazardous toxin, read this article.

Calcium caseinate: This toxin is popular in protein supplements, energy bars, and junk food and is harmful to the brain.

Sodium caseinate: This type of protein is common in dairy products and junk food. It has been linked to autism and gastrointestinal problems. Visit this site for more specific information about sodium caseinate and calcium caseinate.

Yeast extract: A popular food ingredient in many processed food, such as canned food. It is toxic to the brain.

Some of the most common neurotoxins and carcinogens to avoid in personal care products can be found here, The Dirty Thirty and here, The Environmental Working Group Cosmetics Database (good info on cleaning products too.)  The Campaign For Safe Cosmetics is also an excellent resource. 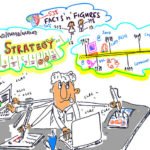 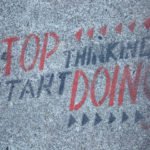