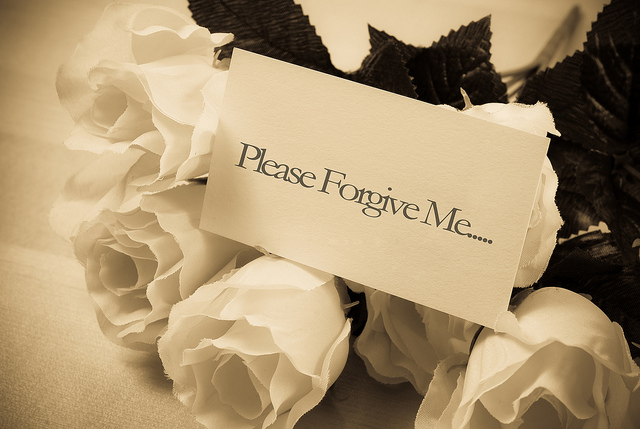 Forgiveness is one of those concepts that sounds admirable and everybody agrees that it is a good thing and wants to give it, but when it comes right down to it, it is not that easy.

Forgiveness is a gift that you give to yourself.  You do it for you, not the other person.  The receiving individual does not have to deserve it, need it or want it for you to reap the benefits.  Research has determined forgiveness to be positively associated with five measures of health: physical symptoms, medications used, sleep quality, fatigue, and somatic complaints (those pesky things that  have no real medical explanation, such as gastrointestinal problems, constipation, nausea, headaches, skin disorders, etc…) Studies have shown forgiveness to be associated with a reduction in depressive symptoms, blood pressure, and heart rate.

To hold a grudge, harbor hostility, resentment or anger creates stress within your brain and body.  Stress actually shrinks your brain, decreases serotonin levels, and plays a part in almost every disease.

Forgiveness may even play a role in healing.  Many believe that holding on to unforgiving feelings contributes to the inability to heal. Carolyn Myss, in Why People Don’t Heal and How They Can, says “Forgiveness frees up the energy necessary for healing.”  The Buddha said, ” If we haven’t forgiven, we keep creating an identity around our pain, and that is what is reborn.”

Elizabeth Lesser, in her book The Seeker’s Guide (previously published as The New American Spirituality), says “Humans are just inches away from paradise, but that last inch is as wide as an ocean.  That inch is forgiveness.” She goes on to say “….[F]orgiveness is an action, not an idea.  We understand karma; we practice forgiveness.  Like any difficult task we undertake, forgiveness requires both understanding and skill.  And like any skill, it takes time and practice to strengthen our ability to forgive.”

After my suicide attempt five years ago, I had a lot of forgiving to do.  First of all, I had to forgive myself.  That was a hard one.  I was disgusted that I was seriously brain injured and that I had DONE IT TO MYSELF!  I couldn’t even blame it on anyone no matter how much I wanted to. Forgiveness must be extended to yourself before you can give it to anyone else.  I began reading and practicing forgiveness meditations and exercises to offer compassion to myself for the first time in my life.  I began to feel lighter and happier.  It was as if I had set down weights that I did not even know I had been carrying around for a long, long time.

I sent emails to family and friends apologizing for disrespecting our relationships by trying to check out of here and for my behavior immediately after the suicide attempt/brain injury when there were no social controls working in my brain and I, sometimes, acted hurtfully.  Some people responded with compassion and understanding.  Some people responded with judgment and “How could you?” I understand both.

I had honest, open talks with my sons and apologized profusely for being ready to completely abandon them and for throwing their lives into a blender and pressing the “ice crush” button.  They were forgiving and, understandably, had some anger.  I have a feeling that we are going to have many talks in the coming years as they confront the wounds around this event and give words to feelings as adults.  I am prepared and want to help them to heal in any way I can.  I know that we are, by no means, finished.

Forgiveness is a process.  It is a practice.  It really is the gift that keeps on giving in so many ways to you and others. 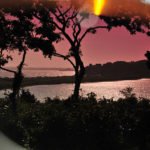 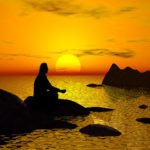 The Myth and Magic of Meditation

This Is How Your Immune System Influences Your Mental Health

How Someone Else Drinking Alcohol Can Damage Your Brain