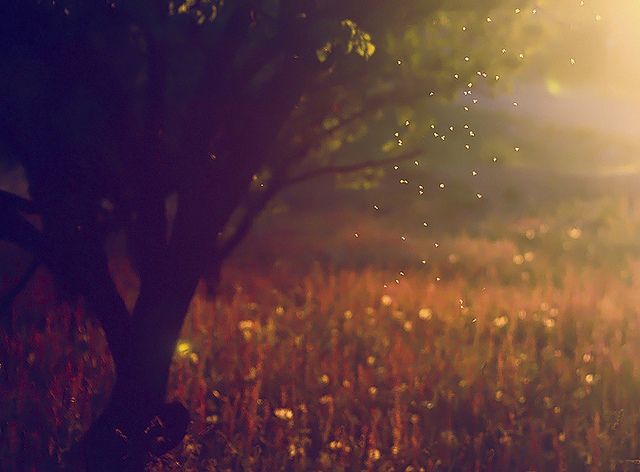 My speech is impaired from a brain injury resulting from a suicide attempt in 2007.  While it has improved considerably, it’s still not what anyone would consider “normal”  which left me feeling very self conscious, anxious, and inferior- this was especially amplified whenever I was in public.  Easy solution.  Don’t go out in public.  So, I didn’t.  After years of hibernating, I have s-l-o-w-l-y coming out of my self -imposed isolation.

I used to feel as if I had a thought bubble over my head following me everywhere, pointing at me, and reading “brain injured idiot.”  Desperately not wanting to draw attention to myself, I rarely spoke to anyone and tried to disappear into the background.  I tried really hard to appear “normal,” – whatever that is.  Now, I realize that I wasn’t the center of everyone’s attention, and, even if anyone did notice, so what? My ability to venture out into and interact with the world directly coincided with how comfortable I was with myself.  My impaired speech has been a catalyst for great personal growth and self acceptance. 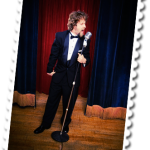 Early in my recovery days, I saw the comedian, Josh Blue, who won The Last Comic Standing in 2006 and has cerebral palsy, on television.  His speaking is slightly impaired, he walks with a limp, and his right arm waves uncontrollably around him with the hand curled while he performs.  Instead of letting his impairments limit him, he has made a very successful career for himself making jokes about them.  In his stand-up routine, he says “People ask me if I get nervous before coming up on stage.  I say ‘Heck no, I’ve got this many people starring at me all day.”  I remember seeing him and being just totally blown away because he took a deficit and made it a benefit for him. 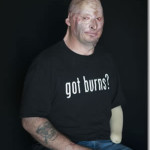 Bobby Henline, is a veteran who served four tours of duty in Iraq.  On the last tour, his Humvee was hit by an IED, and he suffered burns over 38% of his body losing his eyelids, ears and left hand.  His head was burned so badly that his skull was visible.  He turned his horror into humor and inspiration as he performs for the public and troops. He even jokes that his last tour “was a blast” and dresses up as very convincing Freddy Krueger.  He believes that, by telling his story, he is raising awareness and breaking through barriers.  On his website, he says “that comedy is about telling the bitter truth with a sense of good timing.” 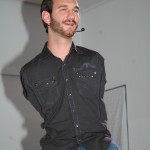 Most everyone has seen a video of Nick Vujicic, who was born without arms or legs.  He jokingly says that he does have a flipper which is very useful to him, and his motto is “no arms, no legs…no worries.”  At 28 years old, Nick has accomplished more than most people do in a whole lifetime.  Nick has traveled around the globe, sharing his story with and inspiring millions and just recently married.

These people are incredibly encouraging to me.  When I see them, I think “…and I am worried about talking a little funny?” I’ve gotten to the point that I still feel a wee bit self conscious sometimes, but not much.  I decided that I refuse to let my impairment limit my life in any way or to use it as an excuse to not live fully and it’s working!

As a matter of fact, like the examples above, I am actually finding my altered speech, surprisingly, to be somewhat of an asset, giving me an element of believability and credibility within brain injured and non-brain injured communities. An online friend, whom I met in person for the first time recently, even said that they found my speech “soft, kind and rhythmic.”  Their perspective was a reminder to me that others’ perceptions are going to be totally different from my own.

I’ve learned that what may seem like a drawback, can be uniquely turned around into an asset.  The difference is a matter of  perception of it and yourself.  Is there something that may look like a tragedy in your own life that can become a triumph? 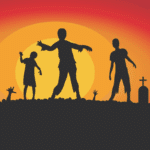 Making Friends with the Zombies (your subconscious mind) 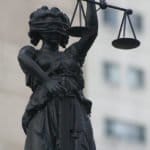 There Is Life After Depression