In his book Blink: The Power of Thinking Without Thinking, Malcolm Gladwell writes:

He tells of two scientists, Paul Eckman and Wallace Friesen, who spent seven years cataloging basic facial movements, which they refer to as action units.  They assembled the action units and how to interpret them into a 500-page document, the Facial Action Coding System (FACS) which has been used by researchers to study everything from heart disease to schizophrenia.   Computer animators even employed it at Pixar when making Toy Story and at Dream Works for making Shrek.  Those who have mastered the system and information yielded gain extraordinary insight into reading faces.

These action units are microexpressions which we both generate and read unconsciously.  Whenever a person experiences an emotion, that emotion is automatically, involuntarily expressed by the muscles of the face. We can use our voluntary muscular system to try and suppress the involuntary movements, but the authentic emotion will show up on the face if only for a fraction of a second.  “…[O]ur faces are governed by a separate, involuntary system that makes expressions that we have no control over” Gladwell writes.

He tells of Eckman first seeing videos of Bill Clinton in 1992 at the Democratic primaries and immediately spotting that Clinton had this way of rolling his eyes along with a certain expression that conveyed “I’m a bad boy.”

This process works in the other direction as well. The face does not just display emotion.  It creates it. “Emotion can also start on the face. The face is not a secondary billboard for our internal feelings.  It is an equal partner in the emotional process.”

When you smile voluntarily you even use different muscles than when you smile spontaneously.  A spontaneous smile utilizes the muscle that encircles the eye.  It’s almost impossible to tighten this on demand or conversely to not activate it when genuinely smiling.

Bet you are grinning like the Chesire cat about now. 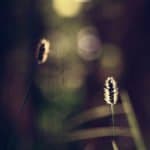 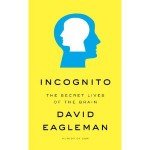 Seeing With The Brain