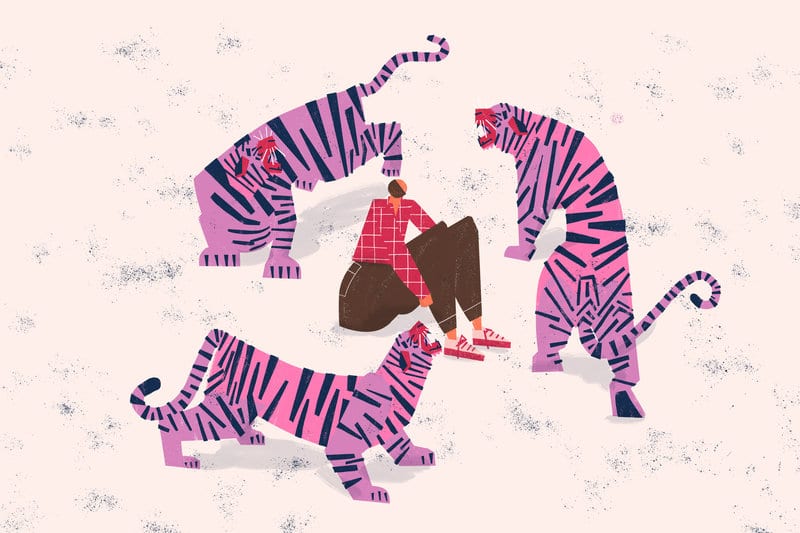 While depression is the most prevalent mental health condition worldwide, anxiety is more common than depression in the U.S. According to the Anxiety and Depression Association of America, it affects 40 million adults age 18 and older, or 18.1% of the population every year.

Anxiety Starts in Your Brain

Anxiety starts in your brain with your thoughts and can manifest into physical symptoms, including digestive disorders, memory loss, headaches, chest pain, numbness, dizziness, and more. In your brain, anxiety involves the limbic system interacting with the amygdala, hippocampus, and hypothalamus, to turn on the fear circuit.

Your brain’s prefrontal cortex evolved the highly complex ability of problem-solving. Your limbic system is a trend-spotter, idea-connector, and pattern-finder. When a dangerous thing happens, your limbic system analyzes everything that led up to it and tries to figure how to avoid it in the future. To do this, the limbic system attempts to connect the “bad thing” to something in your memory center or hippocampus.

When you encounter the “bad thing” again, anxiety is the result. It’s basically a learned habitual brain pattern. Through associative learning, conditioning from your environment, thoughts, and events get associated with fears, which may initially have nothing to do with each other. They become connected in your neural web and result in an anxious brain.

In the book, The Upward Spiral: Using Neuroscience to Reverse the Course of Depression, One Small Change at a Time, Alex Korb explains it like this:

Imagine you’re a baseball pitcher and you have a hat you always wear, and then one day you don’t wear the hat, and you lose the game and feel ashamed. Your limbic system wants to avoid that feeling in the future, so it notices, ‘Hey, I forgot to wear my hat. That must be the reason I lost.’ Even though not wearing your lucky hat probably didn’t cause the loss, once your limbic system assumes a possible connection, it becomes hard to unlearn it. From then on, not wearing the hat triggers anxiety.”

The Physical Effects of Anxiety

Because anxiety evokes the fear response, your body activates the fight-or-flight alarm and releases stress hormones like cortisol and adrenaline. Being in a continual state of stress can result in serious damage to your brain and body.

Although stress is important to your survival, too much of it long-term harms your physical brain and its functioning. A system that was originally designed to help our species is now a threat to it in many ways. Chronic stress makes you forgetful and emotional, increases your susceptibility to anxiety, depression, Alzheimer’s, and many mental illnesses. And it damages your brain.

While anxiety and fear activate the same stress response in your brain and body, triggering the release of hormones such as adrenaline and cortisol, they are technically different events. Fear is a reaction to actual danger, right here right now. Anxiety is concern over potential danger –  events in the future. It begins in your mind with your thoughts, and you can decrease it there.

Eight Ways You’re Encouraging Your Brain to be Anxious

In the book, Nerve: Poise Under Pressure, Serenity Under Stress, and the Brave New Science of Fear and Cool, Taylor Clark tells us eight ways in which we are unknowingly making ourselves more anxious.

Being born that way

Okay, technically you’re not doing this since you can’t control your genetics, but you can be born with a more reactive brain. Genetic influences are clearly a factor. Studies found that genetics contribute to about 30 percent of individual differences in vulnerability to anxiety.

Research has also shown that women are twice as likely to experience anxiety as men. It is thought to have something to do with at least, in part, how we raise our kids. From a societal behavioral standpoint, there is evidence to suggest that it is reinforced in girls. On the other hand, it is discouraged in boys, and they may even be punished for it.

Your genes are not your destiny. Epigenetics proves that your experiences, behaviors, and even thoughts can switch your genes on and off. Seventy percent is still under your control.

Your brain craves control, and it’s happier and calmer when it feels more in control — even if it’s just an illusion. Feeling in control can reduce anxiety, worrying, and even physical pain. One way to look at anxiety is to think of it as your brain’s drive to eliminate all uncertainty. But it’s not ever really in control and to seek it — to try to find certainty in an uncertain world — only causes more worry and anxiety.

In his book, Nerve: Poise Under Pressure, Serenity Under Stress, and the Brave New Science of Fear and Cool, Taylor Clark writes:

An essential element in managing anxiety is learning that life is inherently changing and uncertain and getting okay with that.

Worry isn’t just unpleasant, repetitive, and a waste of your time and energy. It actually impedes you from getting over your fears. Worry is thought-based and made up of the self-talk in your head. The same circuits in your brain’s frontal lobe that perform complex planning and problem-solving allow worrying. In your brain, the only difference between worrying and planning or problem-solving is the amount of emotional involvement and self-oriented processing. Some people have positive associations with worry believing that it helps them be prepared and to figure things out.

The lack of a negative outcome actually reinforces the worry habit in your brain. Your brain learns from experience. Because feared events rarely follow worry, it starts thinking there’s a causal connection. 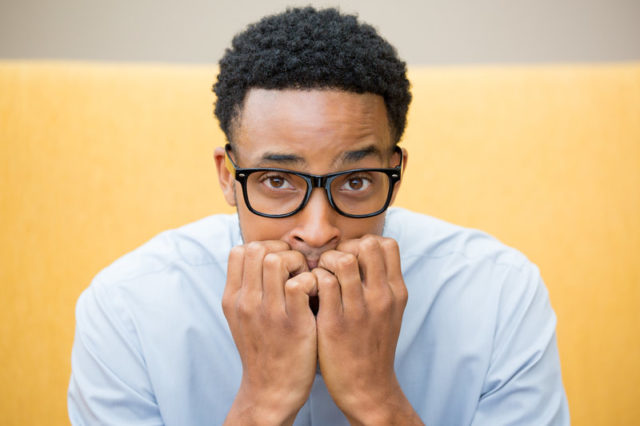 Suppressing your feelings and thoughts

Your experience probably tells you that attempting to control your thoughts backfire. Science (“don’t think about a white bear” experiments) shows that trying to suppress a thought makes it occur more often. The same is true with emotions. Research shows the more motivated people were to try to squelch their anxiety, the harder it was. Emotional suppression boomerangs. Taylor tells us that it worsens memory and actually increases nervous system activation and mental distress.

Instead of stifling difficult feelings or thoughts, you want to aim for just letting them be.

Your brain’s top priority is always your safety. For this reason, Mother Nature was kind enough to program the amygdala to ensure your survival. Babies come into the world with certain innate fears: snakes, spiders, heights, darkness, sudden loud noises, and closed-in spaces. Over our lives, we add many more fears which we learn from the people in our lives and our experiences. These fears are often not rational or reasonable.

How many people would list heart disease as their number one fear? It’s the number one killer in the U.S.

You can’t believe everything you think.

You can’t believe everything you think. Your brain conjures up fears and worries that are based on biases and inaccuracies. Your brain overestimates the likelihood of negative events. The more anxious you are about something, the more biased and error-prone your thinking about it becomes.

The more civilized and further removed from any real mortal danger we become, the higher anxiety soars. Huh? Surveys of developing-world countries show a fraction of the anxiety issues modernized societies face. Psychologists aren’t really certain as to the exact reasons, but here are a few proposed contributing factors:

Information overload is a reality for us all — especially the kind that activates our amygdalas and heightens our fears. Cancer. Crime. Death. Destruction. Although these things aren’t imminent daily threats most of the time for most of us, we all see it every day in the media. The modern lifestyle hits your brain the hardest.

Lack of connection is all too common. Humans are social animals who need contact with one another. Your brain’s top concern is always your survival. There’s safety in numbers. That’s why your brain likes to be part of a group and experiences stress when it’s not.

“Feel-goodism” is another possibility. It is the idea that bad feelings should be annihilated, controlled, or erased with a pill. This belief goes against reality and causes us to struggle with the human condition. Sometimes things are going to go wrong and be painful. It’s part of life. We would do ourselves a favor to manage our expectations here.

Disappearing into the future

Physically, humans are the nerds of the animal kingdom. Clark puts it this way:

As animals go, humans are almost embarrassingly scrawny and frail. We have no fur or hide to protect us from the weather, we have no sharp claws or teeth to defend ourselves, and we’re far weaker than our larger primate cousins… Our main advantage over other species is our massive prefrontal cortex, which enables us to design  tools, communicate through language and form complex plans for the future.”

Our bigger brains allow more complex thought and planning, but the price for this is anxiety. Anxiety is about the future, but our brains and bodies react as if the threat is happening now. Bringing your mind back into the present — mindfulness — is the answer. Mindfulness successfully lowers and controls anxiety because it actually changes and calms the brain. 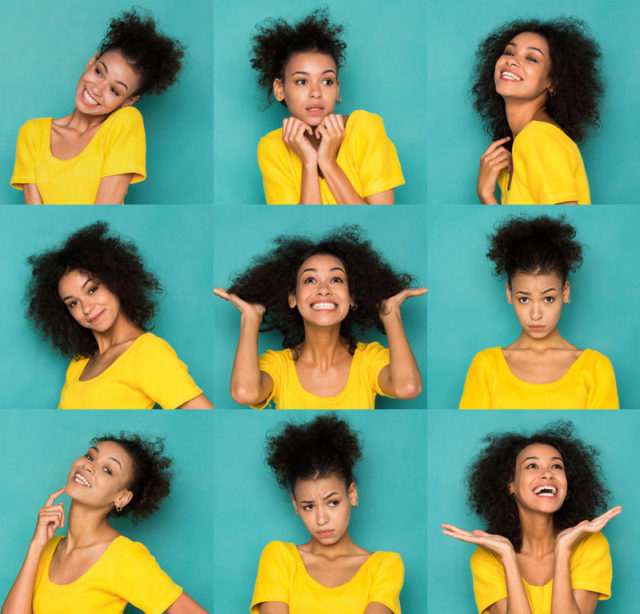 Avoiding what scares you

It seems like it makes perfect sense. Just avoid the things that scare you and cause anxiety. However, the negative effects of this strategy are crippling. Avoidance reinforces the fear in your brain and guarantees that it lives on. Clark explains:

The link between evasion and fear preservation is so strong that psychologists consider chronic avoidance to be the central feature of an anxiety disorder, a state of anxiety persistent and intense enough to interfere with a person’s life.”

However, Clark does not advocate “facing your fears” or “confronting” them. He feels this sets up an adversarial relationship where there’s a winner and loser. Instead, he recommends that we embrace and learn to work with our fears to reduce stress and anxiety. He puts it this way:

Fear and anxiety are a great, rushing river upon which we float in our bobbing little kayaks. We can paddle furiously against the stream in a futile struggle to get upstream and avoid the rapids, or we can work with the current and use our energy to navigate the challenges ahead. The choice is always ours.” 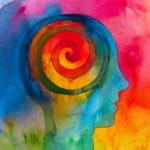 How to Help Your Anxious Brain Focus 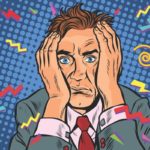