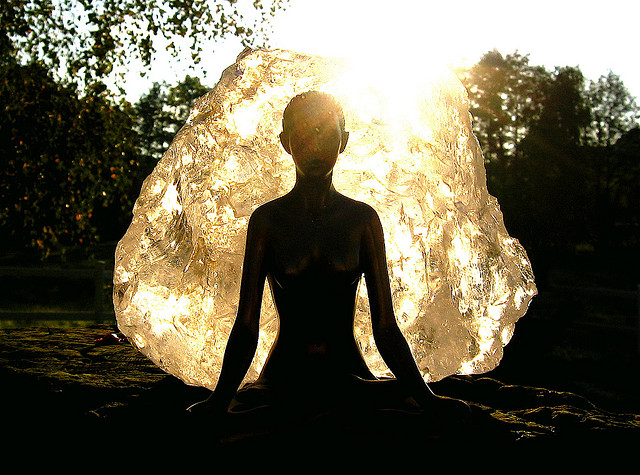 When someone says the word meditation do you think of a granola head sitting cross-legged on a pillow with their fingers held daintily just so humming? While meditation can be a spiritual practice, its fundamentally about learning to alter consciously and control the brain waves. When practiced regularly, meditation actually changes your brain.

Meditation has been a large part of my recovery from a brain injury. I have a daily practice, and, OK, I do eat granola.

The Different Brainwaves of Meditation

Everybody already performs light meditation even if they don’t know it. This brain state occurs when a person becomes so engrossed in an activity that they lose track of time and aren’t thinking about the bills or to-do list. Their attention is only on the task at hand while experiencing a sense of calm and a laser beam focus. This alpha state in the brain can occur while gardening, in nature, writing, cooking, or anything and is the most relaxed a person can be while remaining awake. I have a friend who says he experiences this while riding his motorcycle.

Deep meditation takes a person further into that half asleep, half awake state where they are aware of their surroundings, but are not actively conscious of them or interacting with the exception of moving meditations, such as tai chi, yoga, and labyrinth walking. At this level of meditation, the brain produces theta waves which appear at the first stages of sleep.

While in theta brain state, the happy chemical, serotonin, is released and a person’s blood pressure goes down. Brain scans of people who practice meditation show higher activity in the frontal lobes which are essentially our humanness. There is also increased activity in the thalamus which helps different parts of the brain talk to one another and is very involved in the processing of sensory information. These changes continue even when the person is not meditating.

Within reason, in my opinion, there is no right or wrong way to meditate. To put a lot of pressure on yourself to meditate “the right way” defeats the purpose. There are many different flavors of meditation – some vanilla versions and some down right strange, but basically, all practices involve three essentials:

I started meditating after sustaining a brain injury from a pill-popping suicide attempt in an effort to reduce the extreme anxiety shown in my brain waves on a qEEG. I have to admit, at first, I had no idea what I was really trying to do and read books, listened to instructional cd’s, and began with guided exercises. I’ve tried meditating with my eyes half-open, and staring into a candle flame and settled on my own method of meditating/visualizing with my eyes closed while playing music and humming on the exhale.

Because I like to feel the vibration of the music, I like Gregorian chants, Celtic songs, classical music with the chords of a piano or violin, anything with a good vibration to it. Because I have a speech impairment from the brain injury,  I like to hum on the exhale because I can feel the vibrations in my throat and nasal passages.  I know this practice sent energy to those areas, helped them heal, and improved my speech.

The third element of meditation, “exercising passive awareness of the mind,” I find ridiculously hard, but therein is the most beneficial work of the practice. The goal is to become detached from your thoughts and just observe them without getting wrapped up in them. I’ve heard this concept described as noticing your thoughts like you would a passing cloud. You notice the thought and let it go right by. When this happens, and, it most certainly will, a person just labels it “thinking” and returns the focus back to the breath, word, or sound.

Building awareness of and detachment from thoughts is a goal of meditation and why it’s called a practice.  It’s a learning process and can take years or a lifetime. I’ve been meditating for years and still find myself thinking about the crud in the dog’s ear or the grocery list.  That’s OK and part of the exercise of meditation.

The concept and understanding that I’m not my thoughts were huge for me. I used to think I was a horrible person because of some of the thoughts I had. Now, I still have shocking, not-so-nice and wacky thoughts (we all do if we are honest), but I do not define myself by them anymore. These days, I’ve learned to choose which thoughts I believe and act on. It is a choice. You can’t choose what you think, but you can always choose which thoughts you put energy into. Choose wisely. 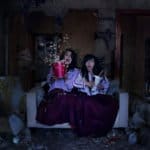 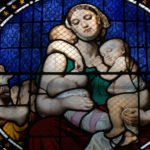