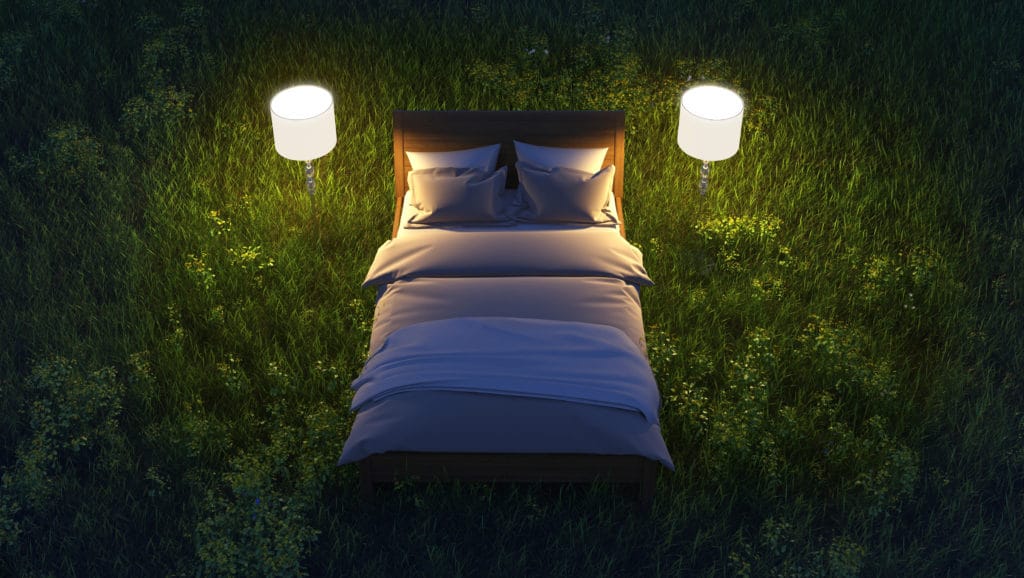 Every aspect of your life is impacted by sleep, from your appearance and health to relationships to success at work, but it hits your brain the hardest. Your brain’s entire electrical and chemical systems are influenced by your sleep – or lack of it. Unfortunately in today’s hurried, get-more-done, worried world, poor sleep and sleep deprivation have become the norm rather than the exception.

Poor sleep is one of the most common symptoms of depression, contributes to developing the condition, and perpetuates it. Sleep troubles can lead to depression and depression can lead to sleep troubles. Poor sleep not only means the actual quantity of hours spent snoozing each night but the quality of that sleep as well.

Sleep In A Depressed Brain

Your brain cycles through different stages of sleep several times a night, which determine the quality of your sleep. After an initial five to ten minutes in stage one sleep, your brain moves into a deeper stage two, and over the next hour it goes to stages three and four in which the electrical activity slows way down. Hence, these periods are called slow-wave sleep. After slow-wave sleep, your brain progresses into REM (rapid eye movement) sleep, in which it becomes a lot more active.

Studies have shown that people with depression experience more REM sleep and spend less time in slow-wave sleep, which means their sleep is not as restful. In fact, one of the ways antidepressant medications help is that they reduce REM sleep. Your brain runs through the sleep cycles sequentially about every hour and a half and then starts over again at the beginning. So, if you don’t sleep contiguously and you don’t get to go through the entire cycle, your slumber is less restorative to your brain. The quality of your sleep suffers, which you’ll feel even though the number of hours slept may be adequate.

Interestingly, if you wake up in cycle one, you feel more rested than if you come out of one of the other stages. You can actually purchase alarm clocks and applications that monitor your brain waves and wake you up in stage one. However if you wake up at the same time every day, your brain naturally rouses you in stage one.

Depression and sleep problems go hand-in-hand. While many factors contribute to this, a big one has to do with the communication between the brain’s prefrontal cortex and limbic system during sleep. Fundamentally, depression is a malfunction in a brain’s frontal-limbic communication system of which the hippocampus is an essential part. Alex Korb, in The Upward Spiral: Using Neuroscience to Reverse The Course of Depression, One small Change at a Time explains it this way:

The daily fluctuation in your bodily chemicals, called circadian rhythms, impacts your sleep. Naturally, the rhythms, which are controlled by the brain’s hypothalamus, would function on a 24-hour cycle synchronized with the sun, but because neurons connect your eyeballs to your hypothalamus, these rhythms are affected by lights. Sleep quality is best when your sleeping schedule is in sync with your circadian rhythms. Lights and electronic screens – even phones – can throw off your biological clock and sleep.

While you don’t need to walk around in the dark, dimming the lights in your house and limiting exposure to screens near bedtime will help improve the quality of your sleep.  It will also help to make sure your bedroom is really dark with no LEDs emitting light that disturbs your subconscious brain.

Circadian rhythms get tied to your routine sleep schedule and can be messed up by changes in your bedtime. Your brain gets used to going to sleep at a regular time and sets in motion a kind of shut down sequence, releasing melatonin preparing your brain for sleep. If you change your bedtime, you may get the same number of hours, but the quality of your sleep suffers. Try to stick to a regular bedtime, even on the weekends.

Melatonin, produced from serotonin which is adversely impacted in depression, release prepares your brain for sleep and is improved by exposure to sunlight. So, getting out in the sunshine during your day will boost serotonin, a good-feeling neurochemical, levels which will improve melatonin release and sleep. Circadian rhythms also influence hunger, alertness, and body temperature.

When depressed, a person often has trouble thinking clearly and making decisions and poor sleep only compounds this. Because sleep problems affect the prefronal cortex, your thinking brain, they contribute to more rigid thinking, an inability to make decisions, and attention deficits, which all further contribute to the cycle of depression.

It’s common with depression to have a busy mind that can’t settle down enough to go to sleep and that may even wake you up worrying. This happens when the prefrontal cortex of your brain is active when it’s supposed to be resting. Anything you can do to reduce worrying during your day and before bed time will help diminish this.

Sleep is essential for learning and memory. Your brain’s hippocampus, which aids in forming new memories, functions best after a full night’s sleep. (Wish I’d known that before pulling those all nighters in college!) Quality is important here, not just quantity. In one study, subjects who spent the same amount of time sleeping, but were kept from remaining in slow wave sleep by slight disturbances, had impaired functioning of the hippocampus the next day. This would be the equivalent of sleeping with the television or music on. Even though it may not wake you up, your subconscious brain is still aware of it and while you may sleep for the same amount of time, your sleep quality is going to be lower.

A study of mice found that during sleep, the flow of cerebrospinal fluid in your brain increases dramatically and washes away all of the broken-down chemical junk that built up between brain cells during a day of thinking. Allowing this trash to pile up at the very least impairs the brain’s ability to function optimally (as is the case in depression) and may contribute to neurodegenerative diseases like Alzheimer’s and Parkinson’s.

Sleep hygiene refers to the combination of your actions preceding sleep and your sleep environment.  It’s just like dental hygiene.  If you take good care of your teeth, you are likely to have fewer cavities. It’s not a guarantee, but you will probably have better dental health. Studies show that improving your sleep hygiene improves the quality of your sleep which can help relieve depression or even prevent it in the first place. Quality sleep requires a calm, quiet brain allowed to cycle through the sleep stages undisturbed which it can’t do if you are worried, in a noisy, uncomfortable environment, or disturbed by other things.

In his book, The Upward Spiral: Using Neuroscience to Reverse the Course of Depression, One Small Change at a Time, Alex Korb, recommends the following practices for quality sleep: 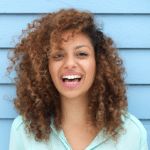 How To Find Your Happy Place 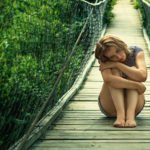